The judge on Friday denied the state’s request for an injunction that would have resulted in the immediate closure of Gourmeltz restaurant in Fredericksburg. 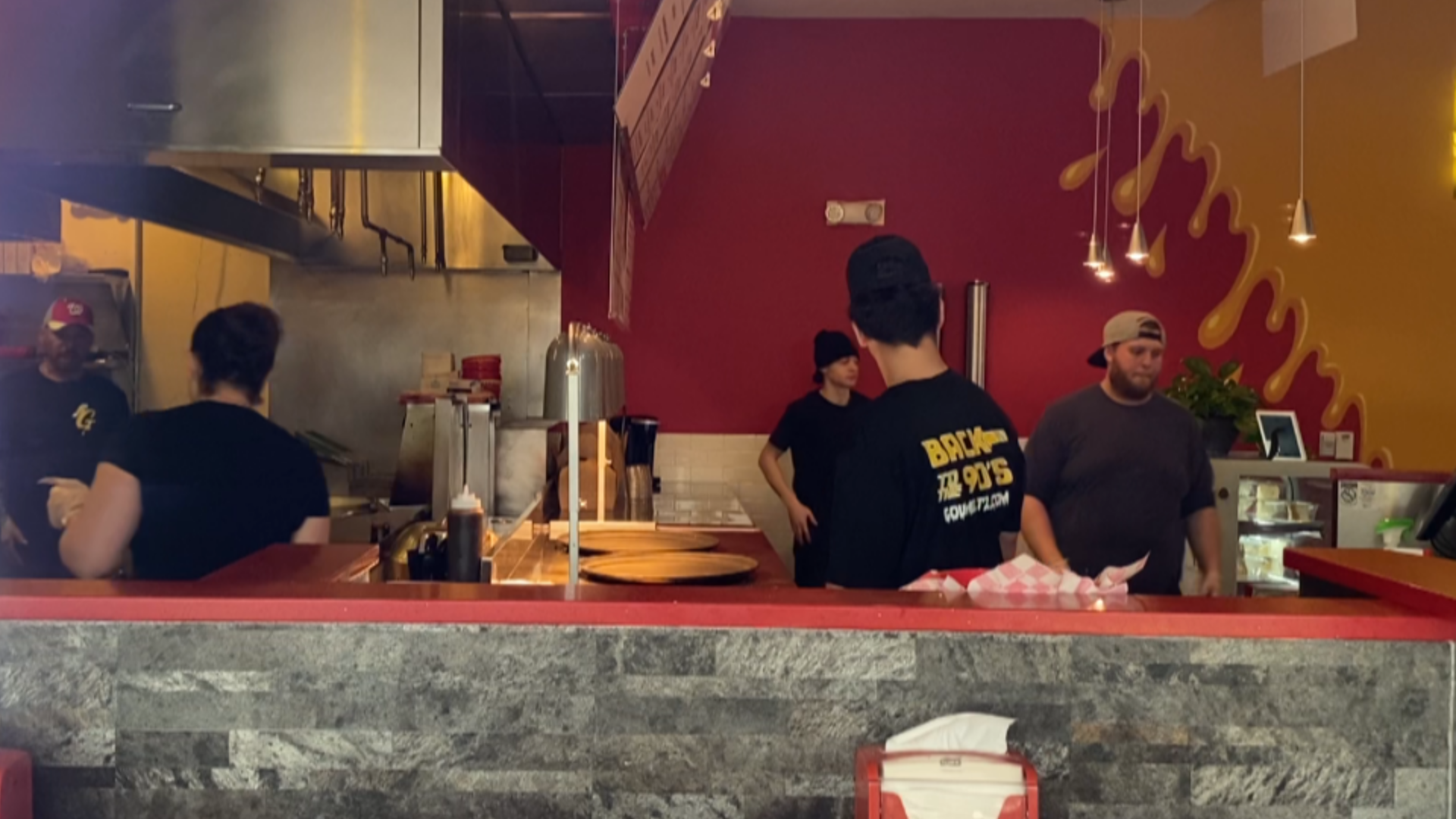 FREDERICKSBURG, Va. — A Virginia judge has refused to issue a preliminary injunction against a restaurant whose owner has defied Gov. Ralph Northam’s COVID-19 restrictions on businesses.

The judge on Friday denied the state’s request for an injunction that would have resulted in the immediate closure of Gourmeltz restaurant in Fredericksburg.

The judge said the state had failed to show that an injunction was in the public interest or that it would be harmed without one.

Restaurant owner Matt Strickland believes Northam's mandates are unconstitutional. He has refused to stop serving food and alcohol despite having his licenses suspended by public health officials.

Inside the restaurant and bar on Route 1 in Spotsylvania County, there is not a mask in sight -- not on the workers, nor on the customers sitting at the bar.

Virginia health departments orders ban any customers from even sitting at the bar. The orders require all employees to wear masks.

Even some of Strickland's customers are skeptical of his defiance.

"That's kind of stupid," said Dedrick Napper, who was on his way in to buy lunch. "The mask is not a big deal. You should wear a mask," he said.

"If you do what the government says just because they say so, they'll keep taking and taking and the things you give them you'll never get back," Strickland said.

Credit: Bruce Leshan
Maskless employees keep Gourmeltz restaurant in Fredericksburg open as the owner (not pictured) defies a health department order to close for violating rules designed to slow the spread of COVID.

"It’s crucial that everyone play their part and adhere to the COVID guidelines in order for Virginia to return to normal as quickly and safely as possible," said Charlotte Gomer, a spokeswoman for Virginia Attorney General Mark Herring.

Gourmeltz "has been serving customers without a single incident of COVID-19, including any potential reports through contact tracing, nearby outbreaks, or any customers or employees testing positive, since the outbreak began," said his lawyer, former Republican Rep. Bob Barr of Georgia.

A fund drive to support the restaurant has raised more than $9,000.

The judge is slated to rule by Friday -- and he has the full weight of law enforcement behind him.