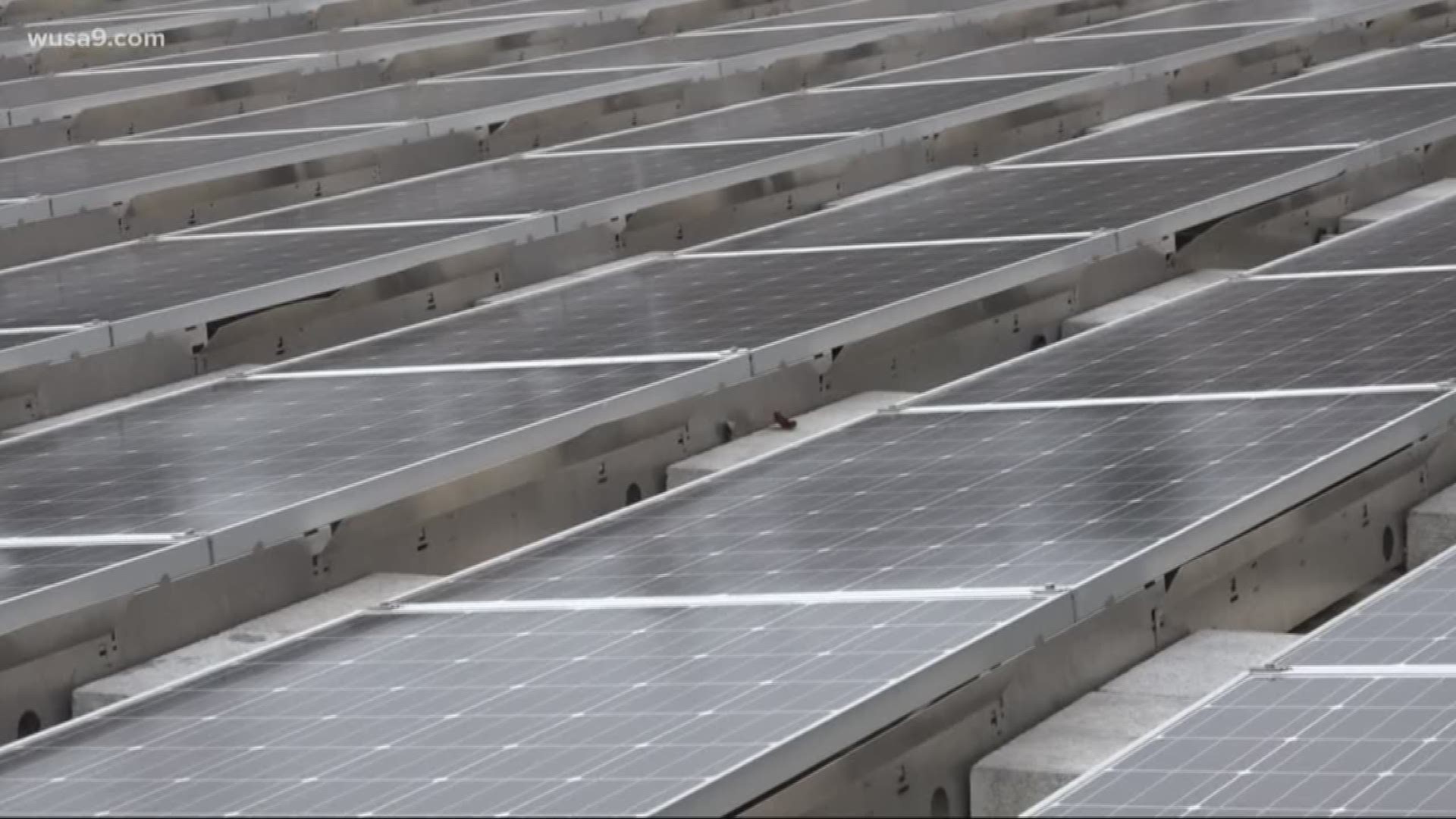 ARLINGTON, Va. -- Arlington County Public Schools signed a contract on Thursday night that they say will save them millions of dollars.

Five of their schools will be made over with solar panels as part of a power purchase agreement, or PPA, with a Charlottesville, Virginia firm called Sun Tribe Solar.

Arlington schools said the deal is a financial and energy win as the solar panels will come with a fixed rate and be installed at no cost to the district.

RELATED: DC is first US city to establish 'environmentally-friendly' bank

Cathy Lin, APS’ Energy Manager and Storm Water Program Administrator, said the district will save more than four million dollars in electricity costs over the course of 25 years.

“Anything that we can do to reduce our operational costs, our energy costs, really helps our district,” explained Lin. “Because then we can share those budgeted funds for teaching and learning opportunities.”

“Sun Tribe Solar will install the panels and also maintain it for us,” said Lin. “The power that’s generated will be used at our school and we will pay for the power that’s produced by these panels.”

Like Discovery Elementary, Fleet Elementary is being designed to be net zero-energy. Lin said the solar panels will provide all the energy for Fleet and could save more than $100,000 a year in energy costs as they do at Discovery.

“It’s significant for us as a school district to save that,” said Lin.

The other schools, which are larger campuses, won’t get all their energy from the arrays. But, they will help offset costs.

Arlington schools said it is the first school district in Northern Virginia to enter into a solar power purchase agreement.

“We feel like it’s a great opportunity to grow renewable technology in Virginia,” said Lin.