Family of Va. man shot by ICE officer says he was unarmed

Kelvin Bass said his nephew was non-violent, did not own a gun and was not armed. 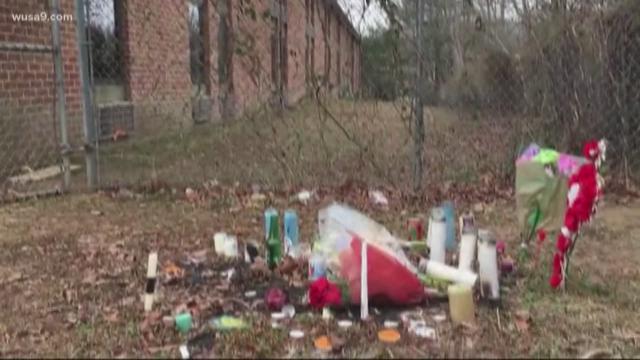 The family of Mario Dantoni Bass who was shot to death by an Immigration and Customs Enforcement officer says Mario was unarmed.

The U.S. Marshals Fugitive Task force came to the Days Inn in Dumfries, Va. on February 23, Friday morning looking for Bass, who was a 37-year-old father of five.

They not only found him, they shot him to death behind the hotel as he tried to flee.

Bass said his nephew was non-violent, did not own a gun and was not armed.

"You know Mario wasn't armed because if Mario was armed, the police department would be showing pictures of the gun. They'd be saying, 'this guy was armed, we were justified in shooting him,'" said Bass.

Family mourns Mario Bass, 37, shot to death by ICE officer. Family says he was not armed and did not deserve to be killed running away from fugitive task force at Dumfries hotel. @PWCPolice investigating. Family wants independent investigation. Story at 5:30 on @wusa9 pic.twitter.com/pX7KCqSllQ

Bass said Mario was at the Days Inn with his girlfriend and he believes Mario’s ex-girlfriend tipped off authorities.

Prince William County police say Mario Bass was wanted on 11 outstanding warrants, including a domestic-related abduction that happened two weeks ago. The other warrants were for auto theft, identity theft, and traffic violations.

There’s no doubt Mario Bass was on the run. When the fugitive task force arrived, they knocked on his door and he fled by crashing through a two story window. On the ground, police say he scuffled with a member of the task force and then was shot by the ICE officer.

"Prince William County police were there. They should not be investigating themselves. We want an independent investigation," said Bass.

Prince William County Commonwealth Attorney Paul Ebert will decide whether to file criminal charges against the ICE officer. Ebert said he can’t comment since the matter is still under investigation.

Mario Bass was an American citizen, the matter had nothing to do with immigration. An ICE spokesperson said that federal agents often assist on federal task forces.

Mario Dantoni Bass will be buried on Saturday in his hometown of Wilson, North Carolina.