Donald Trump is moving resources out of Virginia

The Trump Campaign is pulling resources out of Virginia. The campaign said while it remains "absolutely committed to winning in Virginia," it is reallocating some of their staff to the "priority" state of North Carolina. 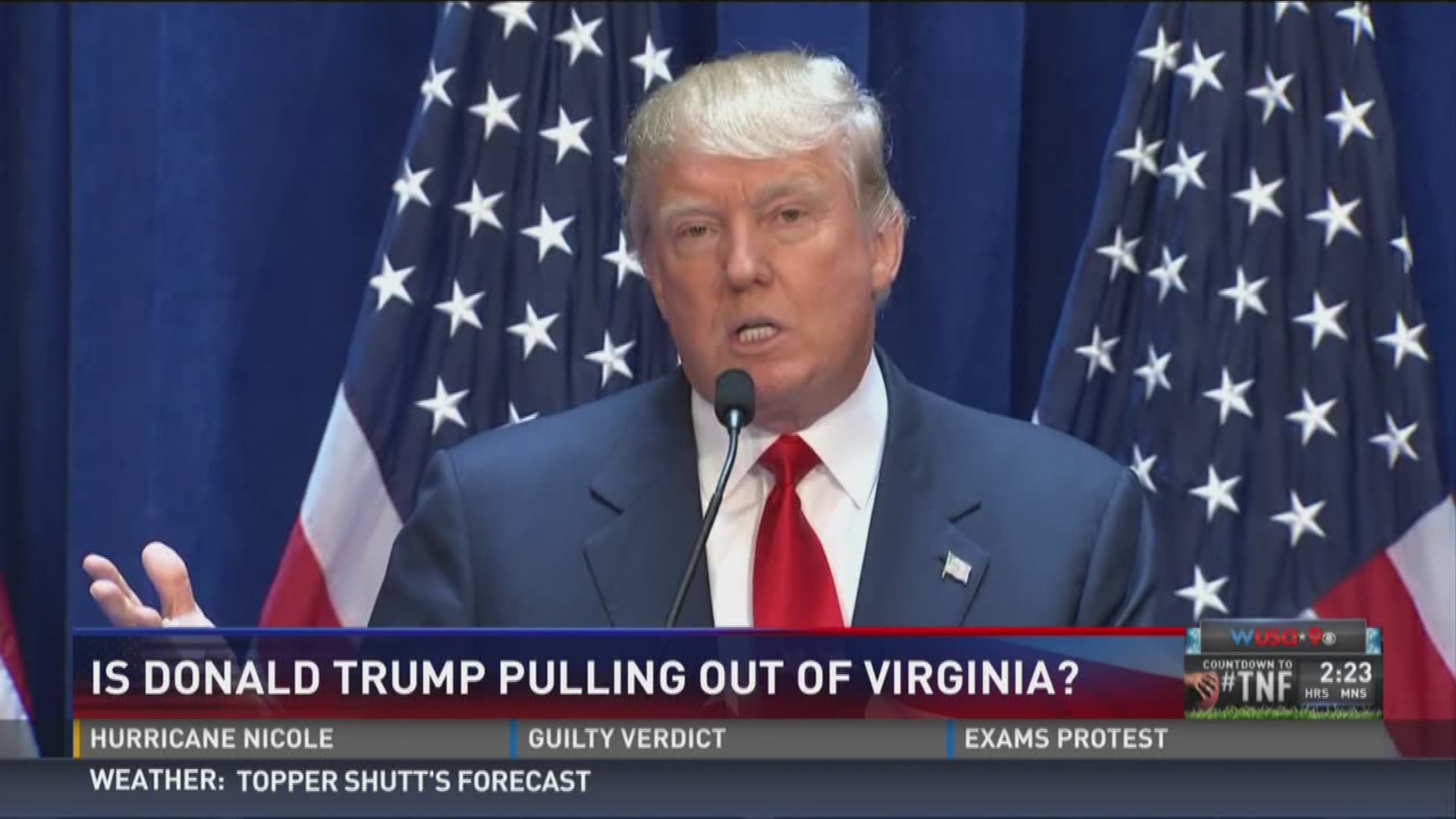 The Trump Campaign is pulling resources out of Virginia. The campaign said while it remains "absolutely committed to winning in Virginia," it is reallocating some of their staff to the "priority" state of North Carolina.

This comes less than a week after the release of a 2005 video depicting Donald Trump bragging about sexually assaulting women.

"Virginia approximates so closely to the national vote totals in the United States. If they can't win in Virginia, I really doubt that they can't win the presidency," Rozell said.

"I think at this point, the Trump people are really trying to hold the really solid red states," he added.

"The state is win-able. It's just that the RNC never made the investment. There's never been an ad campaign. And that's why they're trailing so badly in the polls in Virginia," Stewart said.

He doesn't think that 2005 bus video will hurt him in the polls.

"You know the Democrats actually gained seats on the heels of the Monika Lewinisky story. And it just goes to show that then and now, people are much more concerned about the economy, jobs, the big issues and not so much about these sex scandals from years ago," said Stewart.

Stewart said he doesn't believe the recent allegations from several women who said Trump made unwanted sexual advances by touching them and kissing them.

And the 2005 bus video isn't stopping Stewart from continuing to endorse Donald Trump. Stewart said he's loyal to a fault.

"If there's one person left in this country who is loyal to Donald Trump in the end, it's going to be me," he said.

Stewart doesn't think his support of Trump will hurt his next campaign for Virginia Governor. But Mark Rozell said politicians who support Trump will have some explaining to do.

"I think it's a big problem. I like loyalty. I like people who are loyal. But, on the other hand, you have to ask the question, loyal to what?" Rozell said.

He said GOP leaders could have denounced Trump from the beginning after his first bigoted statement which he made at his campaign launch last year when denigrated Mexicans.

"I think there's going to be Hell to pay for a lot of Republicans in the future for how they handled the situation with Donald Trump. People are going to ask, 'Where were you when these revelations came out? What was your position? Where was your leadership?'" he said.

Rozell also said Democrats will keep playing that bus video over and over in campaigns against any Republicans who supported Trump.