Virginia has 11 House seats. Seven are currently held by Republicans and four by Democrats. 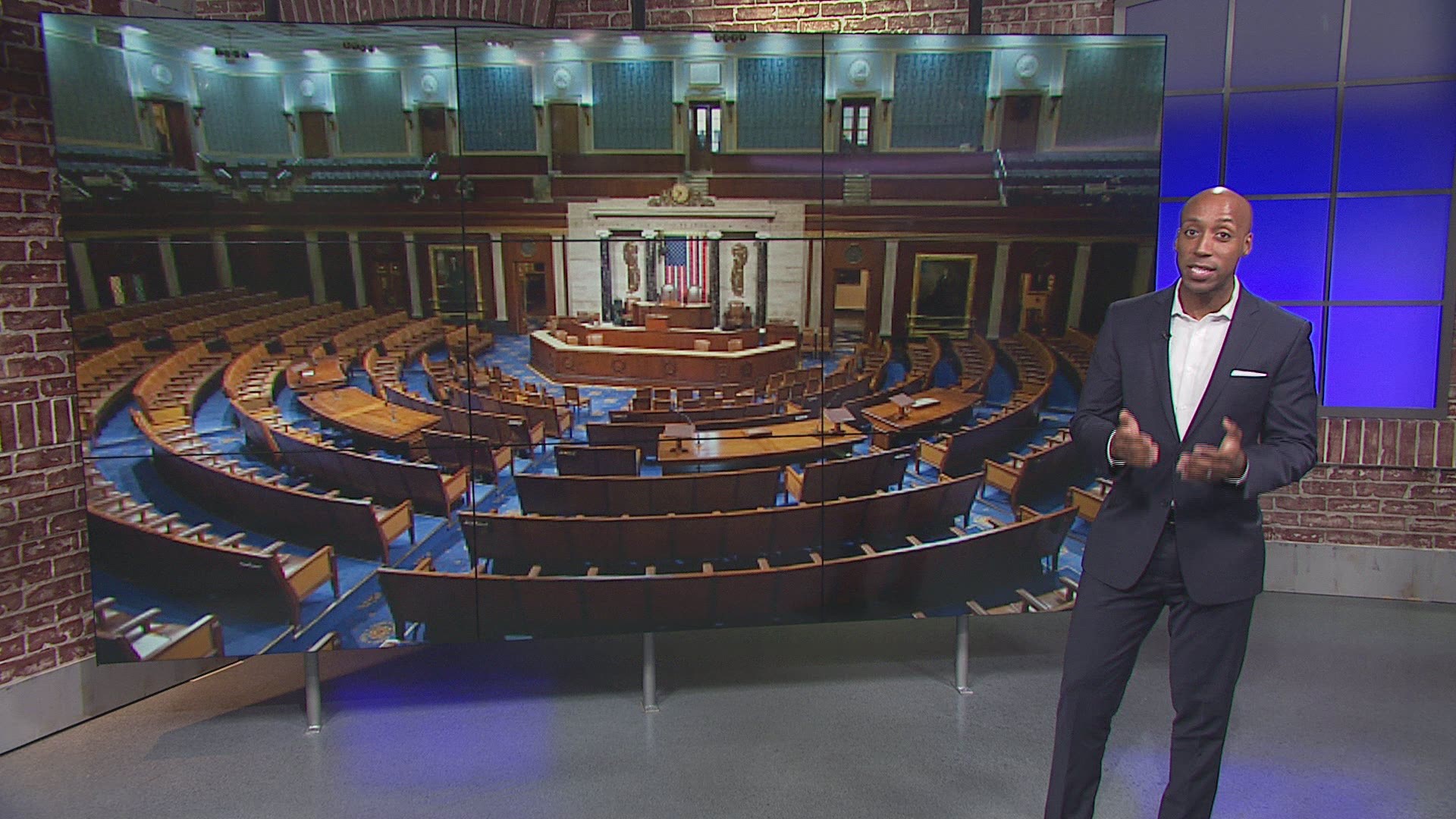 VIRGINIA -- There’s a lot at stake in the midterm elections.

Republicans are currently in control of Congress and the White House. However, Democrats are confident they can regain some power in Washington by taking control of the House of Representatives.

All 435 House seats are up for grabs Tuesday. The GOP is fighting to maintain their majority, but Democrats are hoping to pick up an additional 23 seats to win, which include several Congressional districts in Virginia now considered “toss-ups.”

Virginia’s 10th District hasn’t elected a Democrat to the House in 36 years, but Republican incumbent Barbara Comstock has been trailing in polls favoring her Democratic Challenger, Jennifer Wexton, a state senator and former prosecutor.

Former President Barack Obama surprised campaign volunteers in Fairfax Monday and said of Wexton, “I am so excited to be campaigning and helping out Jennifer who is part of this wave of remarkable candidates we’re seeing all across the country.”

Virginia’s 7th District hasn’t been blue since 1971. Nixon was President.

This election, Republican incumbent Dave Brat, who pulled off an upset when he ousted Majority Leader Eric Cantor in a 2014 primary is now facing serious competition from Democrat Abigail Spanberger.

Spanberger is a former CIA operative. She was endorsed by former GOP Senator John Warner last week. He represented Virginia in the U-S Senate for 30 years.

Bratt was endorsed by Vice President Mike Pence who tweeted, “@DaveBratVA7th is a conservative fighter who stands up against the establishment & WITH @RealDonaldTrump. We need more leaders like him who listen to the people of Virginia and put them first. Vote Dave Brat for #VA07!”

Democrats are also vying for wins in Virginia’s 5th and 7th districts. While President Trump took both districts in 2016, Democrats are hoping suburban voters will cast ballots in their favor to show President Trump they’re dissatisfied with his actions, comments and divided country. The deadly 2017 Unite the Right Rally occurred in Charlottesville, which is in the 5th district.

Virginia has 11 House seats. Seven are currently held by Republicans and four by Democrats.

If Republicans retain control of the House, President Trump and the GOP can proceed with their agenda with few roadblocks. However, under new leadership, the majority party decides which legislation to take up and President Trump would have to negotiate with Democrats on government spending and legislation.

The House can also begin the impeachment process and house committees can also conduct investigations and issue subpoenas to demand information from government agencies for oversight.

Polls close in Virginia at 7 p.m.