The kids reunited with their aunt who lives in Alexandria nearly two weeks after the explosion killed their mother and separated them from the rest of the family. 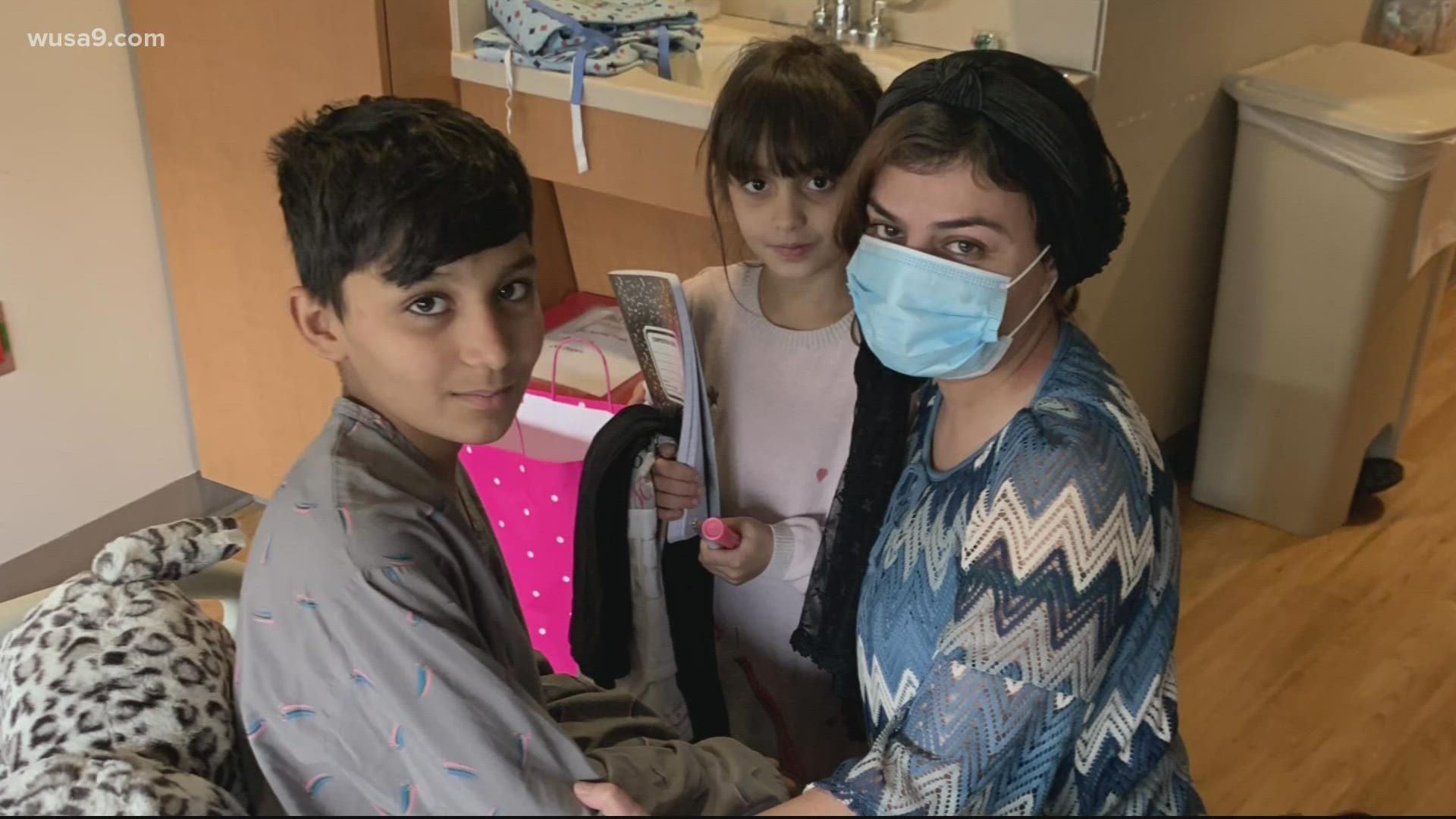 ALEXANDRIA, Va. — A young brother and sister injured in a suicide bombing and torn from their family outside the airport in Kabul nearly two weeks ago have reunited with relatives at Walter Reed National Military Medical Center.

Their aunt Ferishta, who chose not to reveal her last name for safety reasons, visited 13-year-old Ahmaid Faisal and 8-year-old Mina over the weekend. Ahmaid suffered wounds to his upper chest while Mina is healing from injuries to her leg.

"The day I met my nephew and niece was the best moment of my life, forever," Ferishta said. "They're more confident and relaxed now. The first day when I met them they were so scared and it was so hard for me to leave the room because they didn't like me to go."

The siblings made it to Walter Reed by way of Andrews Air Force Base and Landstuhl Regional Medical Center in Germany where they were flown following the explosion that killed 85 people, including their mother and 13 U.S. troops.

RELATED: 3 of the 5 Sailors killed in Navy helicopter crash are from Virginia, Maryland

The two kids made it to the U.S. with the help of their 16-year-old neighbor who was with them at the time of the bombing. The neighbor picked up the kids, carried them to the gate of the airport where U.S. military let them all in to be treated, according to Lamia Afghan Foundation. The same neighbor remained with them throughout their journey.

They were separated from their father and older brother who are still stuck in Afghanistan.

"My hope is that they see their father and brother as soon as possible and have all the family reunited again," Ferishta said.

Ferishta, a U.S. citizen who lives with her parents in Alexandria, said she has not yet told her niece and nephew that their mother was killed.

A brother and sister injured in the suicide bombing that killed 85 people including 13 US troops and their mother outside the Kabul airport are now being treated at Walter Reed. Their aunt in Alexandria was able to reunite with them and tells me they've been more relaxed. @wusa9 pic.twitter.com/AyUywiNzbW

Air Force Lt. Gen. John Bradley, president and CEO of Lamia Afghan Foundation, is leading the effort to get their loved ones to Virginia. His organization has helped build schools, medical clinics and provided humanitarian aid in Afghanistan since he retired in 2008.

Ferishta reached out to Bradley and his wife for help following the Taliban takeover.

They all joined forces to reach out to the White House, State Department and several lawmakers including Virginia Senator Mark Warner to fly the children from Germany to the U.S.

Ferishta, Bradley and his family members had reached out to the White House, State Department and lawmakers in their efforts to get the children from Germany to the US and are now working to get all of the family together with Ferishta in Virginia.

"I just tried everything," Bradley said. "We tried through the White House, tried through to the State Department and Department of Defense that these children need to be with a relative, and the closest relative they will likely ever get to see is in Virginia."

While Bradley is unclear if the efforts made a difference, he is glad the kids are in a safer place. He knows their father and brother are in a secure location in Afghanistan and is working on a way to get them out.

Ferishta said while she is excited they made it to the U.S., she hurts for the other Afghan children she met at Walter Reed who do not have family to visit them.

"I need justice not only for my own family but for all of them," she said.

RELATED: Taliban stop planes of evacuees from leaving but unclear why 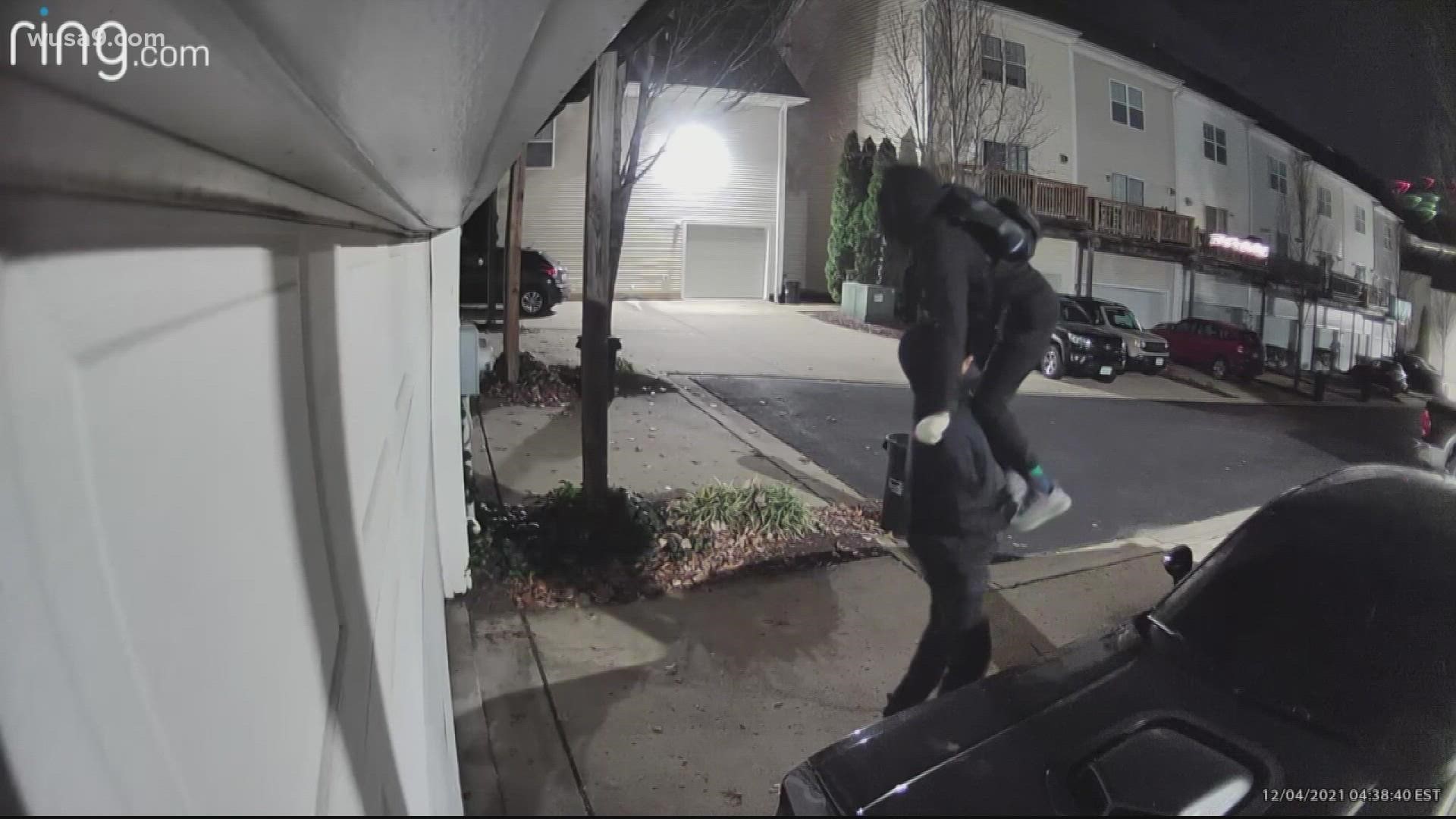