Megan Mazel plans to finish her project ahead of the 20th anniversary of the September 11th terrorist attacks. 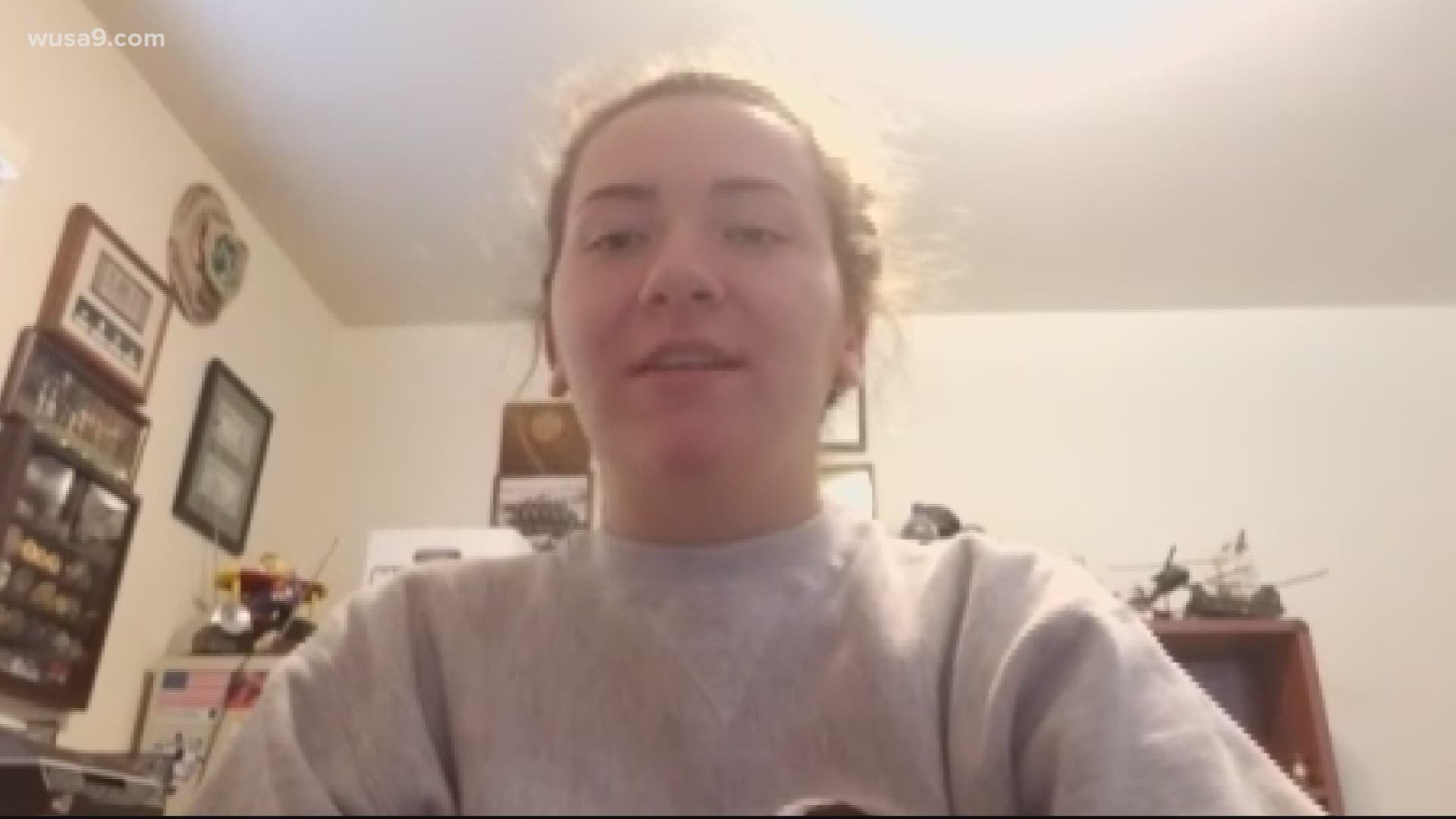 ARLINGTON, Va. — A special project is taking shape to honor the victims of September 11th.

A piece of steel from the World Trade Center was brought to the Arlington County Fire Department nearly ten years ago. Now, a local high school senior and aspiring Eagle Scout wants to transform the area into a place where people can gather.

Megan Mazel always knew she wanted to complete an Eagle Scout project based on September 11th, after her dad helped out with the response in New York City. She reached out to the Arlington County Fire Department asking how she could help.

“I always knew I wanted to help out with that, so I contacted my local fire station and ask them if they needed anything and I gave them my idea,” said Mazel.

Mazel came up with the idea to create a walking path connecting the sidewalk to the piece of the World Trade Center. Her vision is for the path to form the shape of a pentagon, with the point facing north toward the actual Pentagon.

RELATED: Final night of 9/11 'Towers of Light' tribute at the Pentagon

RELATED: ‘We knew we could not do it without having a massive teamwork’ | First responder remembers 9/11 attacks 19 years later

“It’s not just my family affected, it has affected so many families, military and non-military. It’s just a nice thing to see where we were and that we have come such a long way from,” said Mazel.

Mazel officially joined the Scouts in 2019 when they opened up the opportunity for girls to join the organization. She completed all her merit badges and started working on the Eagle Scout project several months ago.

“I kind of always knew I wanted to be in the Scouts because I have an older brother so I went to all the events that he went to and I participated in all the events. I just could not get recognized for doing them,” said Mazel.

Mazel plans to complete her project ahead of the 20th anniversary of September 11th.