More than a week after a new system that includes free fares, a DASH official said patience from commuters is appreciated amid sweeping adjustments. 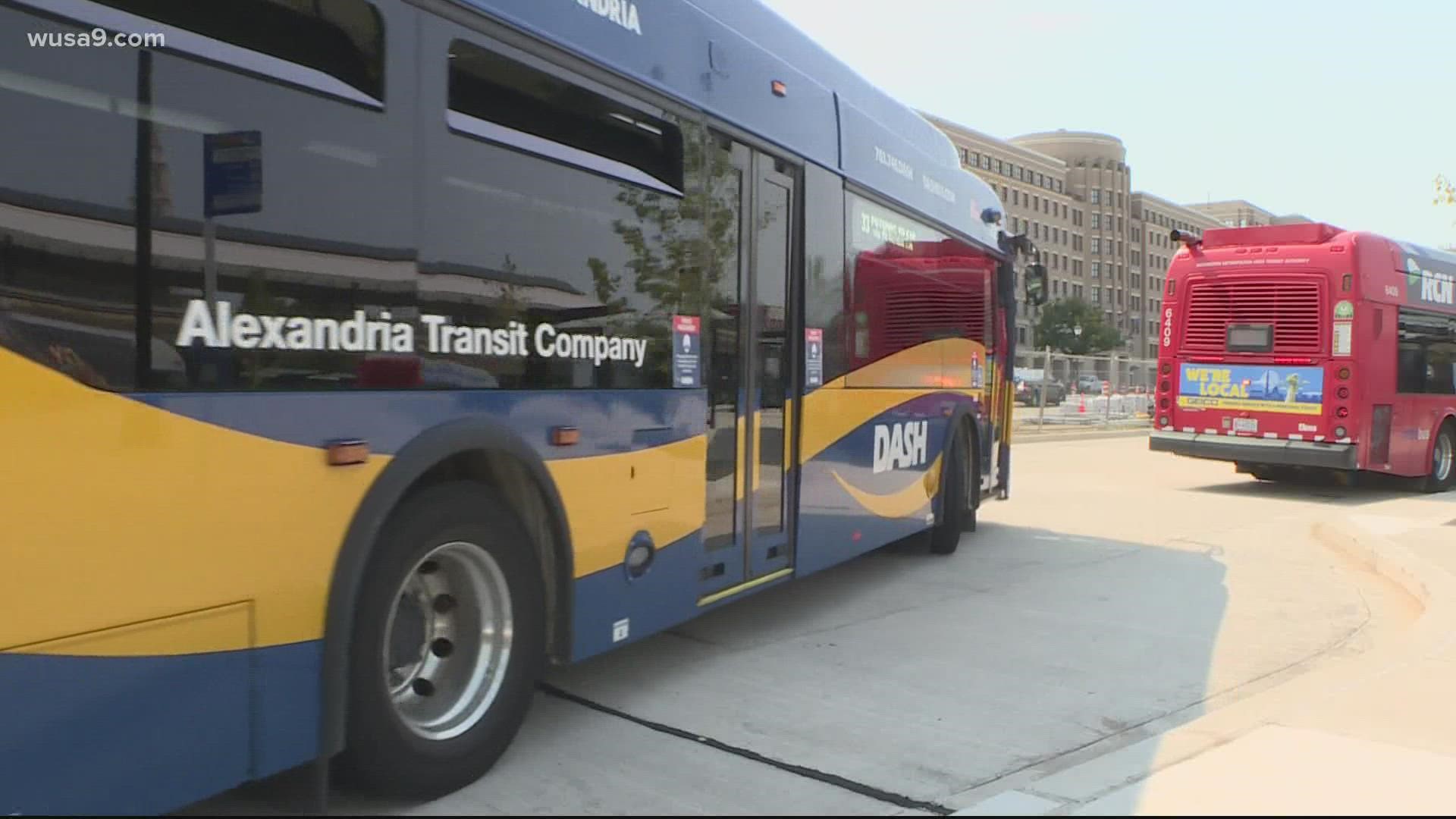 ALEXANDRIA, Va. — More than a week after the city of Alexandria implemented a new fare-free bus system, local transportation officials hope to receive funding from the state to keep the program.

Commuters started riding DASH buses at no cost as of Sept. 5 as part of a new network to encourage more people to use transit again, reduce the environmental impact and expand better access to lower incomes areas and locations with a higher volume of people.

The city council added $1.5 million to the budget for the next year to allow for free rides. DASH had an average of four million commuters a year prior to the pandemic, but ridership levels are currently at approximately 55%, according to a DASH spokesperson.

The Alexandria Transit Company is proposing a resolution for the next city council meeting on Tuesday night to apply for the Transit Ridership Incentive Program (TRIP) established by Virginia legislators for funding over the next four years. The city expects to receive up to $7.2 million through TRIP if approved, in hopes the city council will also approve $9.83 million in local funding from 2023 to 2025 for the fare-free system.

The resolution notes TRIP provides funding to transit agencies to improve the regional connectivity of urban areas and increase statewide ridership by supporting the development of zero and subsidized fare programs.

The new network was a welcome change for Old Town resident Patricia Coppage. She has been using DASH for six years on a regular basis. The revamped system is providing frequent services with buses running every 15 minutes or less, all day, seven days a week on main transit corridors including Old Town, Arlandria, Potomac Yard, Parkfairfax, the West End and King Street.

"It's a big help because you have to transfer to three different buses and now that it's free, it's a lot less expensive," Coppage said.

However, she admits adjusting to the new overhauled bus routes has been complicated and confusing. Other commuters have expressed similar experiences on social media.

"We recognize any change is going to be a challenge but when you change route numbers, it makes it even more complicated and we've had the same route numbers for 30to 35 years," DASH Director of Marketing and Planning Martin Barna told WUSA9. "We try to make it more useful, and user-friendly and we appreciate your patience with the changes and please don't hesitate to reach out with questions."

Barna said one of the reasons for the revamped route was to focus on areas outside of normal peak hours. It would help add services during midday, evenings and weekends, he said.

To compare routes, riders can access the new changes by going to the website at www.dashbus.com/newnetwork. Commuters are also encouraged to all 703-936-6901 or text “DASHBUS” and your stop ID # to 41411. Putting in your destination on Google Maps might also be helpful.

The DASH network is the first phase of the Alexandria Transit Vision Plan, which aims to "create a more useful and equitable bus network that encourages more people to get to more places using transit."