It's been four decades since a Democrat held Virginia's 10th Congressional District seat. Now, six of them are fighting to take it back. 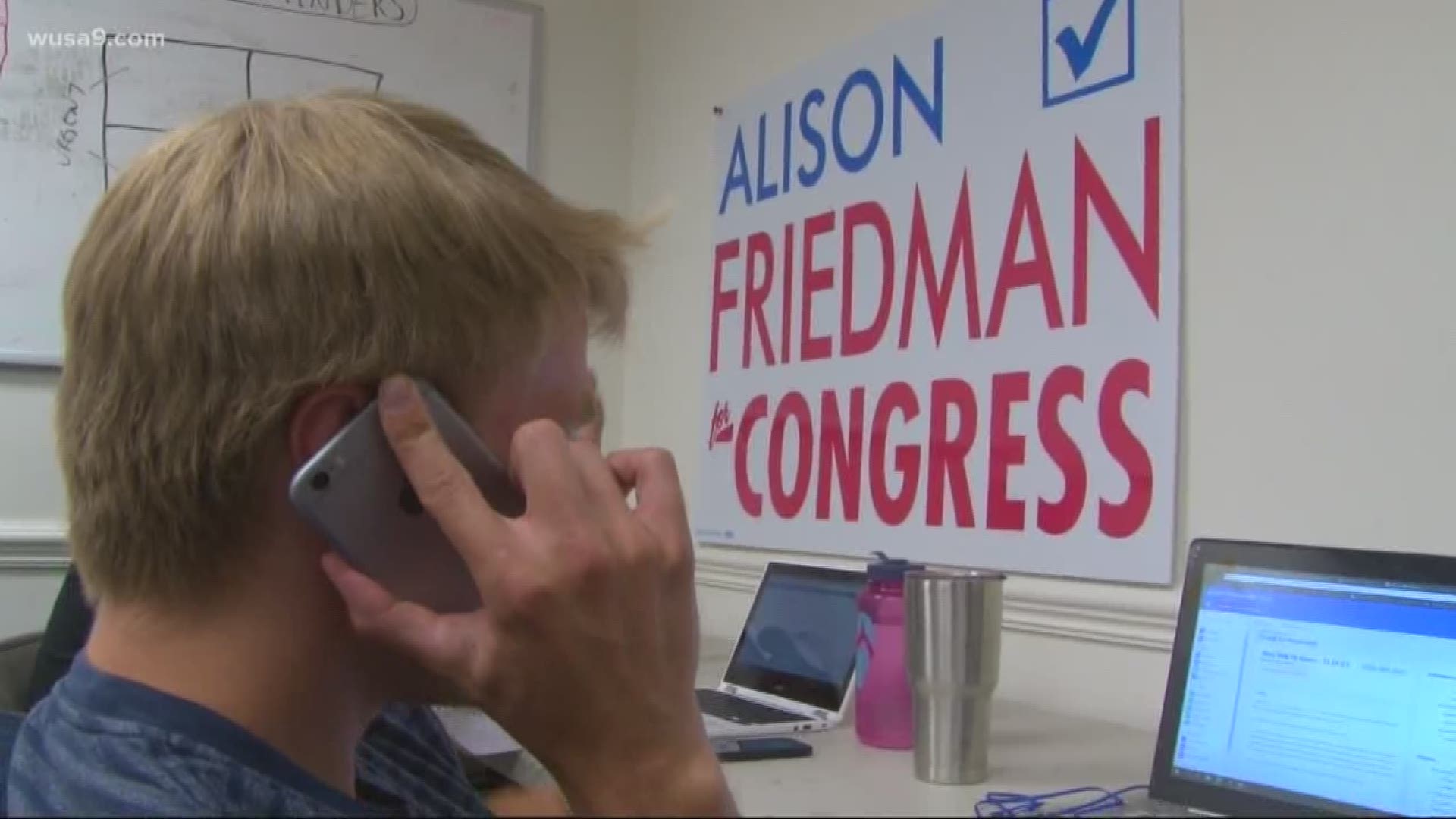 STERLING, Va. - Northern Virginians go to the polls Tuesday in a race that could help decide who takes control of Congress next year.

Republican Rep. Barbara Comstock represents Virginia's 10th Congressional District, which runs from McLean to Winchester. It’s been four decades since a Democrat held that seat. Now, six of them are fighting to take it back.

At campaign offices Monday, young people piled into seats wearing headsets with a cell phone in their hands.

Every minute counts as they try to reach as many voters as possible. The Democratic candidates have a challenge getting voters to remember their names.

It’s an incredibly confusing primary with six Democrats competing for the chance to run against the Republican incumbent. While pundits say Congresswoman Comstock may be vulnerable, she is a formidable candidate who easily beat all of her challengers.

The Democrats each say that they can beat Comstock.

"We're the only campaign to release a poll that shows us 8 percentage points up above Barbara Comstock, and we think that just shows how much energy there is for somebody who's ready to hold Pres. Trump accountable, to tell him that nobody is above the law," said Helmer.

"I have the lived experience to be competitive in every inch of this district. And I'm actually the only candidate that has extensive federal legislative experience, over 12 years," said Davis Stover.

"I uniquely bring to this race experience taking on big problems that other people had written off, following through to get real results that make a difference," Friedman said.

"I think it's time to elect the first woman scientist in Congress," Biggins said.

State Senator and attorney Jennifer Wexton--the only candidate who has held office--said she'll be able to get the votes.

"I've got deep roots in this district, and I have a record of delivering positive results for my constituents, working across the aisle to make that happen," Wexton said.

Democrats are also hoping for Republican votes. Virginia has open primaries, which means party does not matter. Voters may chose the primary in which they want to participate.

There’s also a Republican primary Tuesday in the 10th District.