VERIFY: Is it illegal to wear apparel with the American Flag?

Is it illegal to wear clothing with the American Flag? 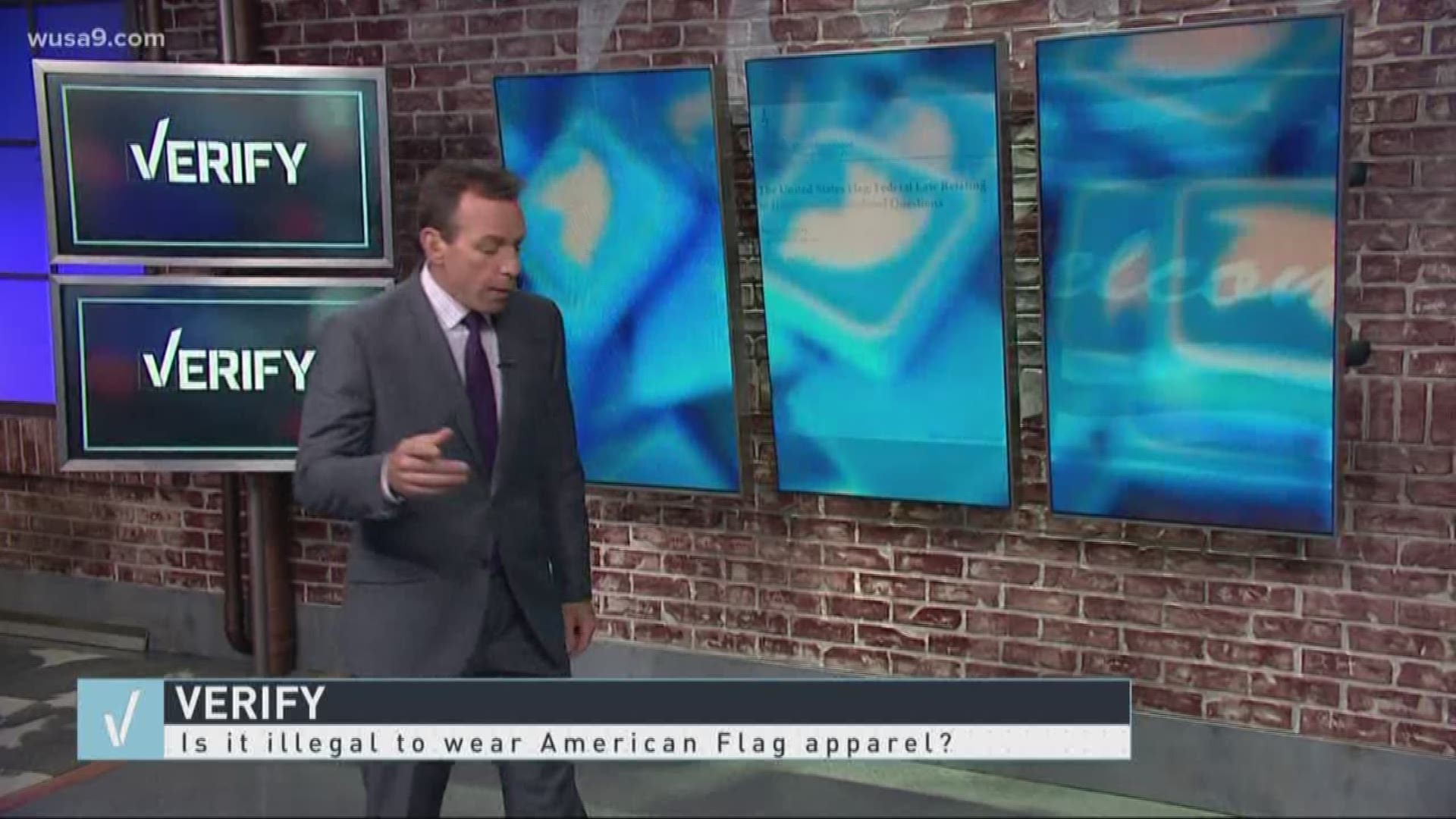 Is it illegal to wear clothing with the American Flag?

You'll see a lot of people waving our flag proudly for the fourth, lots of people wearing it too on shirts, pants, hats, even bathing suits.

But if social media is to be believed--people are claiming it's not only disrespectful to wear flag apparel, but illegal.

So is that true?

People who say it's illegal reference the federal Flag Code, 4 U.S. Code § 8, which outlines etiquette for Old Glory. It reads explicitly, 'the flag should never be used as wearing apparel, bedding or drapery."

But the federal code is a guideline of how the government says you should act, not how you must act.

"The Flag Code does not prescribe any penalties for non-compliance nor does it include enforcement provisions; rather the Code functions simply as a guide to be voluntarily followed by civilians and civilian groups," a Congressional Report says.

So it's not legally enforceable and there's no penalty.

Last year our Verify team, fact-checked whether standing and facing the flag during the national anthem was mandatory under this same Flag Code. Legal Director at the ACLU in DC, Art Spitzer, verified the word "should" is not legally binding.

So we can Verify, no, it's not illegal to wear the American flag as clothing.

But just because it's not illegal, doesn't mean it won't tick some people off. People have used the flag liberally--pants, leggings, socks, even bikinis and underwear.

Nothing better than "wearing the flag" on Flag Day #honored #usa #StarsandStripes pic.twitter.com/Qku7CDTiIs

In 2012 people put Lowe's and Big Lots on blast for selling an American flag doormat.

They apologized and pulled it from their inventory.

Our Verify team asked viewers on Twitter how they felt about using the stars and stripes in clothing.

Do you think it is disrespectful to wear American flag 🇺🇸 bathing suits/clothing/hats etc? #FourthofJuly

Some veteran organizations like the American Legion say clothing with the flag is patriotic, as long as it's not repurposed from an actual flag.