VERIFY: Is being lazy and not clearing the snow off the roof of your car, illegal in D.C., Maryland and Virginia?

Drivers in the DMV are not required by law to clear snow from the top of their cars. 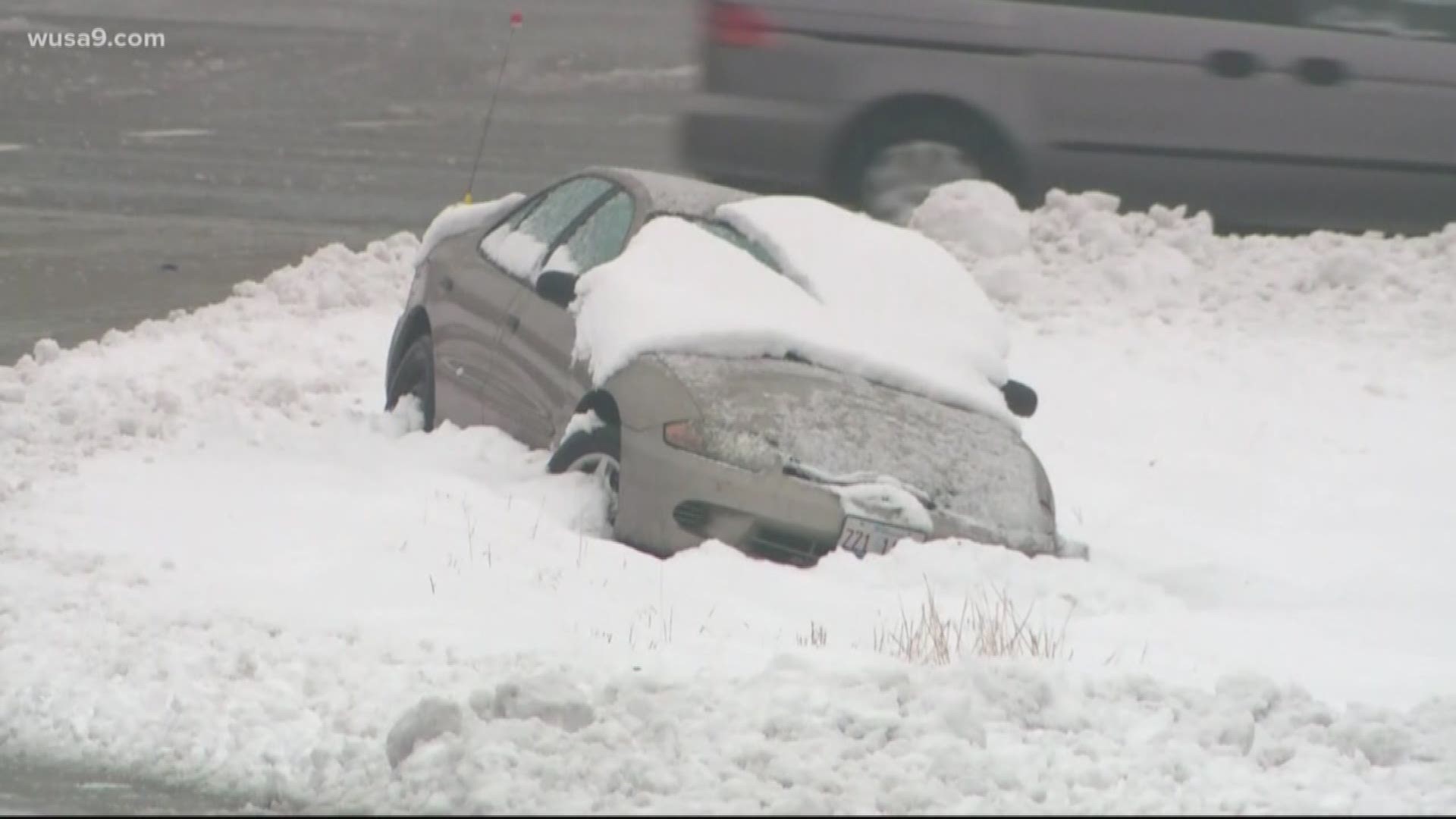 Is being lazy and not clearing the snow off the roof of your car, illegal in D.C., Maryland and Virginia?

No, there's no law requiring it; however, all jurisdictions recommend it.

People are driving around with snow piles that resemble mattresses on the roofs of their cars and the internet is having a fit.

Forgoing clearing off snow from the top of your car is inconsiderate and reckless, but is it illegal in the DMV?

Our Verify researchers called police departments in Virginia, Maryland and D.C. They confirm, there are no laws on the books requiring you to clean snow off your roof.

The only relevant law on the books in Maryland is found in Transportation Code §21-1104 which generally says don't obstruct another driver's view:

"A person may not drive a vehicle if it is so loaded or there is in the front seat so many passengers as to:

(1) Obstruct the view of the driver to the front or sides of the vehicle;  or

(2) Interfere with the control of the driver over the driving mechanism of the vehicle."

Still it's recommended by all three jurisdictions, and is listed in Maryland and Virginia's official state driver's manuals.

In both Maryland and Virginia, lawmakers introduced bills that would impose fines of $25 and $100 dollars, respectively, on anyone with snow on their roofs. Both bills died in committee.

"Years ago, [D.C.] Council passed emergency legislation requiring people to clean off their cars before driving them, but they never made that law permanent,"Metropolitan Police Department spokesperson Alaina Gertz said.

So we can Verify, no, it's totally legal to drive around with a snowy mountain on your car, but expect some nasty looks for being a roving missile launcher.