VERIFY: Has Trump given more money to HBCUs than any other president?

Many have claimed Trump gave the most money to HBCUs. 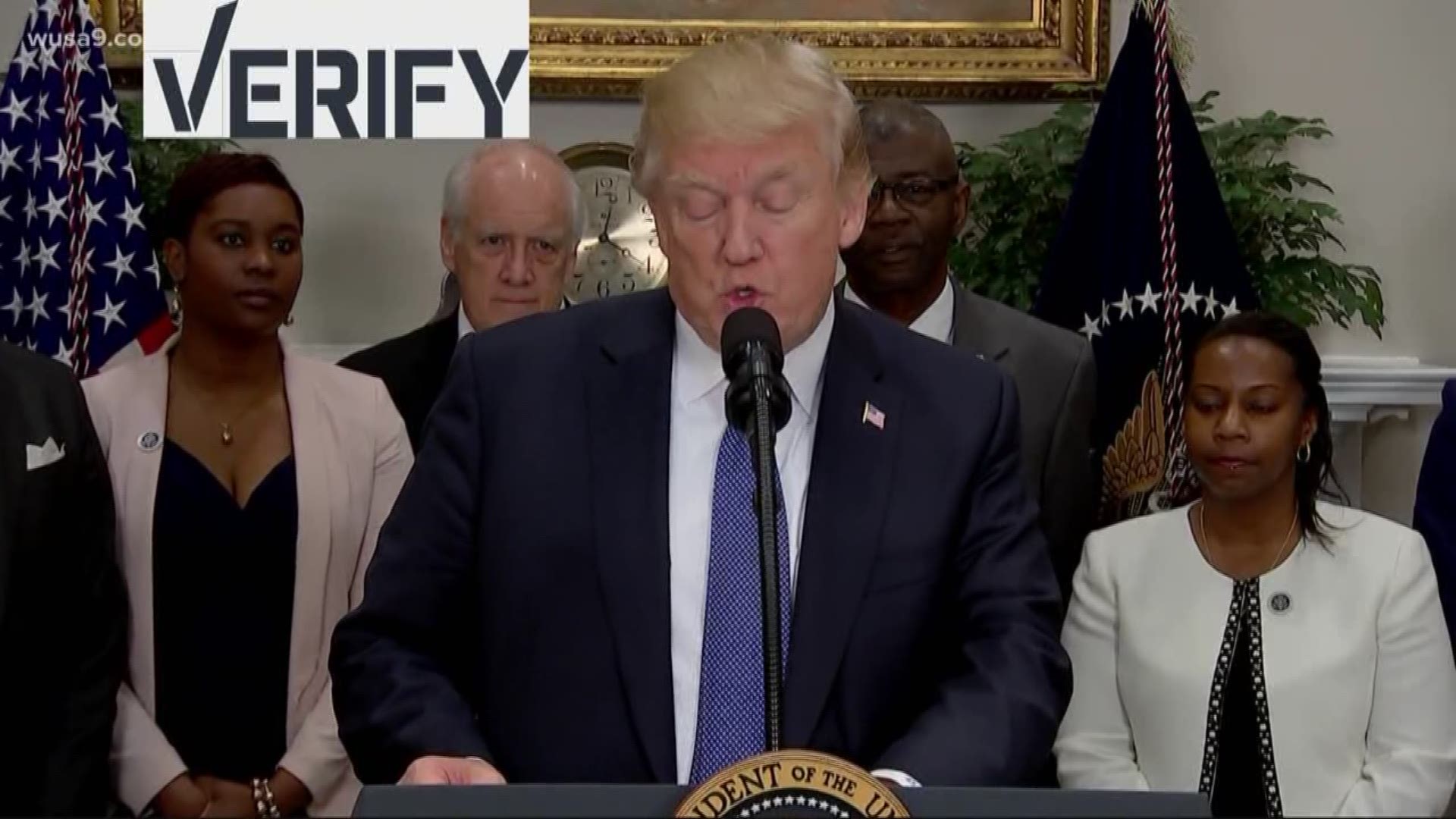 Many have claimed Trump gave the most money to HBCUs.

Photos from Library of Congress

Coming out of Beyonce's Coachella performance, Queen Bey announced she would donate $100,000 towards Historically Black Colleges and Universities (a.k.a. HBCUs)

The announcement got some people fired up on social media, debating which president gave the most money towards historically black institutions. Many claimed Trump gave the most.

Less than a month into his presidency Trump met with education leaders and signed an executive order reaffirming support to Historically Black Colleges and Universities.

"We have made great strides in strengthening HBCUs, a cherished and vital institution in our country, very important," Trump said February 2017.

Historically Black Colleges and Universities first received federal funds back in 1980 under Jimmy Carter, according to the Department of Education. This was to boost representation and enrollment of African Americans in the world of academia and the professional world.

We went straight to the Department of Education and according to their records, Trump gave the most to historically black institutions for both undergraduate and graduate studies.

But in 2018, Trump appropriated more than three hundred and sixty million dollars--thirty two million more than Obama. So we can verify, Trump has spent more than any other president on HBCUs.