VERIFY: Do the number of burglaries increase during the holiday season?

Do the number of burglaries increase during the holiday season? 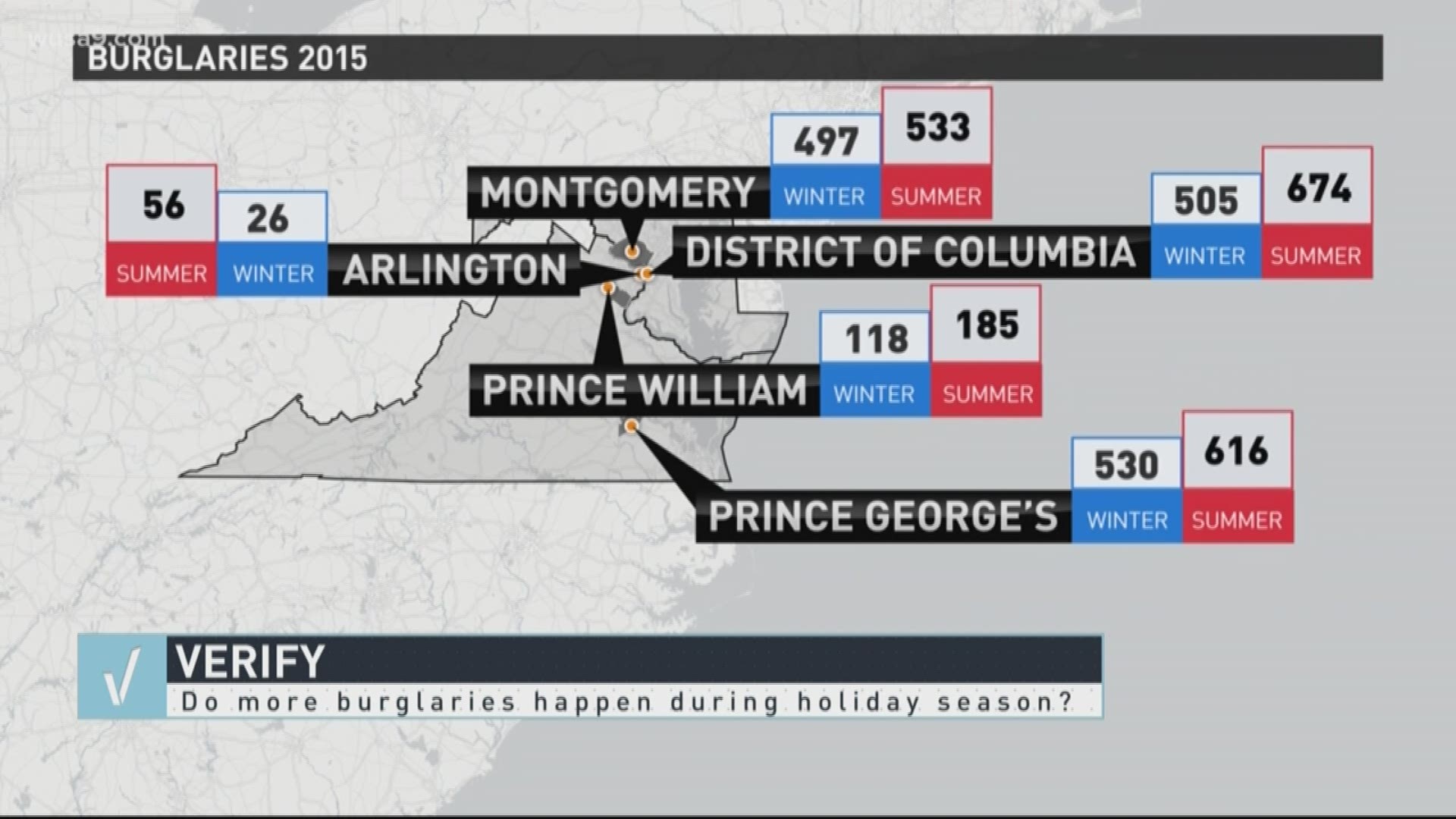 Do the number of burglaries increase during the holiday season?

No, more burglaries occur during the summer.

It's about this time police warn homeowners not to let the mean Mr. Grinch into their homes for the holidays. We know--if you're out and about keep the doors locked, the lights on and presents out of sight--but with all the ads against holiday crimes, we're verifying whether there are more this time of year.

From the stats, we found trends. First, summer is prime time for house crimes. In Arlington break-ins over the summer more than doubled.

#ThursdayThoughts We would like to remind residents that most of these thefts are 100% preventable. Please hide your valuables. Do not leave purses or wallets in your car and trust your instincts, avoid parking in unlit or overly concealed areas. pic.twitter.com/wVENN4rPv6

In 2016, between June and August, DC police responded to 547 burglaries. That's about six burglaries a day for the entire summer. Arlington and Montgomery saw similar trends with summer months being the hot spots for break-ins.

These are official numbers gathered from police department records:

Police tell Verify it's no surprise burglaries prefer summer. That's when most families are on vacation, making it open season for thieves.

But the latest update from Stafford County Police confirms they've actually seen an uptick in thieves burglarizing businesses this holiday season, with eight separate businesses targeted in the span of two days earlier this week.

So yeah, Grinches strikes during the holiday season but the prime time high number of burglaries occur is not the holidays, it's those dog days of summer.

Verify researchers also looked into annual trends from the FBI Property Crime Offense reports from 2012-2016 and this Home Alone crime is dropping dramatically in the past two years.