Botometer is an online tool that allows you to type in a Twitter handle, and an algorithm calculates the probability it's a bot. 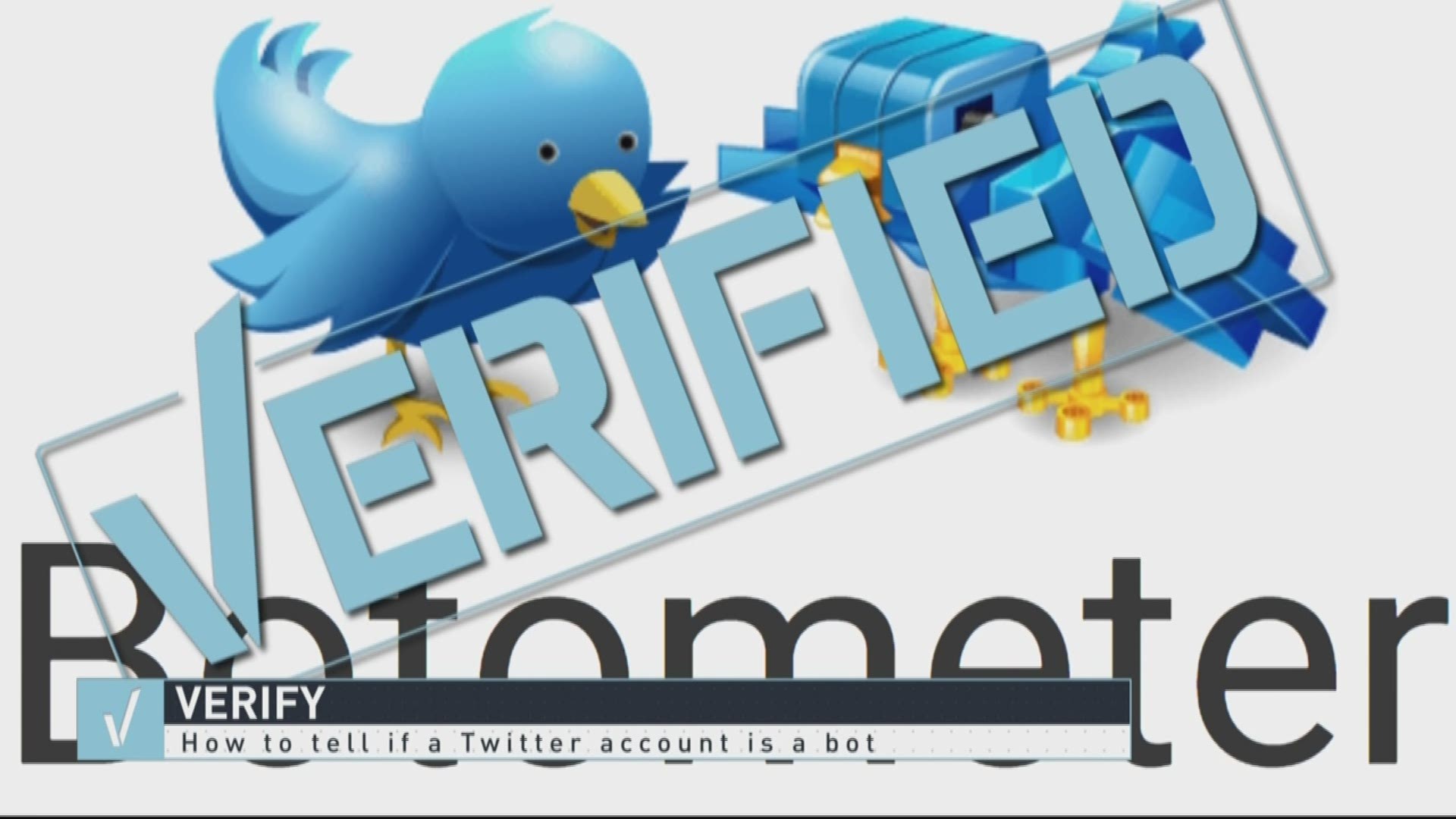 Yes, both Botometer and Hoaxy are great tools in determining the probability a Twitter account is automated.

Clayton A. Davis- Lead Developer of Botometer and PhD candidate at Indiana University College of Infomatics, Computing and Engineering

For years, Twitter has been dueling the encroachment of bots.

Not all automated bots are harmful. Companies and Newsrooms use bots to help publish content and headlines. Others are funny or informative.

But harmful bots--infamous for tweeting repeatedly, being argumentative and deceptive--have been a real problem in influencing the way we think and the social media ecosystem.

Like when one orchestrator is pulling the strings of hundreds of bots, it appears a if hundreds of people care about an issue, but it's all fabricated.

"People have this heuristic where we give more credibility to opinions that look more widely shared, and this is central deception that bots help and create," Clayton A. Davis, lead developer of Botometer said. "They lend an artificial credibility to whatever opinion or position or agenda that the bot creator wants to push."

Botometer is an online tool that allows you to type in a Twitter handle, and an algorithm calculates the probability it's a bot.

"This is particularly useful when you're trying to count bots, so you look at a particular conversation--maybe a campaign, a bunch of people talking about an article--and be able to say there are more bots in this conversation than normal," Davis said, "maybe this is the subject of manipulation."

The algorithm looks at what time an account tweets, how often, how many, the language, the amount of emotion, who they're tagging, who they're following, whether they include a link and about 1,192 other features.

Filippo Menczer directs the research lab at Indiana University that piloted Botometer. His team also launched Hoaxy, which maps out the trending topics on Twitter, the accounts that are propelling the conversation and the likelihood those accounts are bots.

"Politically active accounts on Twitter often are targets of manipulation by bots, whether that's to boost the content that you're producing or to target you with content," Davis said.

Bret Schafer an analyst at Hamilton 68, which racks Russian linked accounts on Twitter, says to view popular tweets with suspicion.

"Social media users need to be aware of their role in information laundering, Schafer said. "If a user re-tweets, emails, or posts information taken from a less-than-credible point of origin, they now have become the new “source” of that information for friends, family, followers, etc. This is how false information really spreads because once it jumps into circles of real users it becomes increasingly difficult to track back to its original source."

Davis explained it's difficult to even determine who created a bot.

"If you see a bunch of posters around town advertising some event, can you see who posted those?" Davis said. "Sometimes. Sometimes they're anonymous and don't wasn't to be traced."