Va. school kids will take flight in a plane they built

At the private Fuqua School in rural Farmville, Va., the sound of power drills come from a building that used to hold the school’s lawnmowers. These days, it’s more like a hangar. 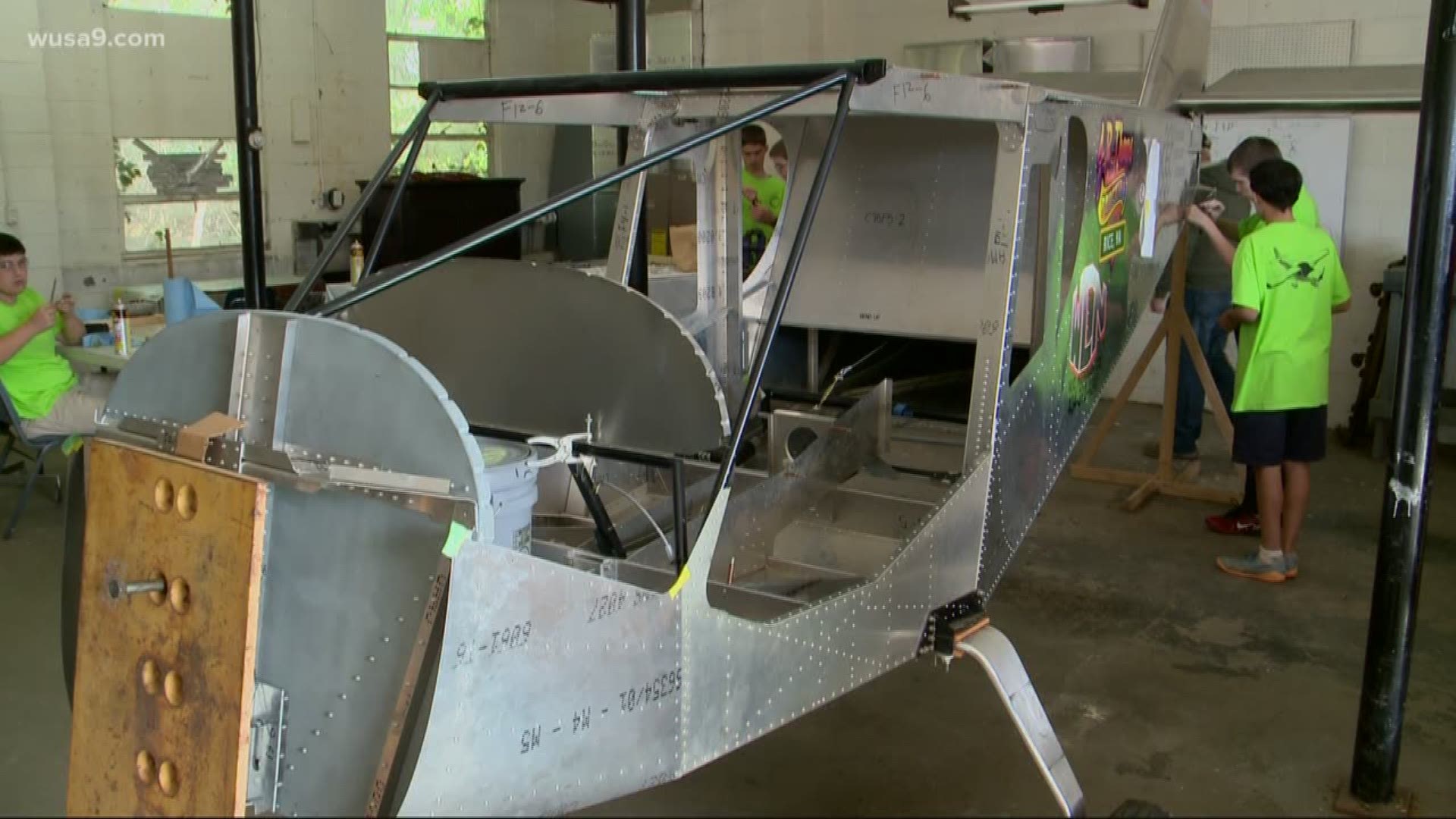 At the private Fuqua School in rural Farmville, Va., the sound of power drills come from a building that used to hold the school’s lawnmowers. These days, it’s more like a hangar.

Twice a week for two hours, ten boys meet to build an airplane. Yes, a real flying machine—a single-engine Zenith built from a kit. And yes, it will really fly one day.

“You have to check things twice,” said senior Jalen Patteson, rivet gun in hand. “If you mess up you have to re-drill the whole thing and that’s a lot of work.”

That work is old hat for the older men who help the boys. The school has partnered with the local chapter of the Experimental Aircraft Association who volunteer their time. This is not a club, it’s an aviation class—one of only a few nationwide.

“It gives them reason to do well in math and science classes because it gives them a hands-on practical application to it,” said EAA Chapter 1202 President Morgan Dunnavant.

Students sign their name on the airplane when they’re done with the class. But they have more than just sweat equity. They sell raffle tickets and hold fish dinner fundraisers. They still have raise more than $10,000 to go to pay for an engine.

“People love it,” said class teacher Kelly Atkinson, stressing the community is starting to understand that donations will make the airplane fly. Even still, a GoFundMe has reached only 3 percent of its goal.

“They’re learning so much,” said Atkinson. “It really helps them to grow up.”

There's a big incentive to all this. At the end of the year, Dunnavant gives each of the boys an airplane ride. He hopes some will become professional pilots like his son.

“When you see the light bulb come on and the kid gets it,” he said holding back tears. “It makes the donation of my time worthwhile."