Upper Marlboro mayor resigns unexpectedly, says she is choosing to spend time with family and not being pushed out

Tonga Turner, the first Black mayor of the city, submitted a letter of resignation Monday. 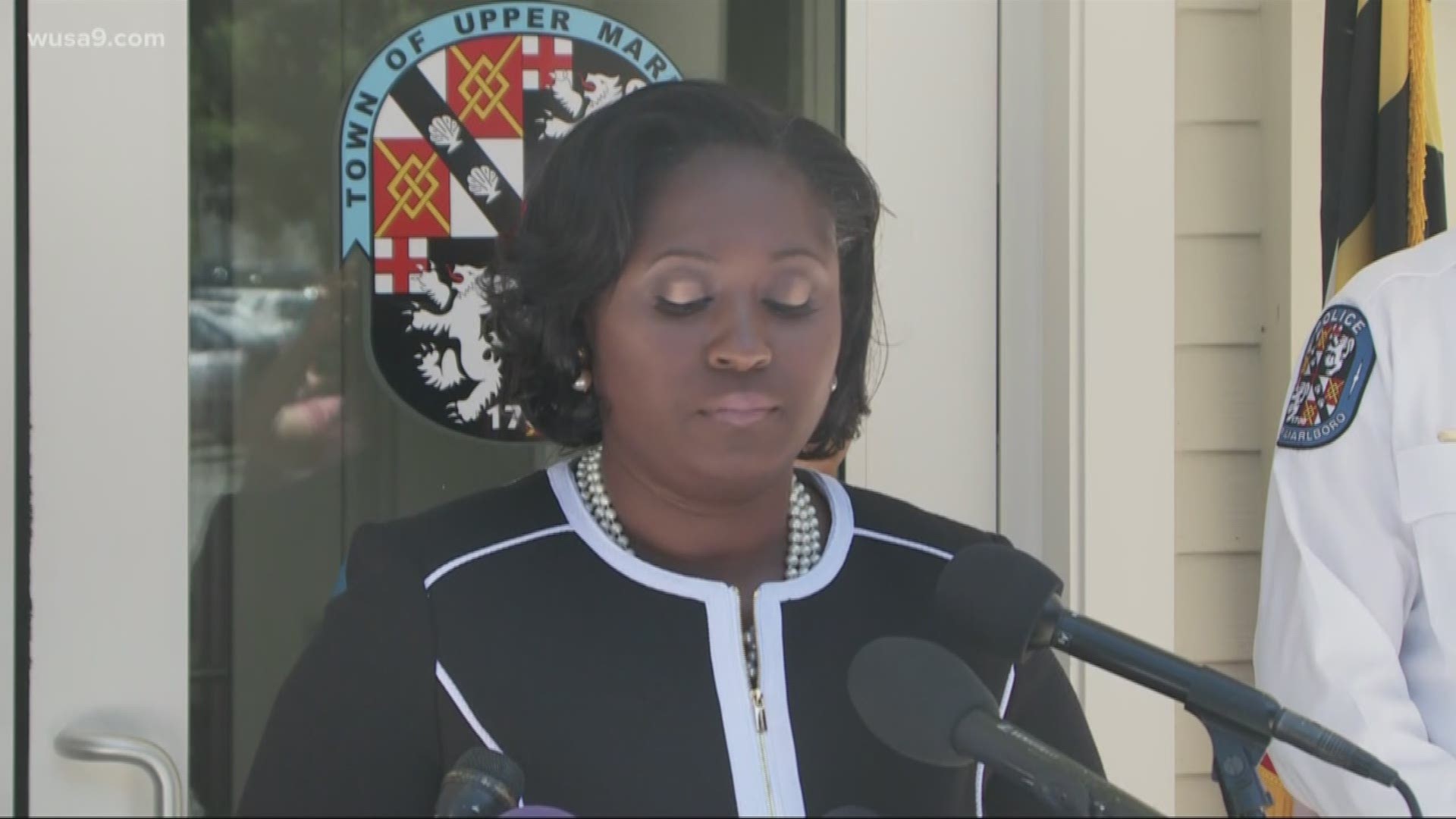 The first Black mayor of Upper Marlboro, Tonga Turner, announced she is leaving the position after less than two years on the job.

On Monday, Turner said at a public meeting the NAACP was invited to that she has been the target of anonymous racist attacks since being in office.

Late Monday, her resignation letter was posted to the Town of Upper Marlboro’s Facebook page. The letter did not mention any racial incident.

Town of Upper Marlboro
It is with sadness that the Town announces that we are losing our fearless leader, Mayor Tonga Turner. Please see the below note from her:

Wednesday afternoon, Turner held a press conference to clarify she was not resigning due to the racial incidents she had mentioned in the Monday meeting.

"I am not ending my term as mayor ... due to any racism or bigotry," she said Wednesday. "My decision was made based on wanting to focus more time and attention to my two small children, both of whom are under the age of 10, and my family. Period."

She said working 90 hours a week between her full time job and her duties as a mayor has forced her to sacrifice precious time with her kids.

"It was never my intention to give the public the impression that I am being pushed out or scared into leaving my role," Turner said. "That is simply not true. Anyone that knows me knows that I am a fighter. No one of any color, of any race, of any ethnicity is ever going to scare me into doing anything.”

Turner acknowledged Upper Marlboro has racial issues, but argued it was the same level as most other municipalities across the United States.

She said the media coverage of her resignation has been unfair.

"When I was elected last year, there was literally no media coverage outlet about the story of me becoming the first African American mayor in over 300 years," she said. "Not a single media outlet shared that historic moment. And that for one was disheartening to me."

She noted her accomplishments as mayor during her term.

Turner’s letter touts those accomplishments, specifically referring to securing over $800,000 in grants -- the largest grant amount the town has ever received, and making strides toward supporting economic growth.

During her term, Turner was also able to host community outreach events focusing on diversity and inclusion and securing strong partnerships with county, state and federal stakeholders.

“The Town of Upper Marlboro has so much untapped potential, and my hope is that the next official who is elected… assumes the role with integrity, strength, perseverance, but most importantly, vision and a commitment to public service,” Turner said in her letter.