'The growth has surpassed my expectation' | Washington Ballet rises on pointe

The Washington Ballet is preparing for 40 performances of The Nutcracker -- critical for both the company's artistic and financial bottom line. 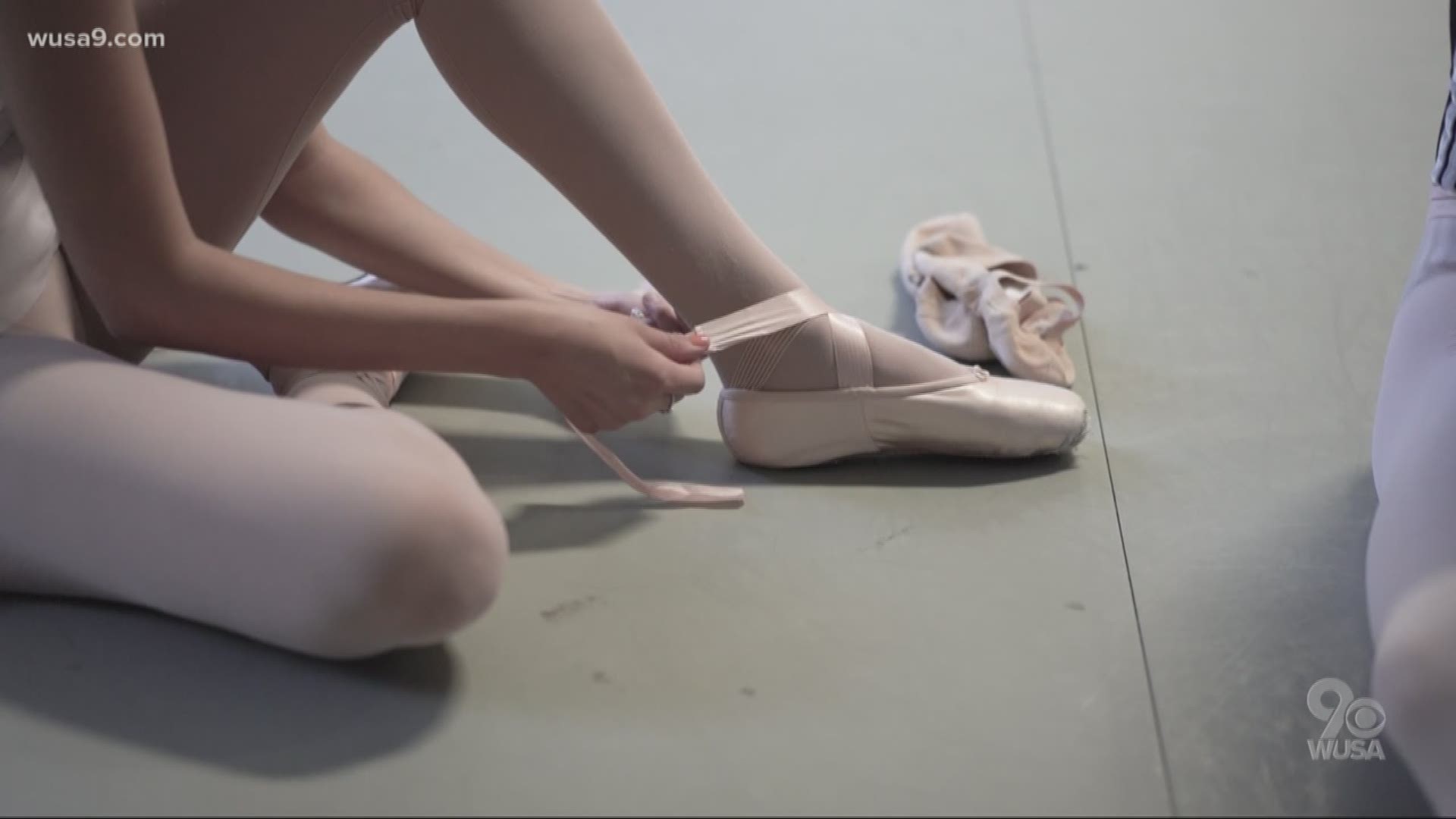 WASHINGTON — In a small, dimly lit Northwest studio, Julie Kent begins a demanding day. The dancers are bundled, positioned in place and the pianist begins to play. Kent watches as her dancers twist, turn and stretch to show off their long lines.

"You really want to turn out here," Kent, a former principal dancer with the American Ballet Theatre, said, emphasizing a beautifully presented foot.

Now three years into her tenure at The Washington Ballet, Kent and her husband, Victor Barbee, are preparing the company for 40 performances of The Nutcracker that begin Saturday. The performances are critical for both the company’s artistic and financial bottom line.

Over the last three years, Kent and Barbee have methodically placed their mark on the company, putting a greater emphasis on full-length ballets like Les Sylphides and Giselle.

"The growth has surpassed my expectation," Kent said. "The full-length ballets are very revealing. Your strengths are revealed, and your weaknesses are revealed."

RELATED: 'It's cool to be a good dad' | Watch these dads adorably crash their daughters' ballet class

Kent is regarded as a master of ballet, having performed classical, neoclassical and contemporary works around the world for decades. She even appeared in movies like Center Stage.

"I think our goal, as a group, is that when the curtain rises, you would be proud to present on any stage in the world," Kent said.

"The dancers are so good they deserve works of more refinement," Kaufman wrote.

She felt the pieces in the program didn't truly reflect the capability and maturity of the company.

"Everyone has an opinion," Kent said pointedly.

Credit: WUSA9
The company is still trying to climb its way out of nearly $3 million in debt.

When asked if she thought her presence motivated company members to push themselves, Kent responded, "Yes, it’s exciting."

The company is still trying to climb its way out of nearly $3 million in debt.

"[The debt is] not attributable to any one event," a spokesperson said. "There is no specific cause or circumstance to point to, and it is not unusual for arts organizations to have to manage accumulated debt."

Available tax records, however, show an increase in total functional expenses. As the administration and board try to stabilize the finances, Kent and her husband remain focused on the challenge ahead -- gearing up for a marathon of Nutcracker performances and trying to lead an institution the community can continue to be proud of.

"You’re so goal oriented," Kent said. "When we do take a moment to reflect on all the programs presented and all that we’ve accomplished and collectively achieved ... Yeah it does feel really good."