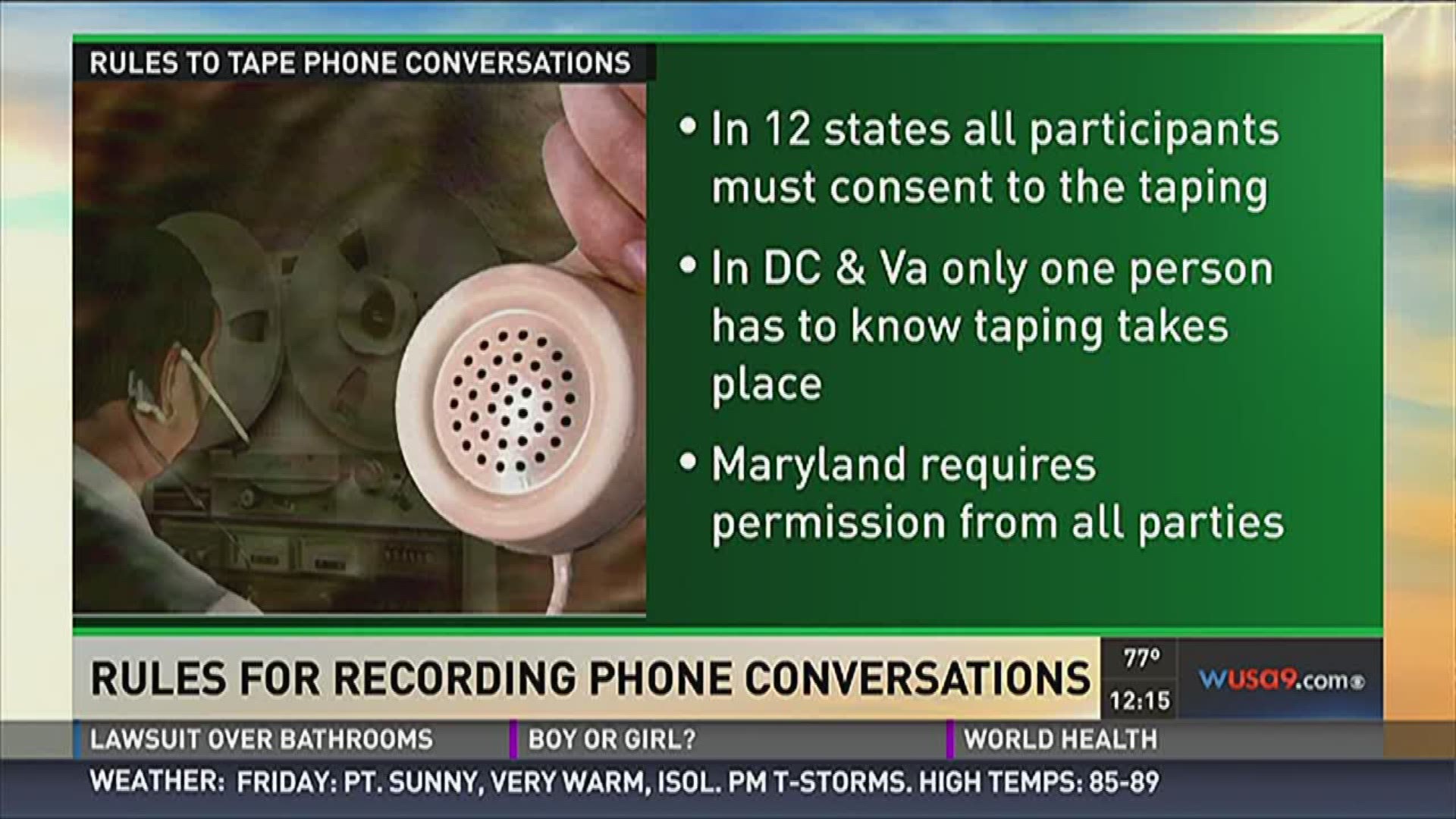 WASHINGTON (WUSA9) -- You are angry and want to take action against a company so you decide to tape the conversation with a company representative but do not disclose that fact to the other person. Have you broken the law?

It depends where the conversation was taped and how it was done.

I became interested in this subject when a consumer called about taping abusive phone calls from a debt collection company.

Do the rules vary from state to state? Generally, under federal law you can tape phone calls without informing the other person. However, most states have additional regulations.

For example, in twelve states, all of the participants in the conversation must consent to the taping. That means if there are three or four people involved, all of them must give their permission for the conversation to be taped legally. In the District of Columbia and Virginia, only one person has to know the taping is taking place.

That means you can call someone and tape the conversation without notifying the other person or someone can do the same thing to you.

Maryland requires that all parties give permission for the conversation to be recorded.

What about taping a personal conversation with someone, say over lunch? The same rules apply. Whether it’s an abusive spouse or an obscene caller you should check out the laws in your state if you want to tape a conversation without revealing that fact to the other person.