27-year old Kenard Hawkins was killed while crossing the street by a hit-and-run driver in 2018. 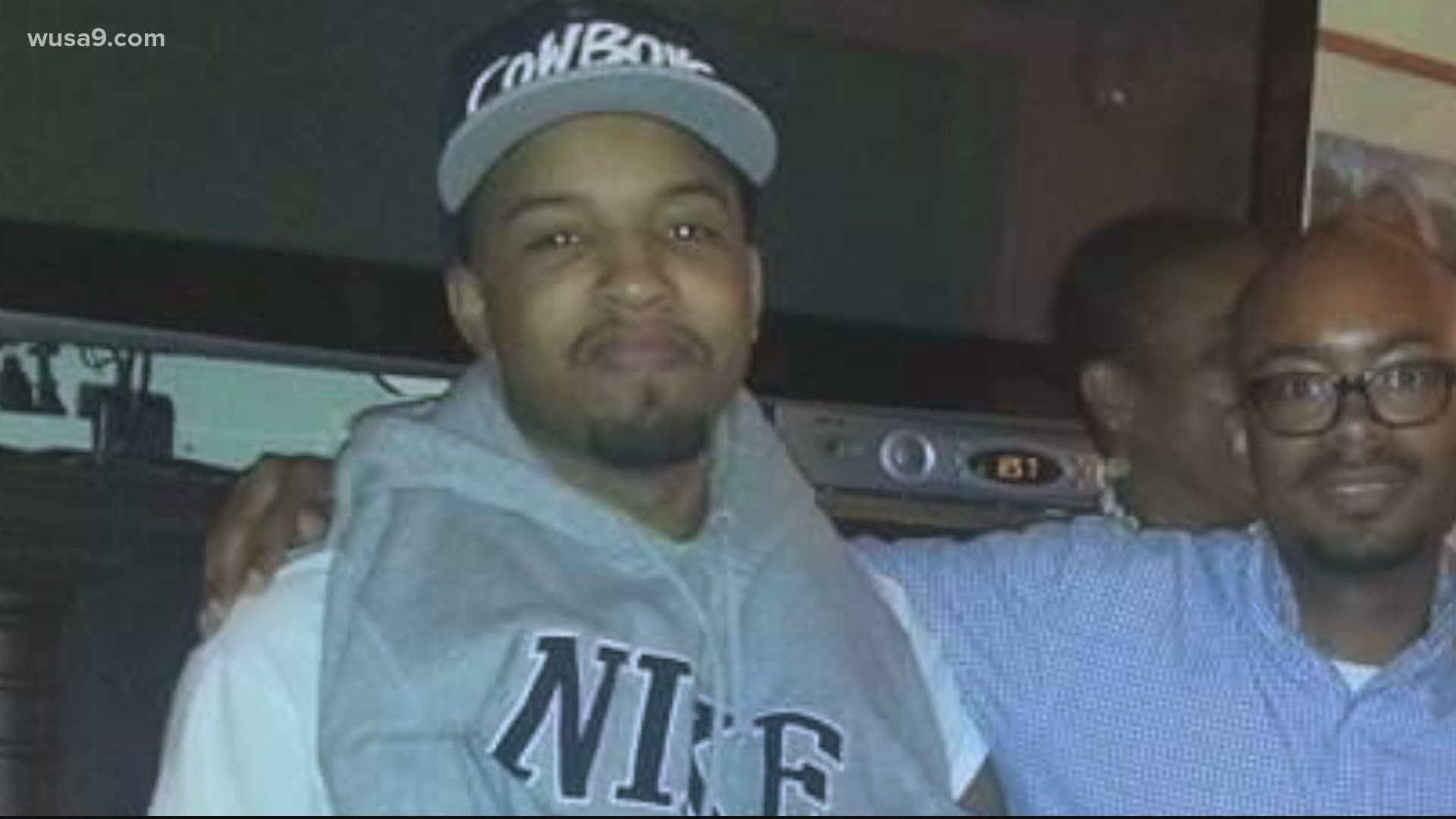 MARLOW HEIGHTS, Md. — The Street-Smart program and local police are teaming up to save lives on the roads by reminding drivers to slow down and pay attention behind the wheel.

“Pretty much I'm all alone,” said Angelo Brown who lost his only brother to a hit-and-run car crash three years ago.

Brown then had a choice to make. He could crumble under the weight of losing both his mother and brother or rise and speak out.

“We try to honor Kenard as much as we can by talking about him,” said Brown, “He loved music and could play any instrument to perfection. I think if he were still alive today, he would probably be like a band director or something because he was just that talented. He loved to smile and laugh."

Angelo was 10 years old and his brother Kenard was only 3 years old when their mother, Cheryl Hawkins, was murdered in 1993. Hawkins was a cafeteria worker at the Smithsonian's Air and Space Museum. Police said she was shot to death by a museum security guard.

“It was like somebody just ripped our hearts out. It is devastating," he recalled.

Then on February 8, 2018, Brown’s brother Kenard Hawkins was killed while crossing the street at St. Barnabas and Wheeler Roads in Marlow Heights. He was 27 years old.

Brown said his brother was in the crosswalk when he was hit by a car making a left turn. The driver sped off and has never been found to this day.

“We hope that Kenard's story will serve as a marker of what not to do,” explained Brown, “to respect people on a roadway."

Brown has become an advocate with Street Smart, using his story to warn drivers to be vigilant on the roads.

Prince George’s County Police reinforced that effort in Forestville on Monday where officers passed out literature, talked to people crossing the street and warned drivers.

According to the Street-Smart campaign, 98 people in the metro region were killed last year while walking or cycling.

Brown hopes his brother’s story will compel drivers to put the phones down when behind the wheel.

“Here in the D.C. area, we’re in such a rush,” said Brown. “Slow down. Be cognizant and vigilant on the roadways and respect one another because there's too many senseless accidents where you're taking someone's loved one away from them. So, if it can wait, let it wait.”

Failing to stop for a pedestrian in a crosswalk could result in a $500 fine and a point on your driver’s license.

RELATED: Pedestrian killed after being struck by vehicle in Prince George's Co.