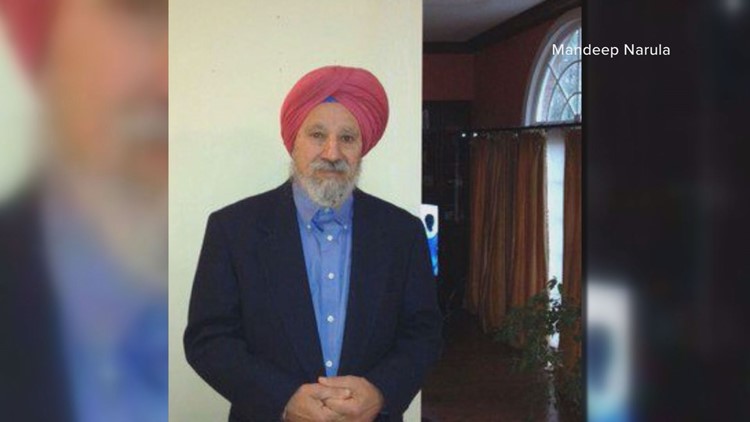 Photo by: Mandeep Narula
Satpal Singh was recently released from the hospital after he was found beaten inside a rental property that he owns.

ROCKVILLE, Md. — A 79-year-old Montgomery County man is recovering after he was found beaten in his home Monday night.

Satpal Singh had been working to renovate his rental property on the 13800 block of Artic Avenue in Rockville shortly before he was assaulted at the property, according to Montgomery County Police.

Singh's son, Mandeep, discovered him in the basement of the home after the assault. He said his father was left bloody on the floor.

"I came in, I parked, entered the home and was kind of in shock to see him on the ground like that," said Mandeep Narula.

Satpal Singh was also robbed of his car, phone and wallet in the incident. Police have since recovered all of those stolen items.

RELATED: For one Rockville family, what was supposed to be a fun-filled charity bike ride instead ends in tragedy

"If anyone is hearing this and knows anything, please get it to police," said Mandeep Narula.

Satpal Singh is Sikh. News of his assault shocked other Sikhs in the DMV region Wednesday afternoon who described him as a helpful, generous and kind person.

"It was very shocking for me and our whole community," said Sarndeep Sarkaria, a member of United Sikhs.

Montgomery County Police have not been able to determine whether the assault was a hate crime.

Mandeep Narula says his father has since been released from the hospital. He also said he is currently in a neck brace.

If you have information regarding the case, you can contact 240.773.TIPS (8477) or 866.411.TIPS (8477). According to the Montgomery County Police Department, all crime tip information is taken anonymously.