The group says they stood outside of the home of the senator, chanted, lit candles and left a copy of the constitution at the senator's door. 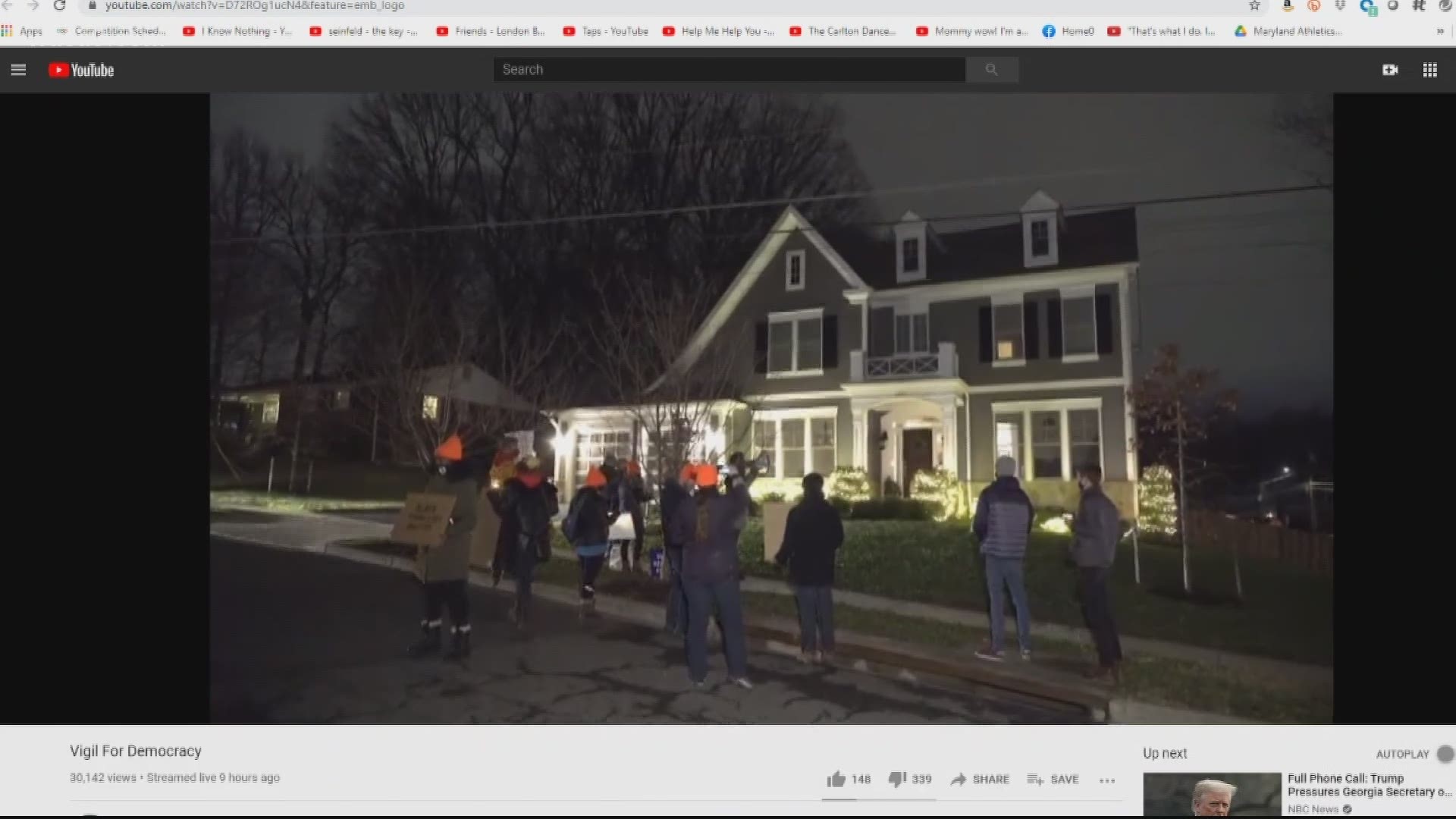 VIRGINIA, USA — About a dozen activists with the ShutDown D.C. organization held an hour-long vigil at the Virginia home of (R-Missouri) Sen. Josh Hawley Tuesday night, to demand that he reconsiders his stance on contesting the certification of the 2020 presidential election.

The group said they stood outside of the home of the senator, chanted, lit candles and left a copy of the constitution at the senator's door. They also left messages of voters from the states President Trump claims there is evidence of voter fraud.

RELATED: 'Be there, will be wild' | Pro-Trump protest expected on day Congress set to certify 2020 election results

Sen. Hawley claims that the ShutDown D.C. protesters went to his house and "threatened" his wife and newborn daughter who were inside of the home because they were unable to travel. He also said that they "screamed threats, vandalized and tried to pound open our door."

"Let me be clear: My family and I will not be intimidated by leftwing violence," Sen. Hawley said in a tweet.

Tonight while I was in Missouri, Antifa scumbags came to our place in DC and threatened my wife and newborn daughter, who can’t travel. They screamed threats, vandalized, and tried to pound open our door. Let me be clear: My family & I will not be intimidated by leftwing violence

ShutDown D.C. tweeted that they were at the senator's Virginia home to "demand that he drop his baseless contestation of the 2020 presidential election" and to "encourage him to reconsider his attack on democracy."

Sen. Hawley is one of 12 Republican senators who chose to reject and go against the official certification of Joe Biden as the next president of the United States. Congress is scheduled to count the electoral college votes and approve Joe Biden on Wednesday during a special session.

Several pro-Trump rallies are scheduled in the District this week ahead and on the same day, Congress is set to officially approve the 2020 election results. A "Rally to Revival" will be held Tuesday at Freedom Plaza, according to a permit approved and released by the Department of Interior. The permit estimates 5,000 people will attend, with events running from 1 p.m. to 8:30 p.m. Speakers include Cindy Chafian, Matt Couch, Alex Phillips, Bianca Gracia, Rose Tennet and more.

The March For Trump rally organized by the conservative women group, Women For America First, on Wednesday, Jan. 6 on the Ellipse Grounds is also projecting about 5,000 Trump supporters to make their way to the nation's capital.

RELATED: Here's everything you need to know about the 'March For Trump' rally in DC on Jan 6