The judiciary committee completed two days of questioning and is scheduled to start considering the nomination of Judge Barrett on Thursday morning. 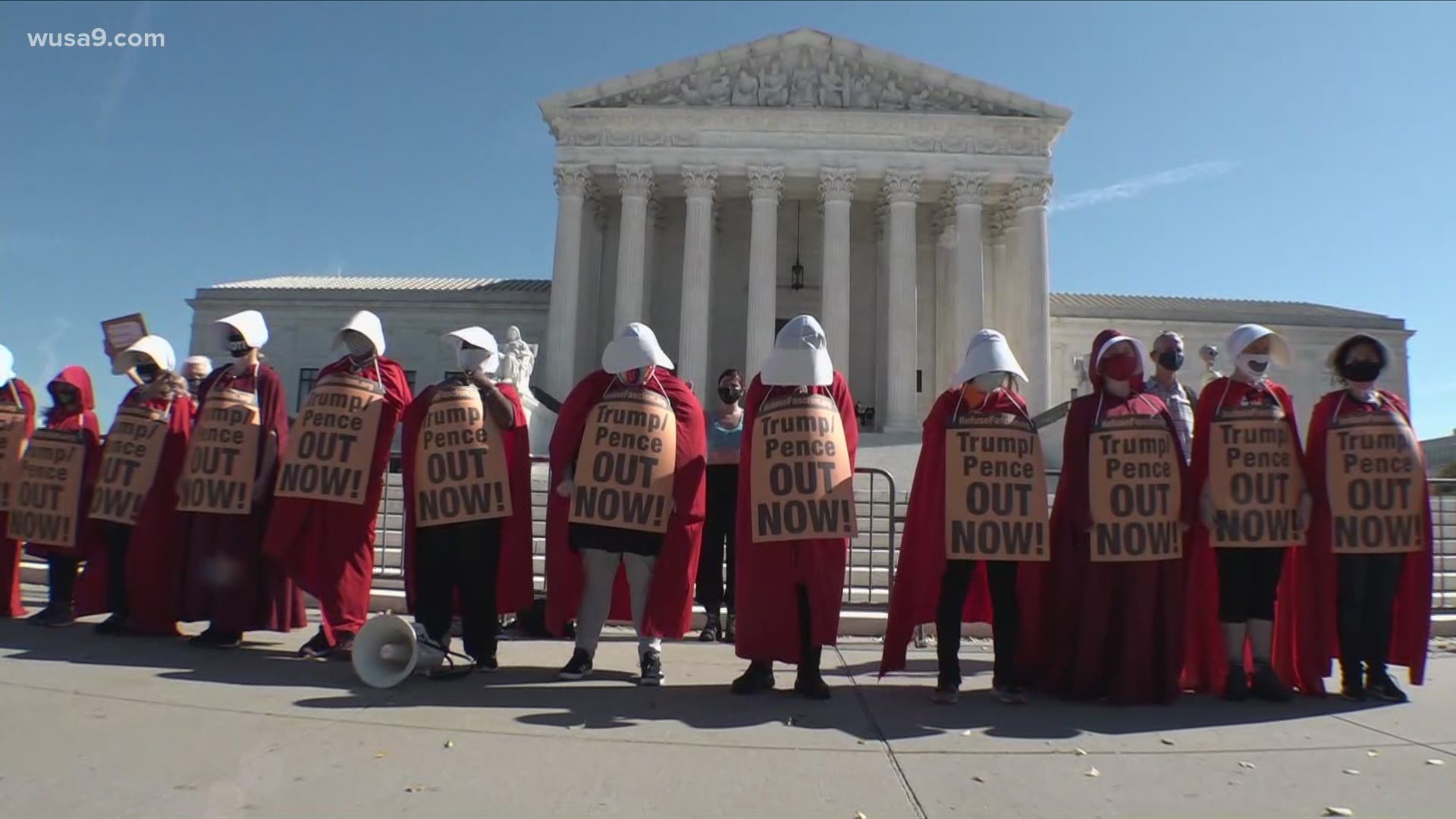 The individuals were arrested around 10:45 a.m. for crowding, obstructing, or incommoding and one person was charged with resisting arrest, police said.

Several groups of protesters gathered on the steps of the U.S. Supreme Court at 8 a.m. and marched to the Hart Senate Building demanding that Senate Democrats insist on a one-week delay before a vote on Judge Barrett's confirmation. Activists also called on Democratic leaders to join them in the streets.

"We should not be taking a business as usual approach by meeting with Amy Coney Barrett and moving forward with proceedings. These proceedings are outrageous and should be treated as such," said Ana Maria Archila, Co-Executive Director at CPD Action. "We're calling on our Democratic leaders to insist on a one week delay — and in the meantime, they need to join us in the streets to tell the public what's at stake here."

One of the activist groups were demonstrators dressed as "Handmaids." The group also joined protesters to the senate building pushing for the delay on Judge Barrett's confirmation.

"The steamrolled confirmation of Amy Coney Barrett will lock in a pro-fascist majority to throw the election to Trump no matter how you vote," a spokesperson with the group said. "It will transform the highest court in the land into an instrument of white supremacist, Christian theocratic atrocity stripping women, LGBTQ people, and many more of their basic human rights."

Pro-Trump demonstrators were also in the area of the protest and clashed with the Handmaid Procession outside of the Supreme Court Building.

The judiciary committee completed two days of questioning and was scheduled to start considering the nomination of Judge Barrett Thursday morning at 9 a.m. Judge Barrett was not present.

The meeting was held ahead of a panel of law experts and advocates who testified for and against Barrett's nomination. Senators are expected to discuss the nomination and have pushed the committee vote on Barrett until Oct. 22.

RELATED: Senate Judiciary to consider Barrett ahead of vote next week 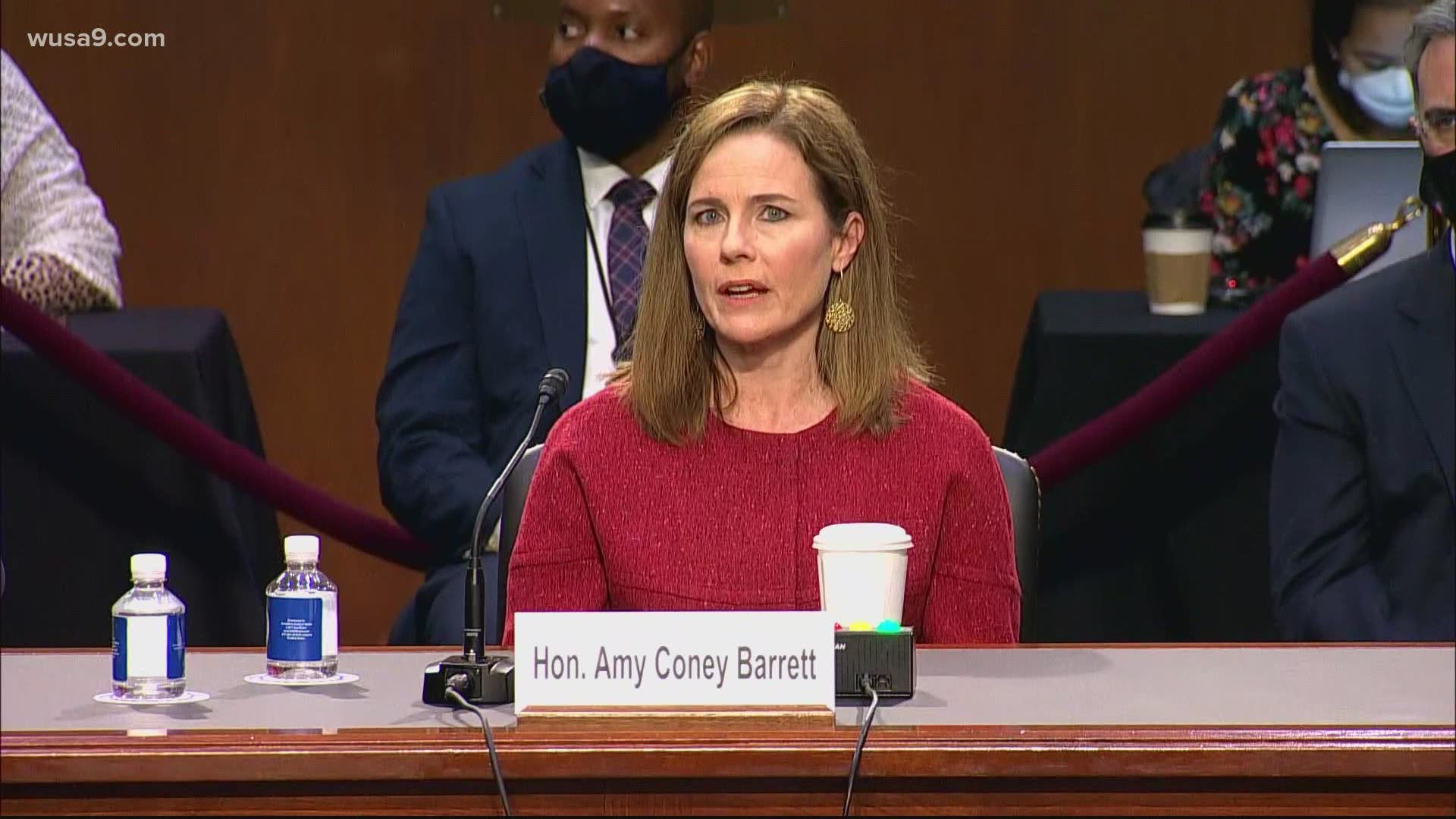 The individuals were arrested for "unlawful demonstration activities" causing crowding and obstruction with one person charged with unlawful conduct, police said.

Several groups of demonstrators gathered outside of the U.S. Supreme Court ahead of Judge Barrett's first day of confirmation hearings.

The confirmation hearings come less than a month before the Nov. 3 election. That has had Democrats urging the President and Senate not to proceed with the hearings, citing a similar situation in 2016 when Republicans argued the American people should have a voice in which the president selects the next Supreme Court Justice. 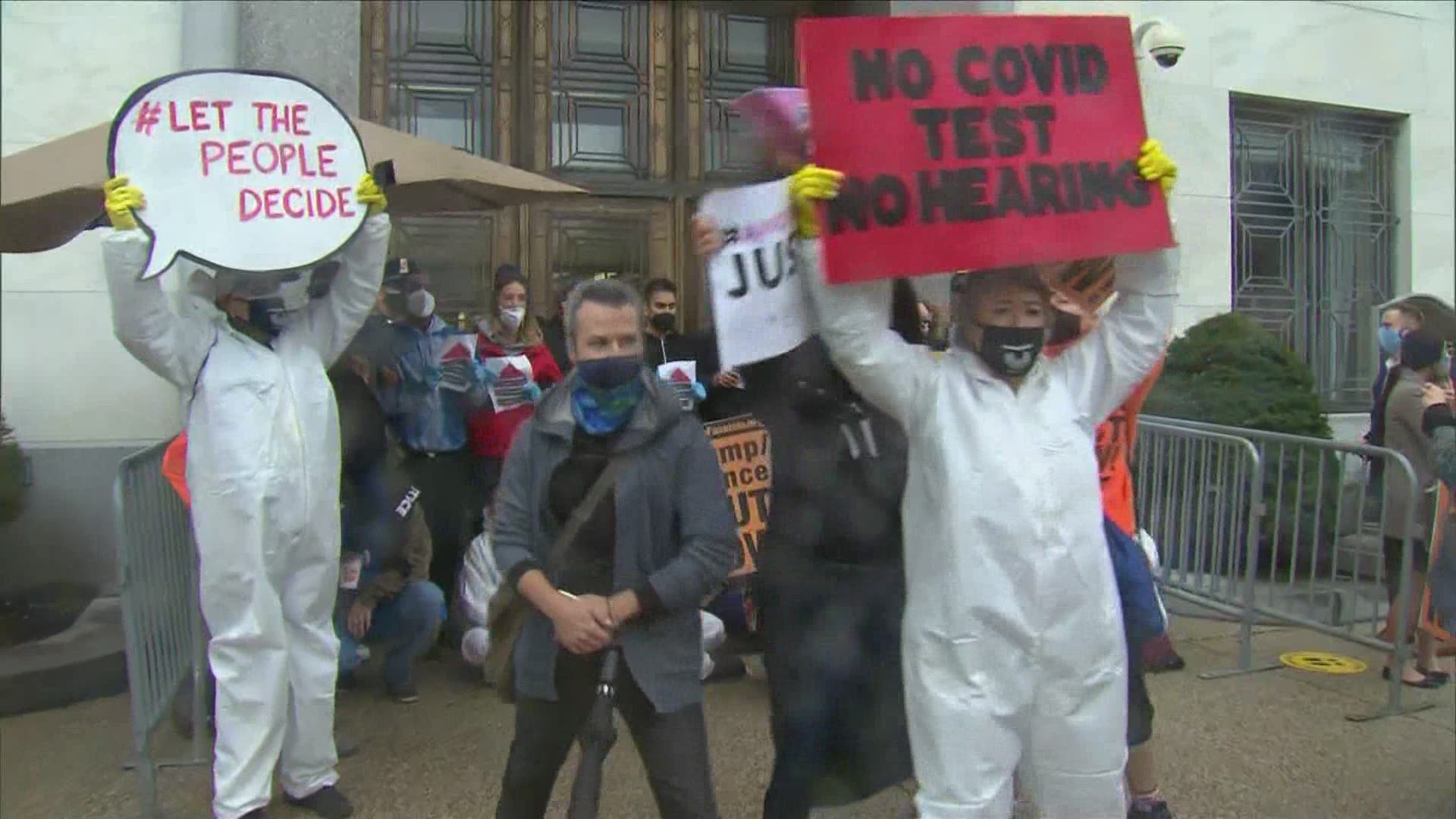