None of the 194 protestors who were 'kettled' and then arrested by DC Police last year will be charged, AG's office says

Acting DC Police Chief Robert Contee says his department has finished its internal report on the 'kettling' incident, but won't release it to the public. 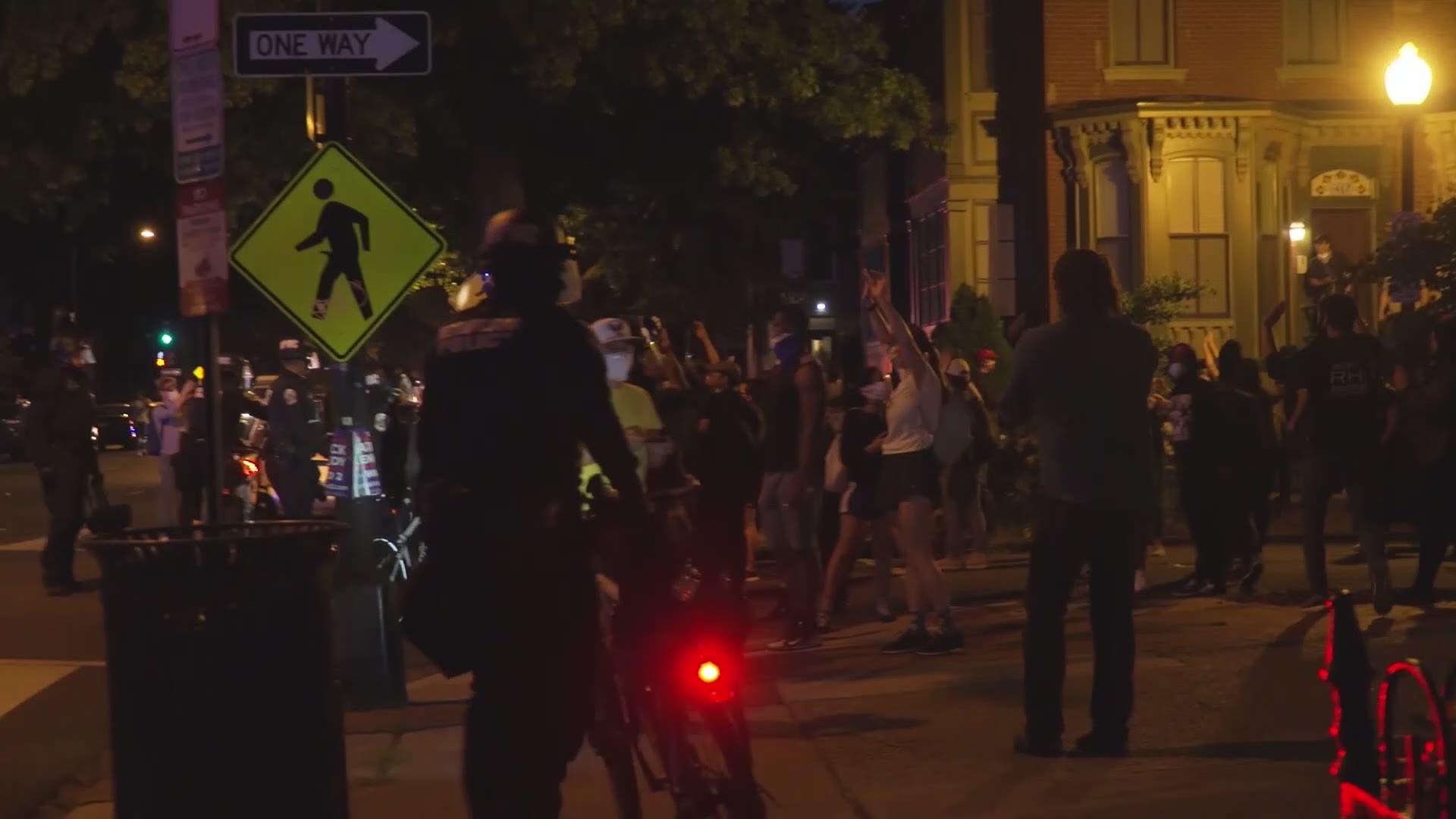 WASHINGTON — None of the 194 protesters arrested by DC Police officers on Swann Street last June will face charges, the office of the D.C. attorney general confirmed Thursday.

“We declined to prosecute all of the 6/1 Swann Street arrests. When making charging decisions, OAG evaluates the evidence and circumstances surrounding each individual arrest as well as the public safety risks to the residents of the District of Columbia,” said DC OAG Press Secretary Marrisa Geller.

The ACLU of DC released a report Wednesday criticizing what it called the "kettling" of protesters on Swann Street during Black Lives Matter protests last June. "Kettling" is a crow control technique where police seal off streets and alleyways – surrounding protesters before a mass arrest.

.@AGKarlRacine's office: "We declined to prosecute all of the 6/1 Swann Street arrests. When making charging decisions, OAG evaluates the evidence and circumstances surrounding each individual arrest and public safety risks to the residents of DC." @wusa9 #BlackLivesMatter

The ACLU called MPD’s tactics against Black Lives Matter protesters June 1 “clearly excessive in relation to the peaceful protest activity they were engaged in.”

The DC Police association countered in a statement, saying its officers encountered “violent” and “riotous activity” including car fires and thrown bricks.

WUSA9 reporters on the streets that night could not verify those police claims.

WUSA9 highlighted the efforts of Swann Street resident Rahul Dubey who sheltered kettled protesters inside his home for hours.

RELATED | Caught in the 'kettle:' The inside story of Swann Street

When asked Thursday afternoon by DC Councilmember Brooke Pinto during an oversight hearing when a report MPD promised months ago about Swann Street arrests would be revealed to the public, Acting MPD Chief Robert Contee said the report is finished. Contee wants to keep the report from the public and brief the council privately – to prevent possible legal exposure.

“I think there is one error that has come out. At this point, releasing this info, it could be potentially very harmful to the District when it comes to lawsuits that we face,” Contee said.