The response comes after Bowser sent a letter to the White House and the Trump Administration about how the National Guard was being used in the District. 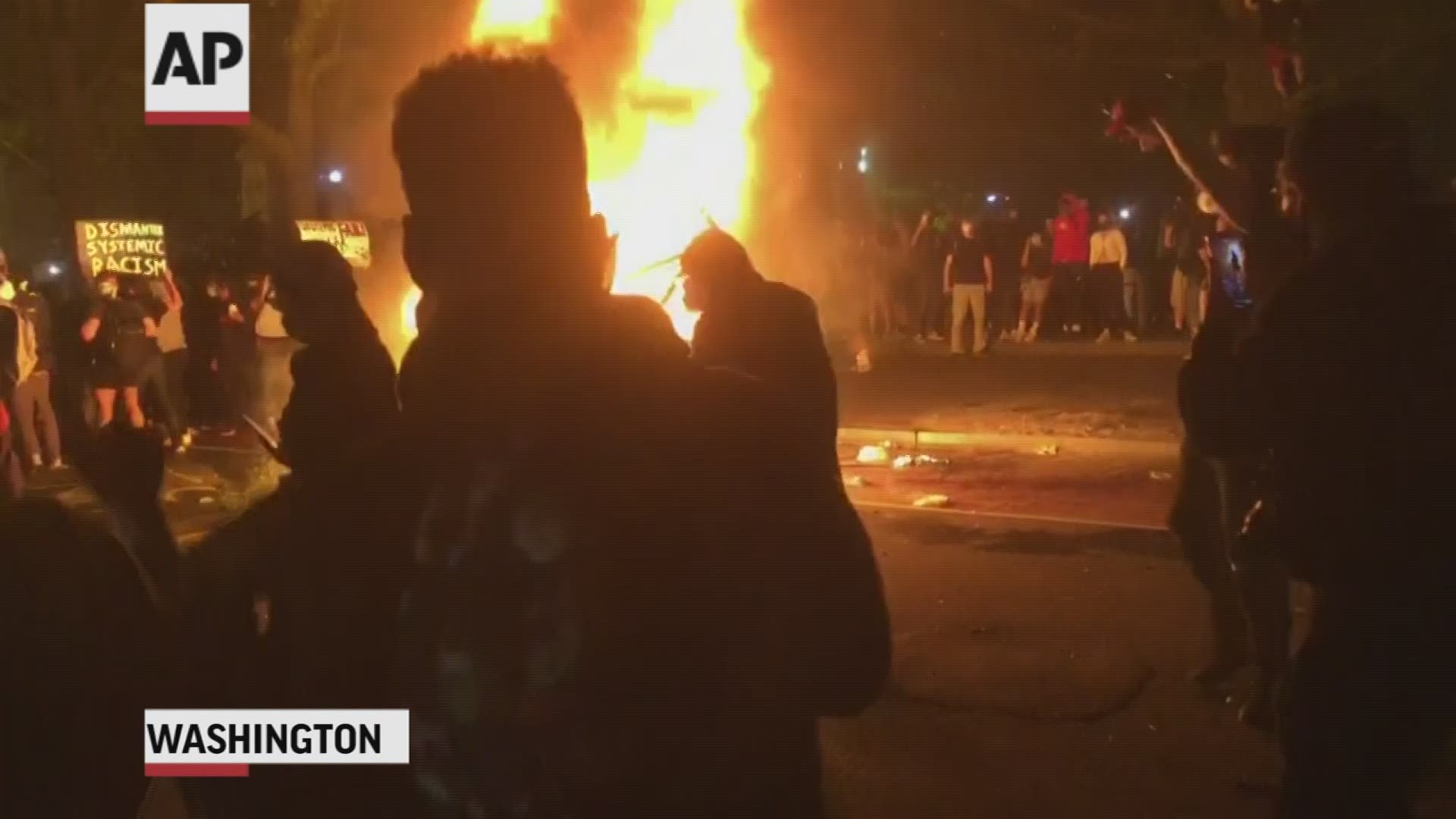 WASHINGTON — U.S. Attorney General William Barr sent a letter to D.C. Mayor Muriel Bowser about the National Guard being used in the District during protests over George Floyd's death.

The letter was released on social media by a spokesperson for the Department of Justice, Kerri Kupec.

The response comes after Bowser sent a letter to the White House and  the Trump Administration about how the National Guard was being used in D.C.

"I can assure you that all of the federal and National Guard personnel operating within the District have been doing so consistent with authorities provided under federal law and the law of the District of Columbia," Barr said in his letter to Bowser.

Barr also said in the letter that the National Guard were needed in D.C. after unrest on May 31, which included multiple federal officers and D.C. Police officers getting hurt, and the basement of St. John's Church being burned.

“This was a temporary response to an escalating security crisis," Barr said. "Our objectives were to ensure that the rioting would end, that federal functions would continue, and that law and order in the Nation’s Capital would be restored."

In a letter to the president last Wednesday, Bowser said the District’s curfew and state of emergency related to demonstrations had expired. She also asked for unmarked Bureau of Prisons officers to be removed from D.C. streets.

Bowser noted that these unmarked officers had been operating “outside of established chains of command,” and that their presence in the city could cause “dangerous confusion.” The mayor also noted that identifying insignia is mandatory for D.C. police officers.

Bowser said she was unhappy with how gas and other uses of force were used by federal officers against protesters on June 1, before the District's curfew went into place.

The clearing of protesters came before President Donald Trump made an appearance at St. John's Church for a photo op.

RELATED: VERIFY: Were National Guard members forced to sleep on the streets of DC?