In most gang murders, the victim usually has some type of gang affiliation or connection. That wasn't the case here. 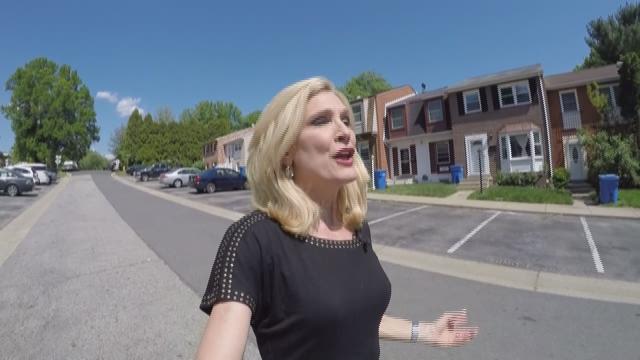 PRINCE WILLIAM COUNTY, VA (WUSA9) -- A horrific gang killing in Woodbridge involving a victim who was found inside his burning car took a shocking turn Wednesday.

Prince William County Police are now calling the attack completely random, which is sending chills through the community.

In most gang murders, the victim usually has some type of gang affiliation or connection. That wasn't the case here. Police said the victim had no connection to any gang.

Santos Arquimidis Sorto Amaya was just leaving his home to go to work when four MS-13 members abducted him, shot him and then put his body in his own car and set it on fire at Veterans Park, police said.

By all accounts, Sorto Amaya, 25, was a hard worker. His family called him Qui-mee. He immigrated from El Salvador to work in construction for his uncle, Rosaly Alfaro.

"I loved my nephew like he was my son. Most of the time when he was in the United States he spent the time with me in my house with my kids and my wife. He was such a good guy, which has been a big loss to us," said Alfaro.

Sorto Amaya rented a townhouse on Anderson Court in Woodbridge with some roommates and always left for work early.

On March 13, he was seen leaving as usual. But then, right in front of his townhouse, Prince William County Police said he was abducted by four suspects, who then shot him multiple times.

At some point, they put his body in the trunk of his own car and drove it to Veterans Park where they set it on fire two days after they killed him.

"He was a really, really nice person. We cannot believe that this happened to him. It's just horrible," said Alfaro.

Sorto Amaya's mother, brothers, sisters and six-year-old daughter still live in El Salvador. His uncle said Sorto Amaya came to Virginia to make money for his family. He says his nephew never had anything to do with gangs or violence and spent much of his free time at church.

MORE: A look inside the world of MS-13

The fact he's from El Salvador and the suspects all are part of MS-13, a Salvadoran gang that began in Los Angeles, is just a coincidence, police said.

There was no robbery, so police don't have a motive for the killing, other than it was committed by four known gang members.