NPS officials said a visitor called saying they saw a body floating in the ocean water in Manteo, NC. The man who drowned was from Falls Church, VA. 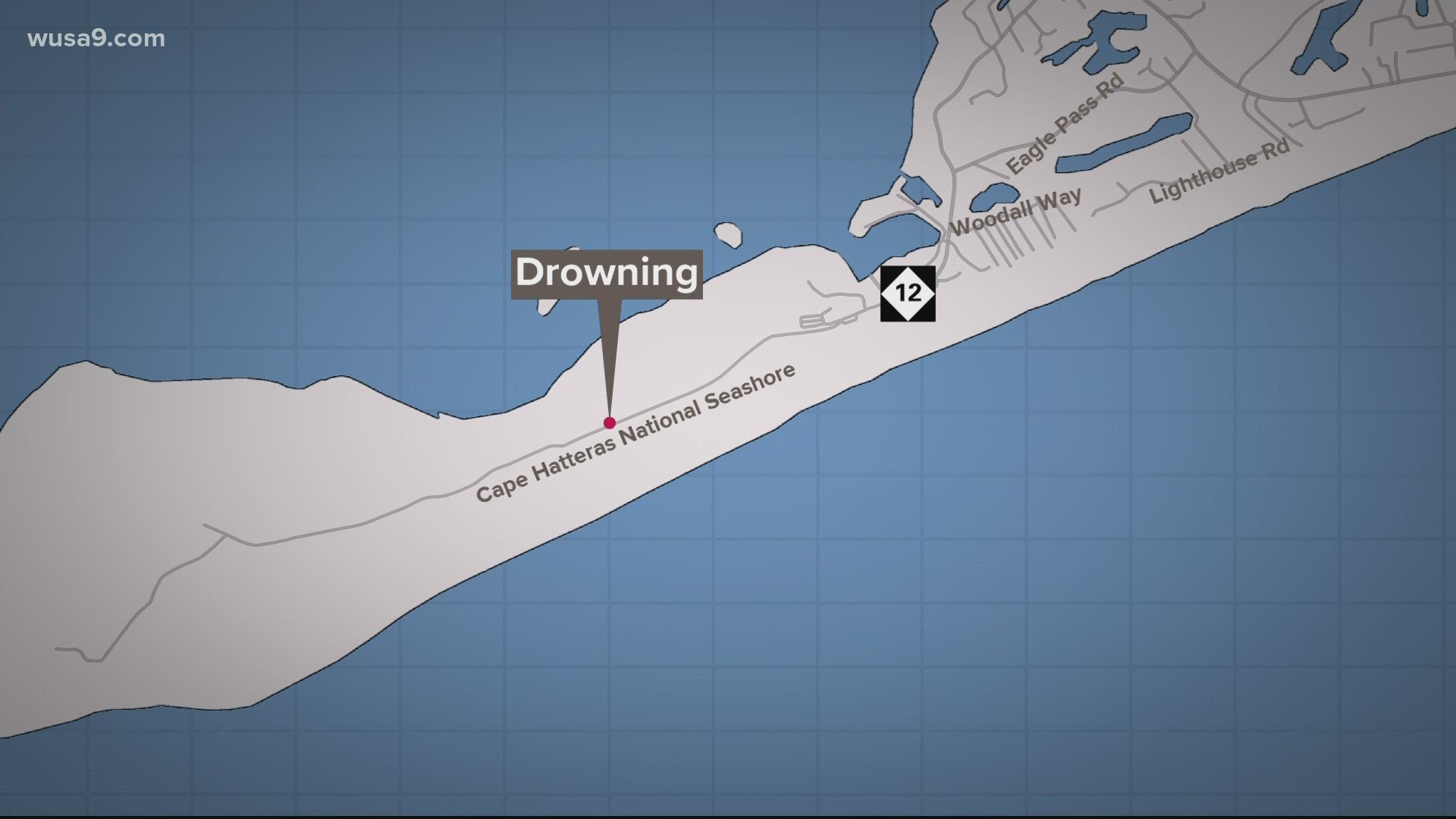 MANTEO, N.C. — Detectives are investigating a drowning that happened in the Outer Banks area Friday night after a body was found floating in the ocean at the south end of Hatteras Island.

National Park Service officials in North Carolina said they received a call on Friday, May 28 around 9:34 p.m. of a report from a Cape Hatteras National Seashore visitor saying they found a body floating in the water at the end of Pole Road.

According to officers, the person's body that was floating was a 46-year-old man from Falls Church, VA. His family said he was surf fishing before the drowning occurred.

Police said the ocean conditions in that area were reported to be rough when the incident took place. They have not released any further details at this time.