We're in this together: Community donates bike to nurse walking to walk 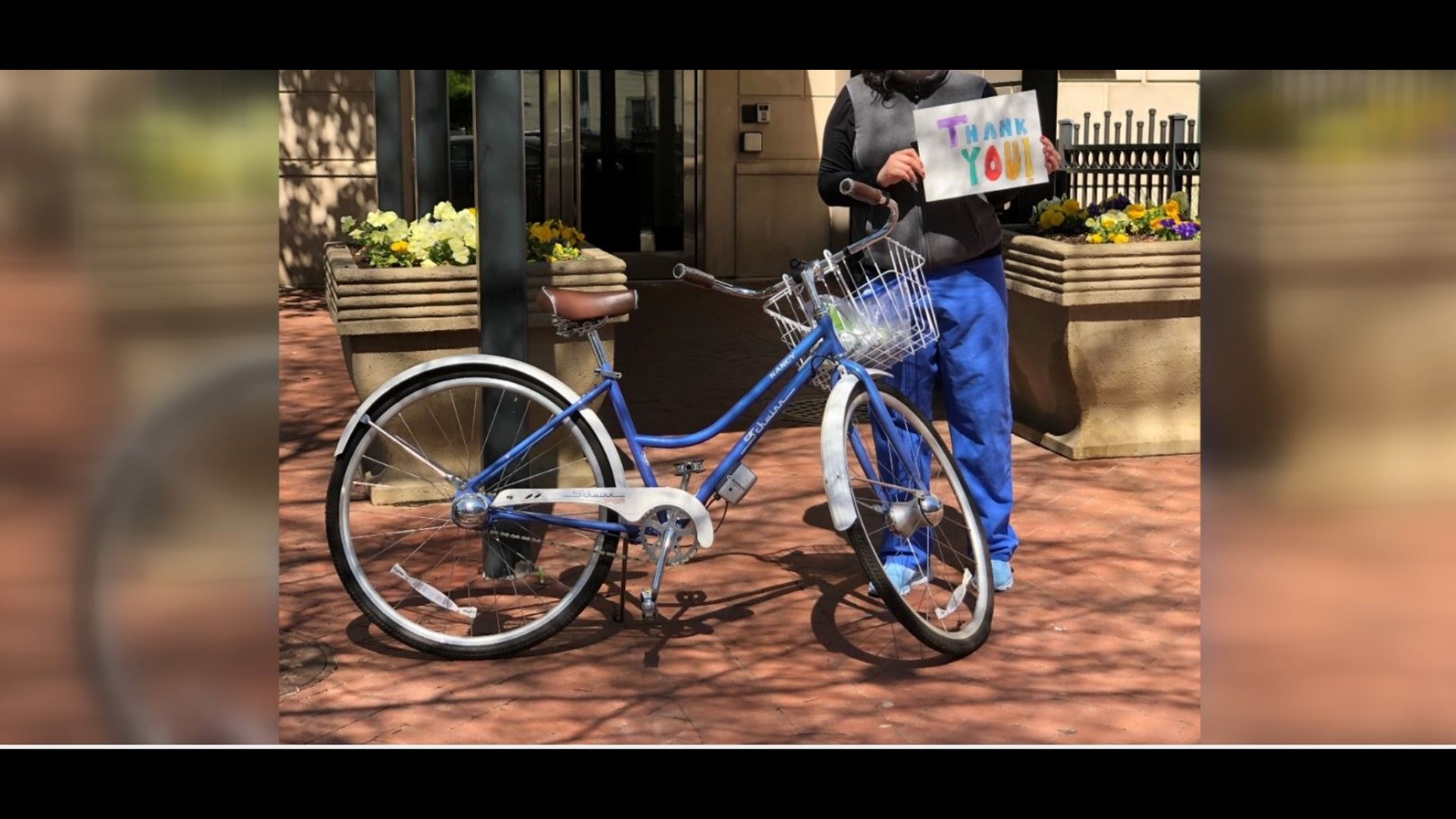 WASHINGTON — Susan's niece Alex is a nurse at Children’s Hospital in Washington, D.C.

Alex told her Aunt Susan that she’d been walking about 4 and half miles round trip to the hospital everyday because she was worried about unknowingly carrying the virus and infecting people on public transportation or in ride shares.

A very worried Aunt Susan posted this message on Nextdoor asking if anyone had a spare bike for Nurse Alex.

Alex says the response was overwhelming.

"Hey I’m Alex. So when I first mentioned to my aunt that I’ve been walking the roughly 4 1/2 miles round-trip to the hospital for work because I was worried about unknowingly caring the virus and infecting people on either public transportation or ride shares they said that they would try and find me a bike but I really had no idea what was coming. The outpouring of kind words supplies and many, many, many bikes was honestly so kind that it was overwhelming.  I think especially because right now it means the world that people have your back and that they’re looking out for each other."

In addition to bike, Alex got a helmet, a lock, lights and even a safety vest.

Thank you to everyone who helped Nurse Alex get a bike.

RELATED: We're all in this together: Quarantine Serenades

Do you have a good news story?

Text the word TOGETHER to 202-895-5599 to submit your idea or learn more about groups we’ve featured.