Grief turns to anger for one local family 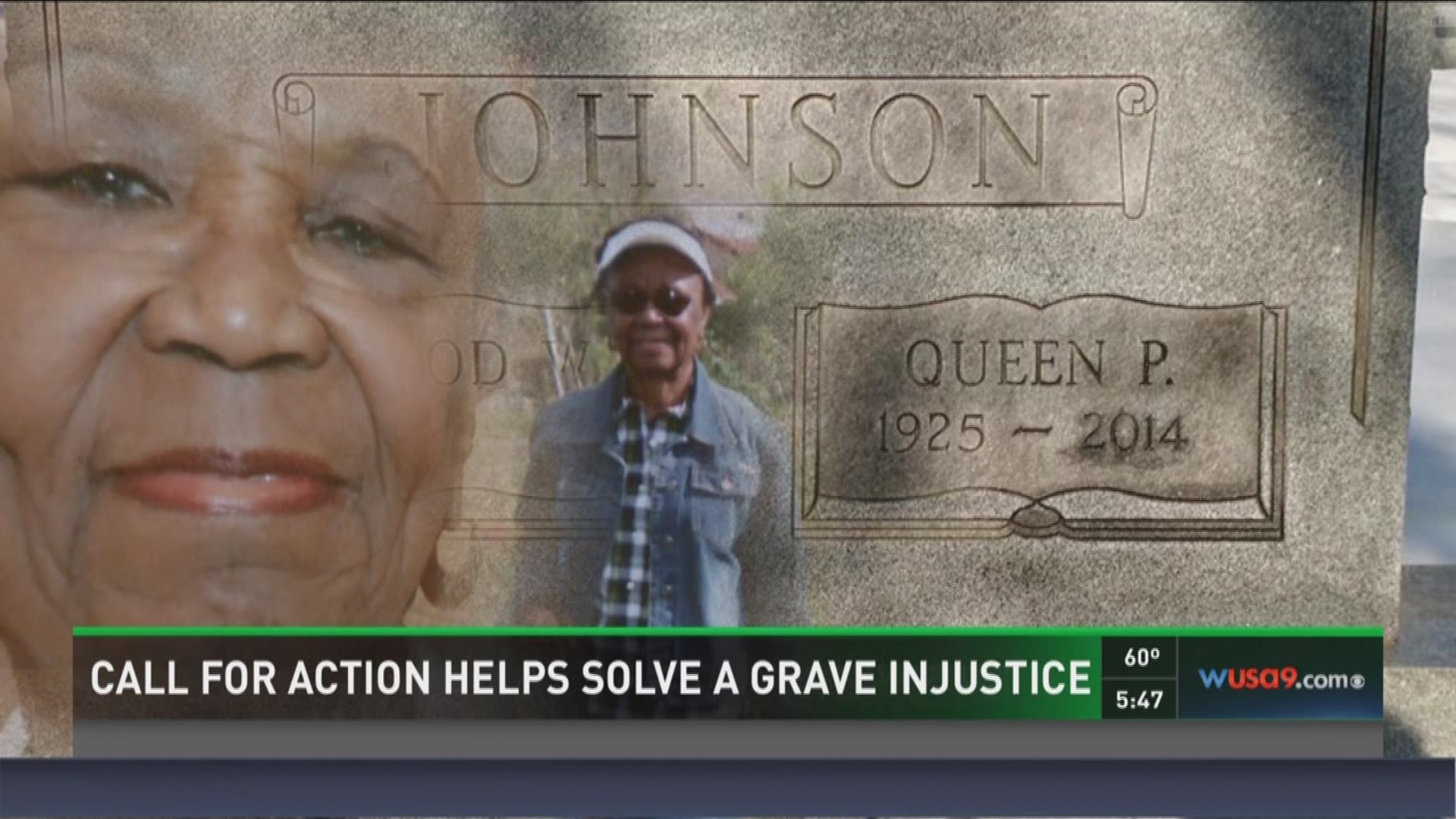 WASHINGTON (WUSA9) -- "This seems like it stays open, like an open wound that just won't heal," says Lynn Taylor-Moore.

She stands at Queen Johnson's final resting place. The beloved sister to 92 year old Tessie and aunt to Lynn Taylor-Moore.

But look closely at her gravestone and you'll see something was left undone. She died back in November of 2014. One year and three months ago.

"They say, oh I gotta look up her file and I'll call you back. And, no, they don't call back," says her sister Tessie.

The Queen of their family was not one to leave a task undone. Before Alzheimer's set in, she prepaid nearly 18 grand for a spot to be shared with her husband, on a mountain at Fort Lincoln Cemetery.

After more than a year of waiting with no answers, her family reached out to our WUSA 9 Call For Action team for help to carry out Queen's final wishes.

Tayor-Moore says, "When you're not given real answers to why it hasn't been done, you're just left so frustrated and so helpless."

The office manager at the cemetery didn't want to talk on camera, but told us about a $120 additional fee to inscribe the date of death on a marker.

She blames miscommunication for the problem. But, promised to make it right with no extra charge for the family.

"If any additional dollars were due, we should have been told that on November 25th. All of a sudden, that's the reason that's given. It seems kinda weak," says Lynn Taylor-Moore.

Three weeks after our visit to Fort Lincoln, a final salute to Queen was etched in stone. Dignity delayed, but not denied.

"I feel very grateful to Call For Action because without you guys, I don't think we'd ever be able to get this solved," the niece says.

Lynn Taylor-Moore and her mother Tessie are concerned about other families that may be in their same situation.

Five of them were related to memorials. All of them have been resolved and closed.

If you have problem that needs help, contact our WUSA 9 Call For Action team of volunteers. File a complaint online click here or call the hotline at 301-652-HELP (4357)