Owners say they didn't mean to offend anyone. 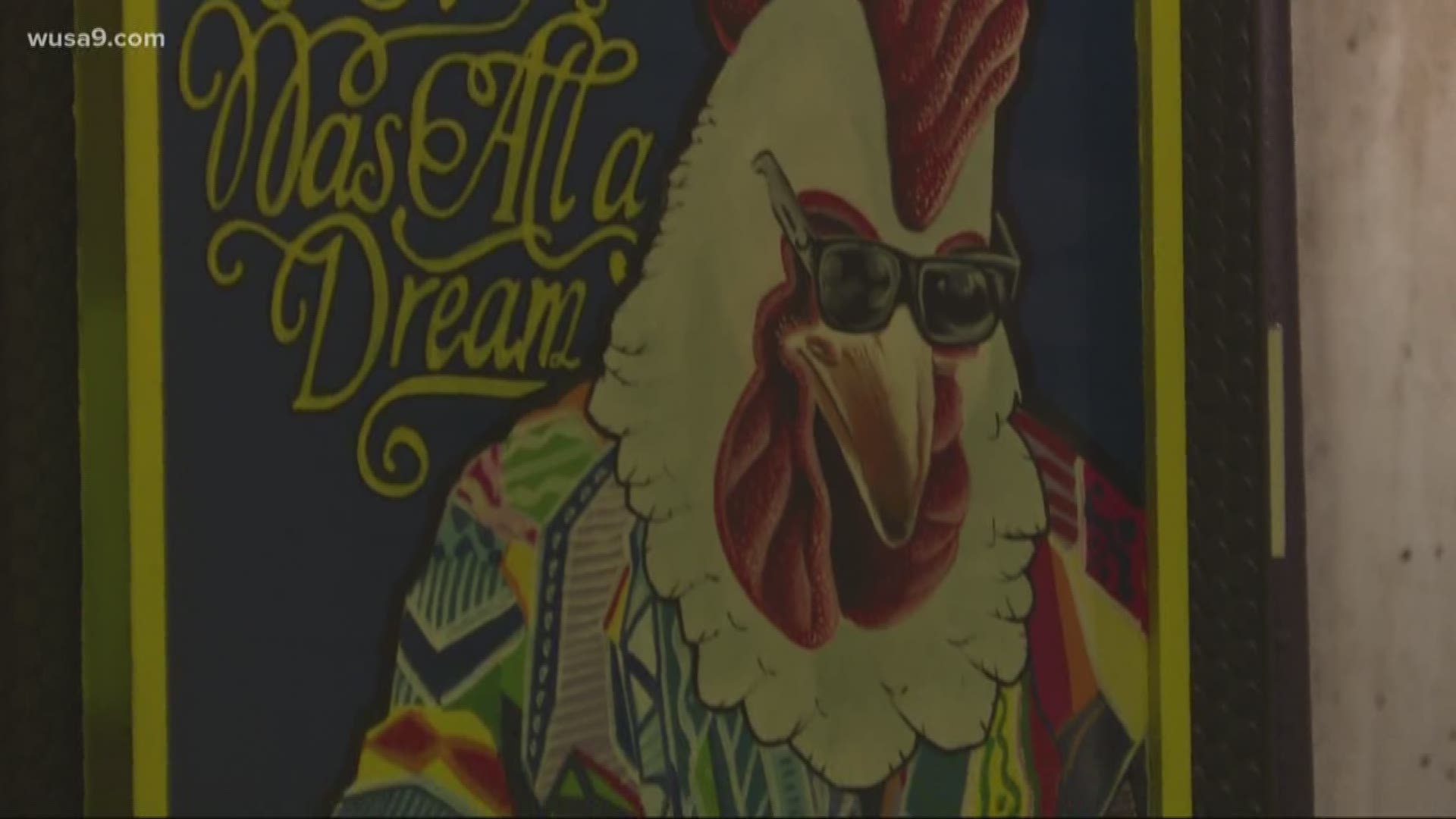 WASHINGTON — The latest debate on U Street is about freedom of expression versus cultural sensitivity.

“Tone deaf is an understatement,” said Rahman “Rock” Harper a chef and activist.

“Artists and comedians should be given that kind of leeway,” said one neighbor.

"I will always defend artists," added another man.

But some say the artist went too far.

“As an elder of the U street scene,” said musician/rapper Larry “Priest Da Nomad” Ware, “being an emcee and being in the culture - it just offended me.”

“There is a deep history of making our people, especially connected to chicken, look like animals because it’s dehumanizing and it’s degrading,” said Harper.

“You have to be sensitive to the culture and things around you," added Ware.

Just as he said that the matriarch of U Street, once known as Black Broadway, steps out of Ben’s. Virginia Ali and Chef Rock worked together to open Ben's Next Door a decade ago.  Rock was fresh off his win with Hell's Kitchen.  Now, the celebrity chef – who just launched a podcast entitled Shift Drink - is using his platform to call out his fellow restaurateurs.

The owner of Roy Boys, Northern Virginia restaurateur Scott Parker, happens to be white. The artist, Christopher Lynch, is also a white man who drew criticism when he posted the murals on his own Instagram page.

“Marketing is everything no one comes to a restaurant they don't know about I get that,” said Chef Rock, “but what you won't do is play with a culture I love.”

The owners said because of the backlash, they have decided to take down the murals adding they did not intend to offend anyone.