Mother accused of murdering her two children could walk free

Maryland law mandates that charges be dropped five years later if the accused is incompetent to stand trial. Catherine Hoggle has been confined in a mental hospital since 2014 in the disappearance of Jacob, 2, and Sarah, 3. 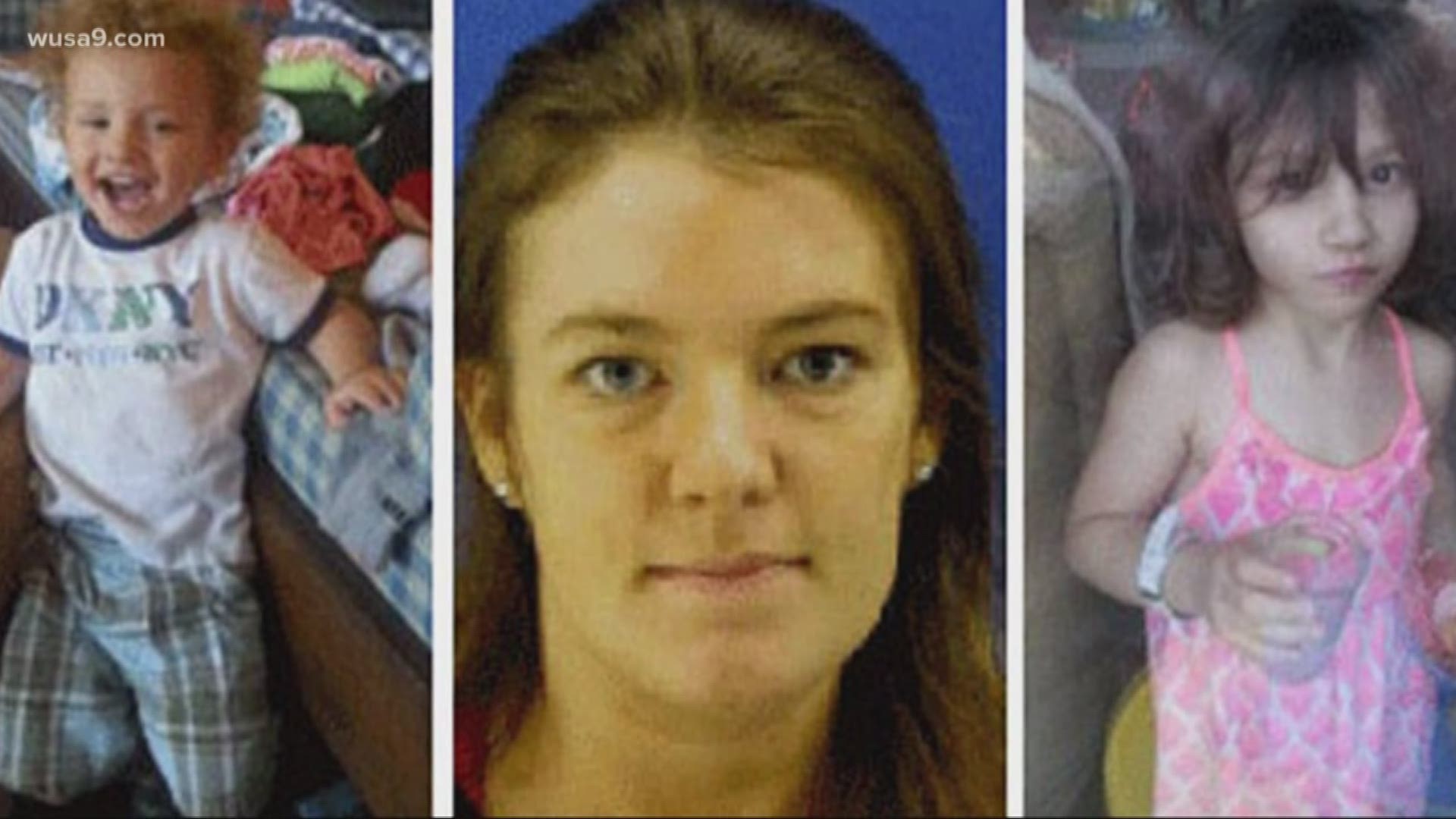 ROCKVILLE, Md. — She's accused of murdering her two young children, but Catherine Hoggle may be just months away from a decision that could let her walk free without ever standing trial.

Hoggle is confined to the state mental hospital now. But if she's still there in September, under state law, prosecutors will likely have to drop the murder charges against her.

The deadline comes about five years after Jacob and Sarah Hoggle disappeared.

"Catherine Hoggle murdered my babies, and there's a chance she could walk out of there after doing it," said Jacob and Sarah's father, Troy Turner.

Jacob was just two when he disappeared in Montgomery County. His sister Sarah -- who Turner calls "a tomboy princess" -- was three.

"They were amazing kids. Some of the sweetest souls that God's ever created," said Turner, his voice breaking a little.

A Montgomery County grand jury indicted Catherine Hoggle in their murders in 2017. But doctors have repeatedly found her mental illness renders her incompetent to stand trial.

"My babies are dead," said Turner. "And the person that did this is being protected by the system that's supposed to create justice. There's no way to heal from that."

If someone is still incompetent five years after being charged with a felony, Maryland law requires the charges be dropped.

"At some point you can't bring a person who can't defend themselves to trial," said David Felsen, Hoggle's lawyer. "And that's where we are in this case."

But Turner's convinced Catherine Hoggle is faking it. And he points to a hand drawn map she gave her mother that describes how to stay out of prison.

"That's the definition of competency," he said.

Courts have a two-pronged test to determine competency:

"We don't try people, we don't have trials against them, when they're not able to defend themselves," said Felsen. "And that's where we are."

Felsen insists that even if the state drops the murder charges against Catherine Hoggle, she could remain confined to a mental hospital if doctors find she's still a danger to herself or others.

"She murdered my children, and she's not saying anything," said Turner.

Despite massive searches, police have never been able to find their bodies.

A spokesman for Montgomery County State's Attorney John McCarthy declined to comment on the Hoggle case. He said he could not talk while the case was pending.

RELATED: Catherine Hoggle indicted for murder of her 2 children