Councilmember Evan Glass' office received so many hateful voicemails, he says they had to stop answering their phones for four days 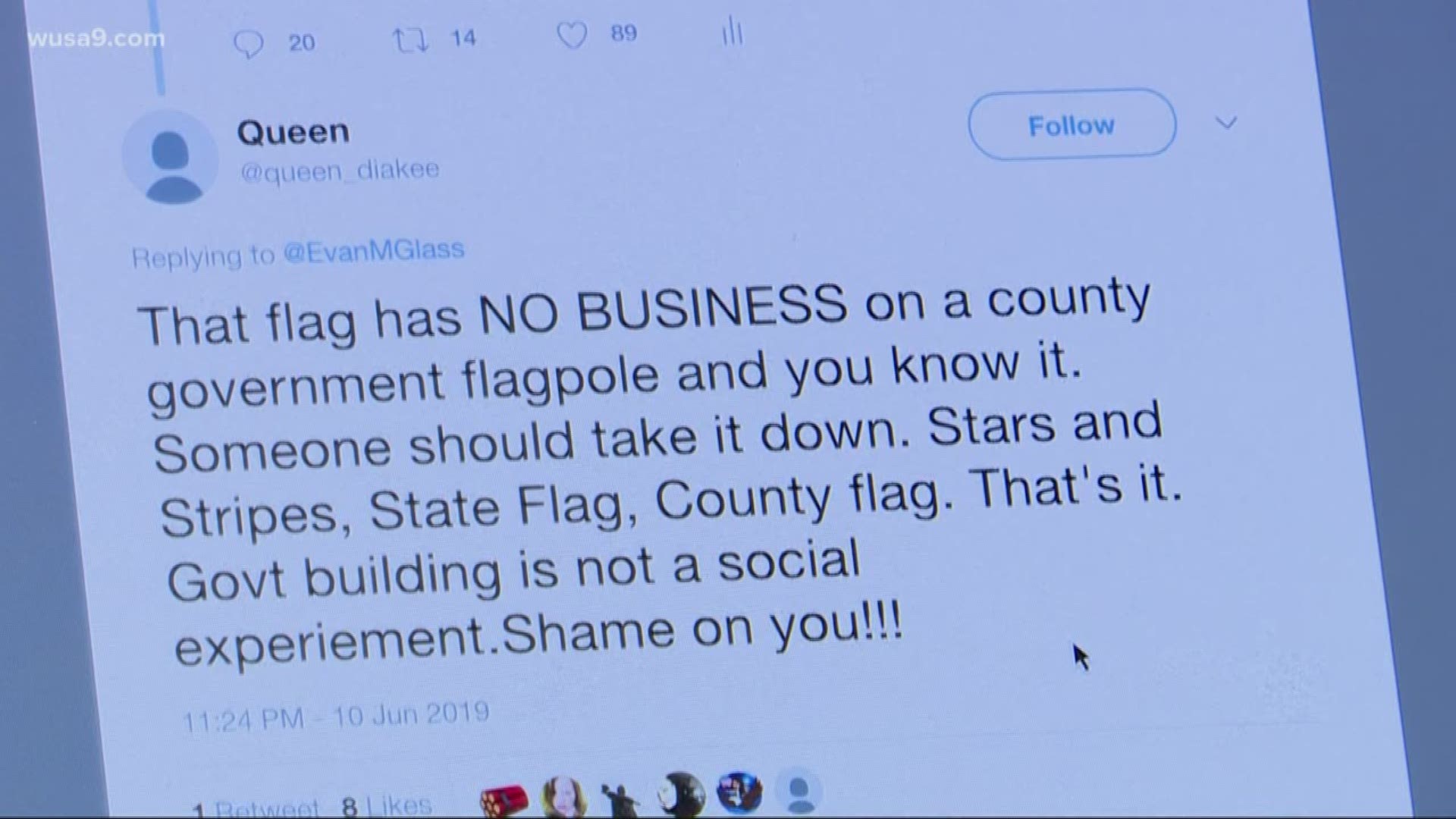 Instead, he said his office received so many hateful voicemails in response that his team members had to stop answering their phones for four days.

One voicemail he played for WUSA9 said, in part, "Is it true that ya'll are flying the gay flag? ... You have no honor. It's despicable."

Initially, a veteran flag was taken down to accommodate the Pride flag, but the council added it back to the row after community outcry.

The backlash began when the councilmember sent out a list of Pride events to constituents, which started with the flag raising.

Immediately, he received multiple angry emails, like one saying, "Oh, thank you so much for inviting me to your tra*** queer pride gatherings. What will you be wearing? A sexy miniskirt with tank top and bustier perhaps?"

"I'm a public official and I have thick skin, and if people are sending me hurtful messages, I can withstand that," Glass said, "But, I have a team here in my office, and the majority of them are members of the LGBTQ community, and for them to ... hear people being hurtful and mean and cruel, that's not fair to them."

His Facebook page also received numerous negative comments on the video he posted of the flag raising.

Some recurring words throughout the thread of comments are "shameful" and "disgraceful."

Just this month, two transgender women of color were killed in Prince George's County, and a gay couple was assaulted walking down U Street in D.C.

RELATED: Community rallies around gay couple attacked on U Street

Montgomery County has seen its own share of hate crimes.

According to Montgomery County Police data, there were 49 crimes related to sexual orientation and gender in the last four years.

"This is why celebrating Pride is so important, because we need everybody to understand that we are here," Glass said. "We are your friends, neighbors, coworkers, and we are hopefully deserving of your respect and of the civil rights that should be afforded to us."

The last Pride event in Montgomery County will be the Pride Party on Saturday, from 6:30 p.m. to 10:30 p.m. at Rockville Town Center.