McLean mother-daughter 'murder-suicide' may be a double murder

What was thought to be a murder-suicide in McLean over the summer, may now have an even more gruesome ending. 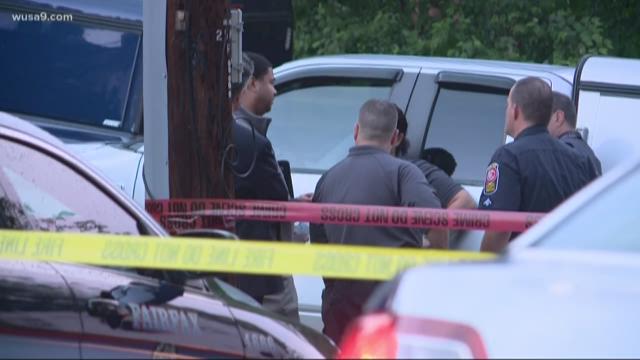 What was thought to be a murder-suicide in McLean over the summer, may now have an even more gruesome ending.

WUSA9 has learned new information in the case – the crime scene may have been altered and staged by the suspect.

Fairfax County police are looking into the possibility that this was a double murder.
On the night of July 14, police found two bodies inside 6708 Dean Drive.

Pamela Hargan, 63, who worked at Lockheed Martin for decades and who was working with SAIC at the time, was found dead in her laundry room, according to court documents.

Hargan had three daughters and her youngest, 23-year-old Helen Hargan, was also found dead in an upstairs bedroom. Both women were shot to death.

At first glance, police thought it was a murder-suicide. The boyfriend of one of Helen’s sisters, who lived in Dallas, Texas, had called police to report the shooting, according to dispatch calls.
Police filed two search warrants – one the night of the killings and then again seven days later.
Those warrants were recently unsealed.

In the second search warrant, the detective wrote that the “investigation has revealed that the scene may have been altered and staged by the suspect."

"The transfers were attempted by Megan Hargan who is another daughter of Pamela Hargan,” the documents read.

Neighbors said Megan has a young daughter and that the two of them were living in the McLean home with Pamela in July. The child no longer lives at that home on Dean Drive.

When WUSA9 went to home on Wednesday, no one answered the door.

RELATED: Police: Daughter kills mom then self in McLean

A police radio call that July night said Megan was on her way to the scene from Maryland.

Police have not named a suspect in the case, but said it’s still a “very active” investigation.

WUSA9 left messages with Pamela’s other daughter, Ashley, in Pennsylvania and Pamela Hargan’s ex-husband in Sterling, Va. but have not heard back.