The couple lost custody of two of their children after authorities investigated apparent emotional and physical abuse occurring on the family's YouTube channel. 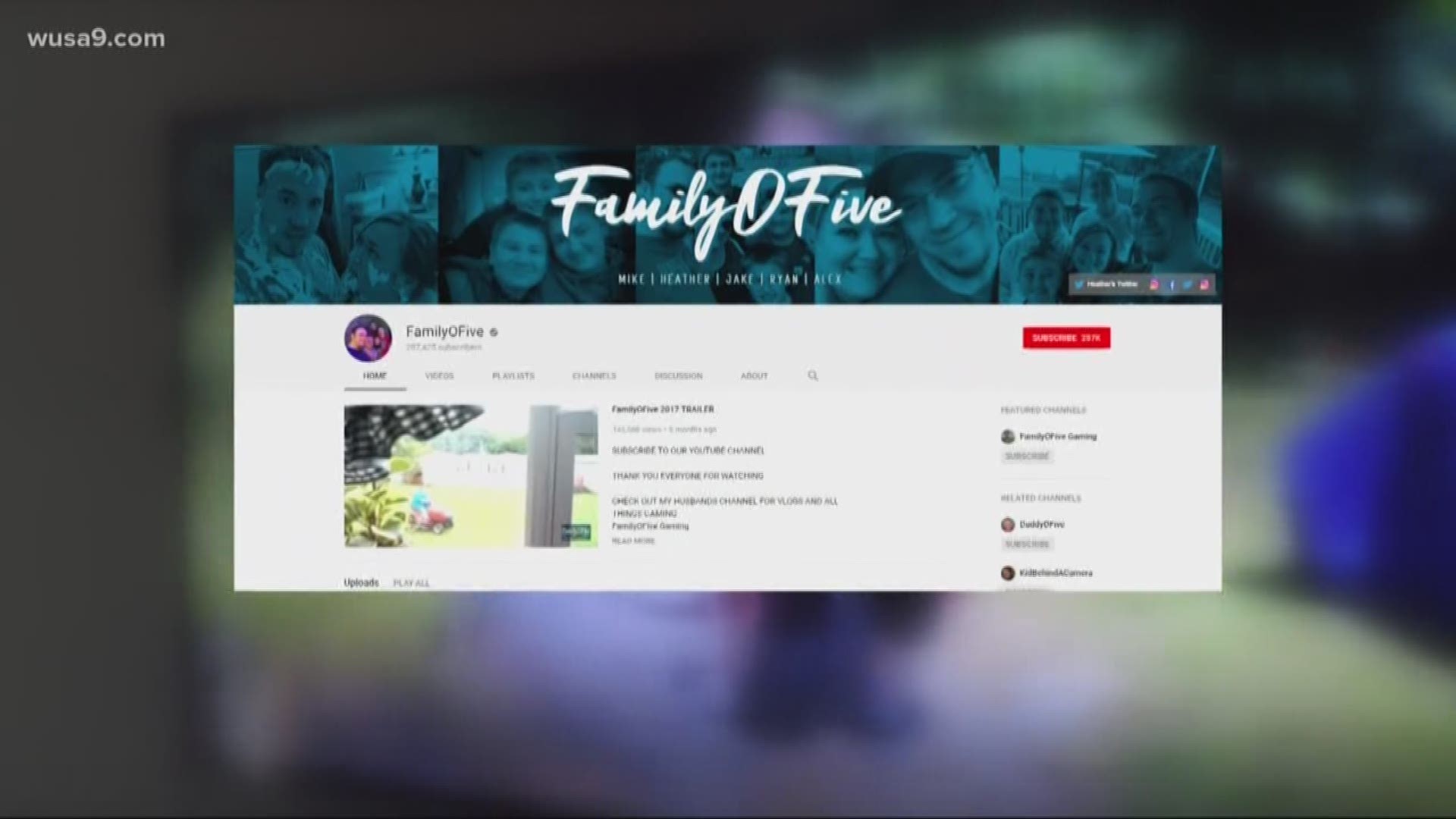 FREDERICK, MD -- A couple convicted in Maryland of child neglect after operating a YouTube channel featuring the apparent abuse of their own children continue to upload videos featuring the remaining children living with them.

The existence of the channels FamilyOFive Gaming and FamilyOFive hosted by convicted child neglecters Michael and Heather Martin is attracting new attention online. It has sparked such an outrage that one discussion thread on Reddit had to be shut down.

The channels continue to feature “pranks” and other exploits of the Martins and their three remaining children.

The couple lost custody of two other children after authorities investigated apparent emotional and physical abuse occurring on the family’s popular videos uploaded to their DaddyOFive channel. The channel is still hosted by YouTube, although the offending videos have been removed.

In 2017, Michael and Heather Martin received probation in Frederick County, Md. for misdemeanor child neglect after admitting the state had enough evidence to convict them. They did not admit guilt under the so-called "Alford plea" in Maryland.

The couple are serving probation in Maryland until 2022 and were specifically prohibited from making videos with the younger children who were removed from the home. No restrictions were placed on the three remaining children.

The family appears to be living in West Virginia.

“A lot of the same things are happening,” Amanda the Jedi said. “It seems to be a lot of set up situations like, ‘We’re exposing (one son's) text messages to his girlfriend!’, and basically a bunch of situations designed to embarrass the various kids.”

“There is still footage of kids freaking out because they are being harassed. Pranks which are more directed toward the adults which is probably the smart way to go. But it’s still just very exploitative,” the video blogger said.

“Dude basically runs a Roman Colosseum of child abuse with his own kids as gladiators and gets paid pretty well to do it,” wrote one user.

On Tuesday, mother Heather Martin responded to WUSA9’s questions with the following statement:

“Our family has worked very hard to heal and reestablish ourselves over the past 18 months. Through a lot of hard work and introspection, we are all doing well, and are happy. YouTube is something we enjoy as a family, and we will continue to do it, within the strict boundaries we have set for ourselves. For the sake of our privacy and continued healing, I have no further comment or anything past, or present at this time.”

The family has also posted the following disclaimer on its FamilyOFive channel:

“We are ENTERTAINERS. We are real people, a real family. Some events may be staged/re-enacted/ or exaggerated for entertainment purposes. Our children will not be target of any pranks displayed on this channel, NOT even staged! And if they are home when we prank each other, or they prank us they will be fully aware of what is going on. Our children also have liaisons outside of our home to speak to about their participation in this family channel, even for normal family vlogs. No pranks will be done between Mike and I that could endanger their safety”

WUSA9 has also contacted authorities in Frederick County, Md. and Berkeley County, W.Va. and have not received any responses yet.