New life breathed into a lawsuit alleging a history of undercounting people who need federal help the most, County Executive says. 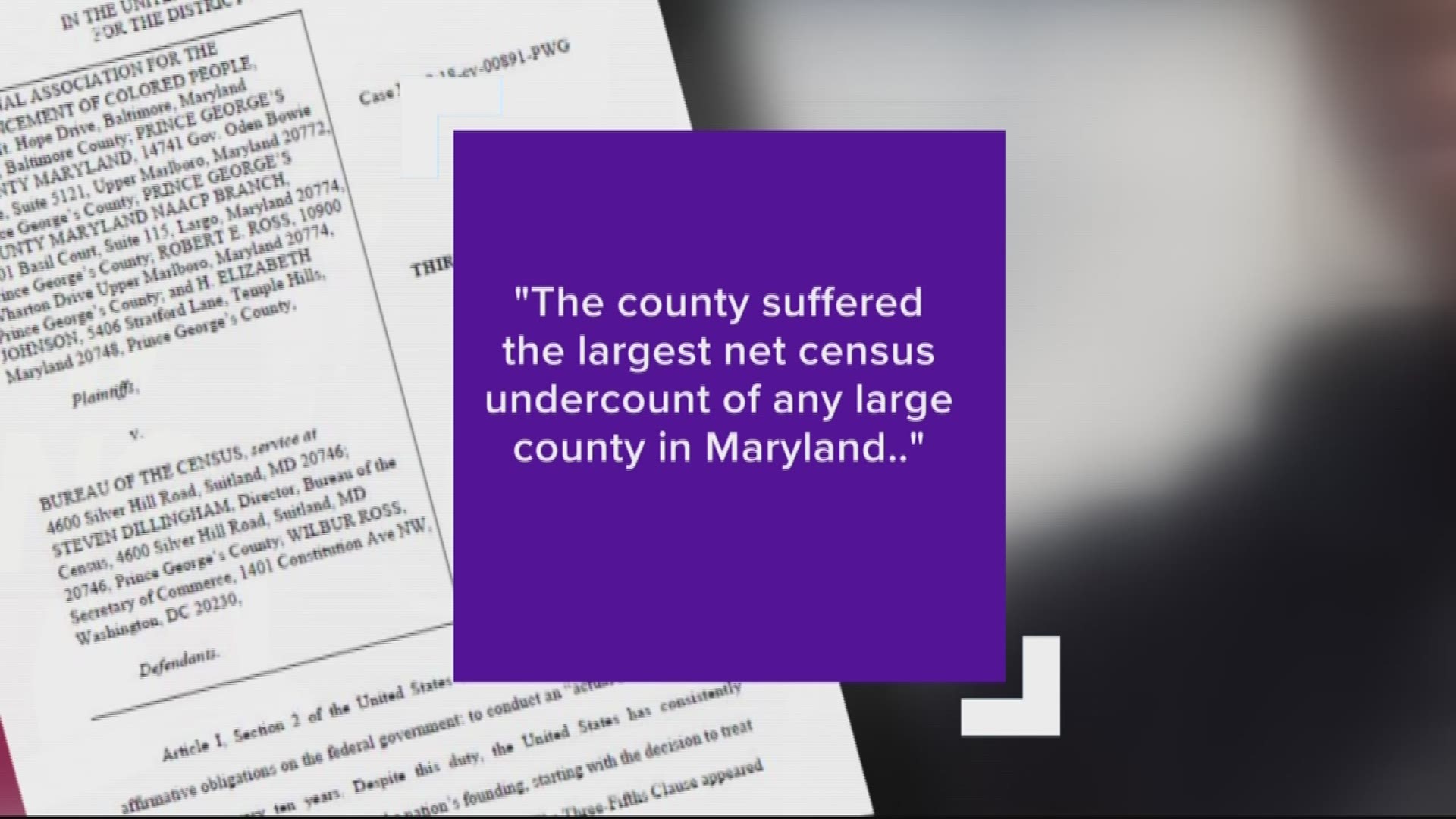 LARGO, Md. — The nation is ramping up for its once-every-decade census count which begins April 1.

But, Prince George's County officials and the NAACP allege in a federal lawsuit that the system is rigged to undercount African Americans, immigrants and other populations that are viewed as difficult to count.

The suit has been re-filed after a federal appeals court determined a previous ruling throwing out the suit was wrong.

The lawsuit is intended to force the US Census Bureau to hire more census takers in the county and others like it throughout the U.S.

Nationwide, according to the lawsuit: "The 2010 Census failed to count an estimated 1.5 million black and Hispanic residents, which would be enough people to fill two Congressional districts."

Meanwhile, the US Census Bureau plans to cut its field workforce by 200,000 counters according to the lawsuit.

The bureau wants more Americans to respond on-line, according to the bureau's operational plan revealed in 2019.

The Prince George's Lawsuit aims to get a judge to force the bureau to at least hire as many census takers as there were in 2010 and enough more to account for an expected 6% increase in the population.

The lawsuit claims the census bureau has more than a billion dollars in unspent funds to beef up its effort.

RELATED: DC called about rats 6,434 times this year. We mapped out all of them