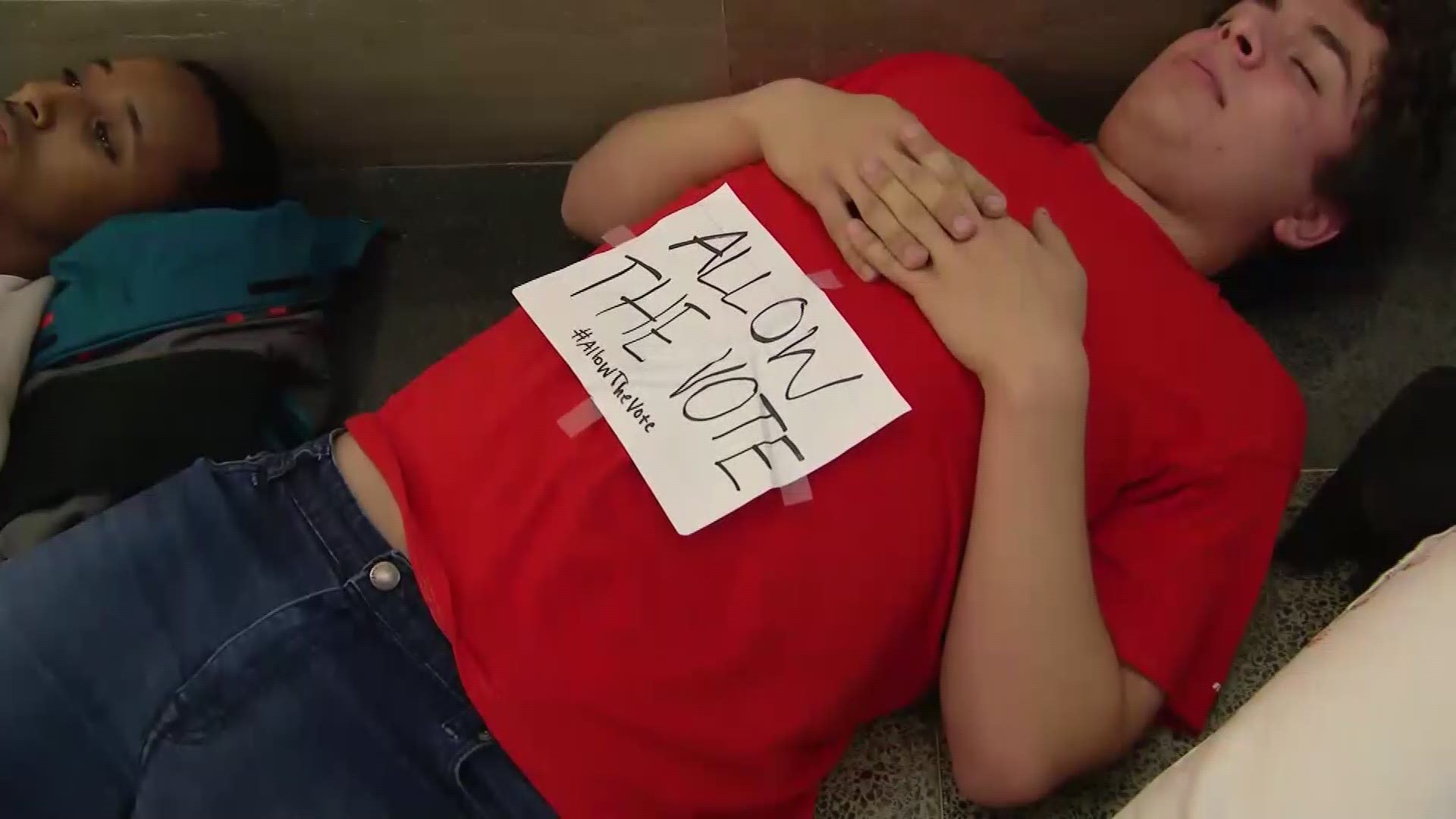 Video taken by a fellow student and live streamed on the Montgomery County Students for Gun Control Periscope page showed seven students on the ground outside Speaker Ryan’s office in D.C. For 10 minutes, they were silent on the floor with signs that read ‘ALLOW THE VOTE’ on their chests.

A police officer told them they couldn’t stay on the floor in the hallway or else they could be arrested.

“We don’t mind getting arrested,” one student responded.

After more officers arrived outside Ryan’s office, three students stood up and walked away. Four others stayed behind and were arrested.

“One arrest, four arrests, a thousand arrests isn’t going to stop us until no more children are dying in their schools because of unnecessary guns in the hands of wrong people,” one of the participating students said during the live stream.

"No more silence! End gun violence!" the students chanted while their friends were taken into custody.

“We’re tired of hearing on the news that kids are being killed. And, meanwhile, Paul Ryan is doing nothing about it,” a student said.

“To any politician that doesn’t want to vote on this issue, imagine if it were your children, your grandchildren. Then what?” asked one of the participating students. “We are watching our friends be slaughtered in school, a place where they should feel safe a place where they could go to be educated to make our society a better place.”