“I was absolutely shocked,” Brokenborough said. “The students have brought to my attention that a lot of their bathrooms actually resemble something that’s kind of comparable to a jail cell.”

Brokenborough told WUSA9 her students at Parkdale High School snapped pictures from inside of the boy’s and girl’s bathrooms.

The images showed doors missing from stalls, and one photo exhibited a partition that appeared to be ripped from the wall.

“There’s just a toilet sitting out in the open for the whole world to see,” Brokenborough described.

Brokenborough explained that the problems extended past the bathrooms and into the classrooms. 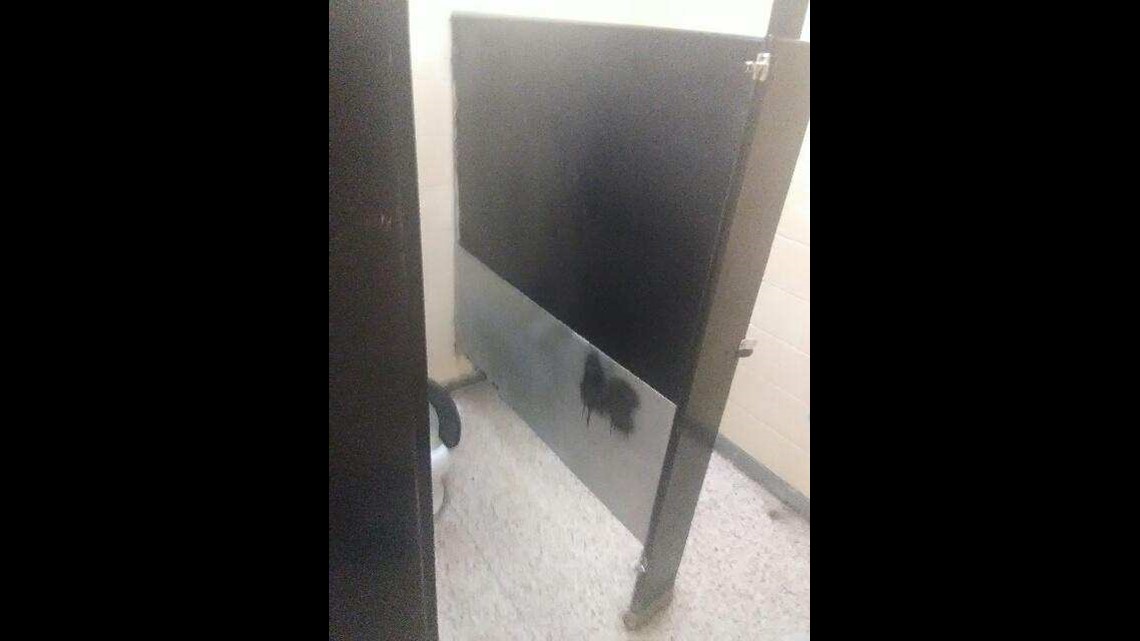 The music teacher supplied WUSA9 with pictures of holes in the walls, missing or broken ceiling tiles, and spots in her classroom where she put duct tape over mouse holes.

“There’s been a couple of times where my classes had to evacuate because of the presence of a rodent,” Brokenborough said.

Findings in a school climate survey from 2017 revealed most students believed the school was not clean.

More than half of the students surveyed agreed that the bathrooms were not cleaned or maintained well.

The school does the climate survey every two years, according to the website for Prince George’s County Public Schools.

New survey results are expected to be published in Fall 2019.

Prince George's County Schools sent us this statement regarding the issues:

Work orders were issued two to three months ago for the repairs in question (i.e., bathroom stall and classroom). Regarding the bathroom, the project was delayed pending ordering of the replacement part. Other bathrooms in the school are fully operational. We expect both the classroom ceiling tiles and bathroom partition to be replaced within 30 days. Our environmental teams confirmed today there is no rodent infestation at the school.

It is important to note the average public school building age in Prince George’s County is 45 years old. We have identified approximately $8.5 billion over 20 years for comprehensive maintenance and construction. We continue to lobby the state for additional funding to address the needs of our aging schools. Like other school systems, we cannot absorb these costs on our own.