During the third straight day of student protests against the presidential election results in Montgomery County, several students beat up at 15-year-old who was wearing a Donald Trump "Make America Great Again" hat. 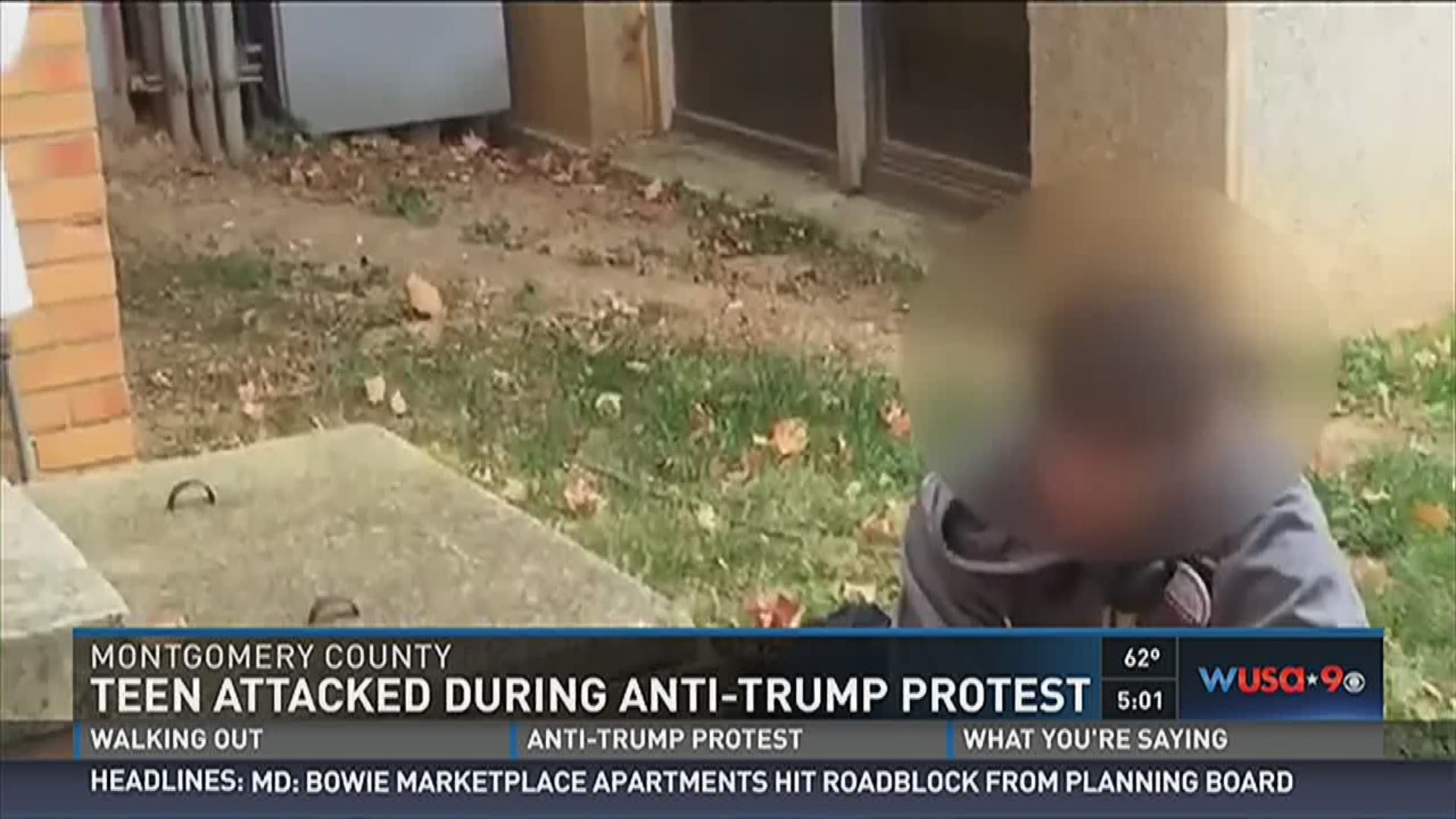 During the third straight day of student protests against the presidential election results in Montgomery County, several students beat up at 15-year-old who was wearing a Donald Trump “Make America Great Again” hat.

Police said they have a suspect in custody who is facing a second-degree assault charge.

The student was found with scraps on his knee and he told police he hit his head. The young man walked himself to an ambulance. Police said he went to a hospital to get checked out.

It's not clear who instigated the fight, but there was an apparent verbal altercation first. Three adults said they saw multiple students punch and kick the 15-year-old boy.

“A hand went up and then all four jumped on top of him and that’s when I ran over to try and stand over him," said Veronica Vaca, a parent who came to monitor the protest in support of her daughter.

“The only message that I can send is as a mother and a concerned member of the community is, don’t go low. There’s no reason to hurt someone else because of their views,” Vaca said.

More criticism to the walkouts and assault came online.

“They can’t even vote…they should be in school…” said part of a comment during a live Facebook stream of the protest.

After seeing the beat up student, another viewer wrote, “…who is responsible for that? School or parents?”

“I was completely, completely disturbed. I think that the whole purpose is to be peaceful, is to be respectful, is to spread love and not hate," said student protester Haley Phillips.

Several students were also upset that the fight would be shared instead of their message. The high schoolers said they’re pushing to make a difference, maybe not in the presidential race but in others.

"We can’t vote so this is the only voice we have," Jaden De la Cruz said.

Richard Montgomery's principal sent out a letter saying they will not tolerate the violence.

Several parents were out along the march route in support of their children and a peaceful protest.

We are working to learn more about the condition of the student who was allegedly attacked. We will update this story when more information is available.