The Maryland county now leads the state in confirmed coronavirus cases and deaths, according to the MD Department of Health. 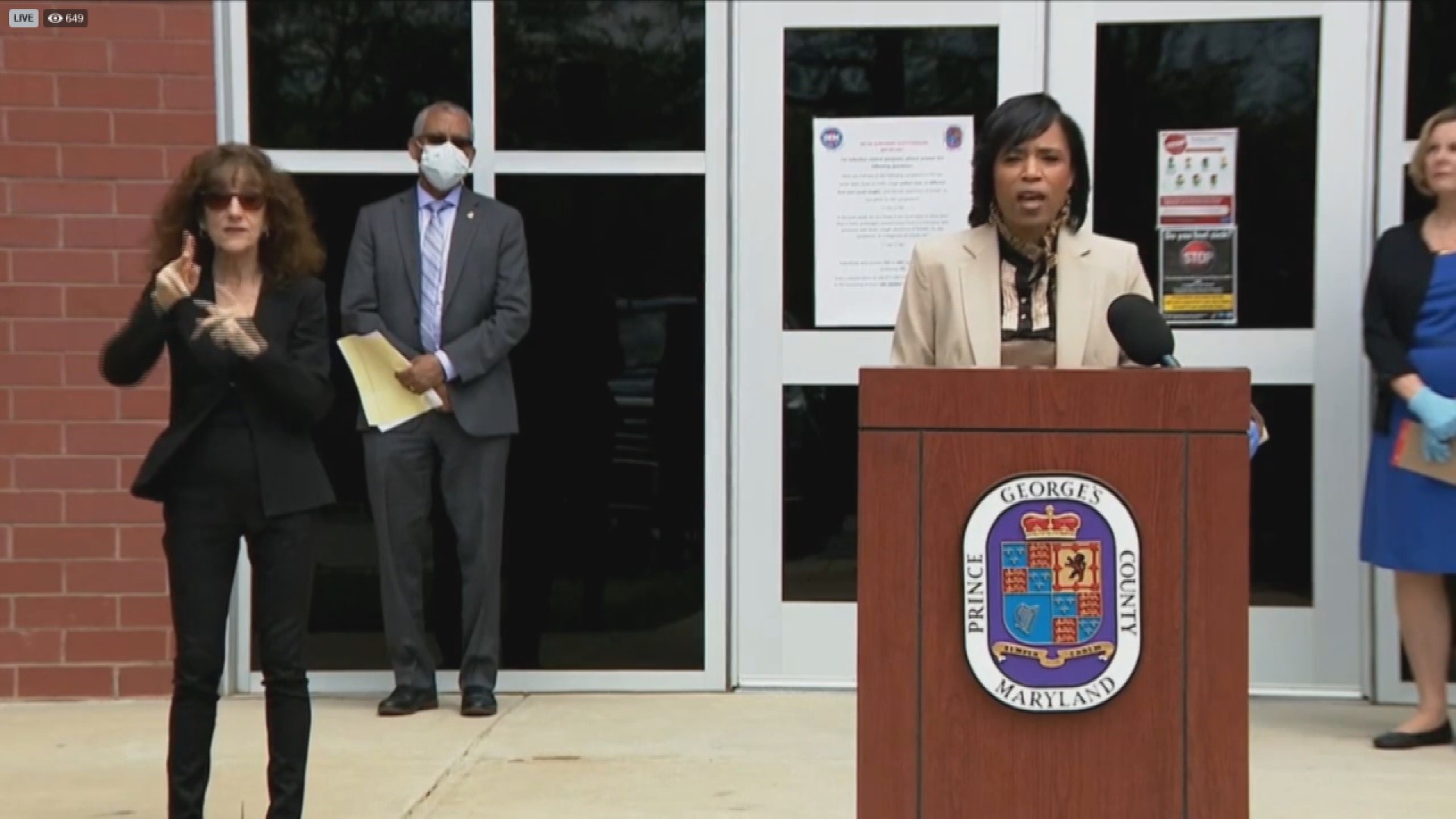 WASHINGTON — Prince George's County is rolling out its plan to handle an expected surge in coronavirus cases in the next two weeks.

"It affects every corner of our county," she said.

Prince George's County's surge response relies on hospital readiness, and the accumulation of additional supplies and front-line support, according to Alsobrooks.

RELATED: These essential workers could get $25,000 in hazard pay under 'Hero Fund' plan

She said she has appreciated the level of communication her office has received from Maryland Governor Larry Hogan. However, Alsobrooks said she is now asking the governor supply the county with more resources.

"We have requested additional beds and equipment (and we're) asking that Prince George's County be prioritized," she said. "Put at the top of the list, because we are now caring for the largest concentration of coronavirus individuals in the state."

Alsobrooks has added Prince George's County is also asking for more sprung tents to be used for coronavirus response in the southern, central, and northern parts of the county.

She said triage tents have already been set up at MedStar Southern Maryland Hospital, Doctors Hospital, and the University of Maryland Prince George's Hospital Center. The Army Corps of Engineers has also explored, with the county, the possibility of setting up an alternative care facility at the Sports and Learning Complex in Landover.

Health experts say blacks are at risk for suffering greater complications from the coronavirus due to the higher rate of underlying conditions they tend to suffer from.

Joseph Wright, the interim president and CEO of UM Capital Region Health, said it's a reality Prince George's County is already dealing with.

"We have a confluence of comorbidities, underlying conditions, population density, particularly inside our beltway communities," he said. "And, those things are dramatically affecting what we're experiencing."

RELATED: 'Make decisions about who lives and who dies' | Doctors prepare for DMV to be next coronavirus hot spot

But, Dr. Carter says an increase in testing has likely also caused the county's case numbers to go up.

"All the results sort of poured in this week," Carter said.

Locals are also engaged in the conversation.

RELATED: These essential workers could get $25,000 in hazard pay under 'Hero Fund' plan