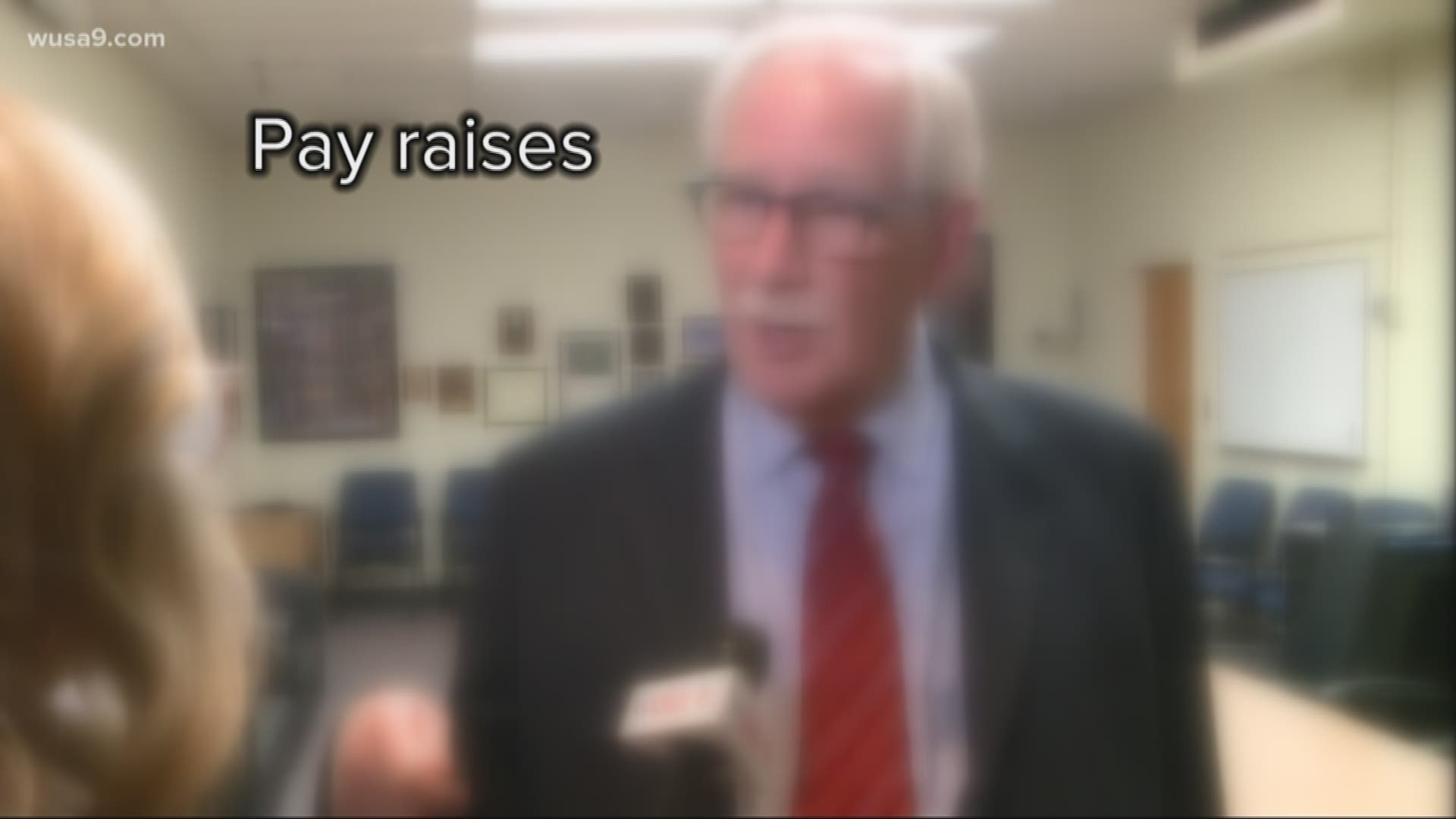 Dr. Maxwell's office said he had no intention of explaining the raises at the meeting. He also said a deadline was never set, even though WUSA9 independently verified that the board of education asked him to explain on Tuesday.

Dr. Maxwell has acknowledged that he authorized, raises of up to 35 percent for his executive cabinet, while a 4 percent raise for teachers failed and board of education members want to know why.

So why does this all matter?

First of all, we are talking about one of the 25 largest school districts in the United States and the second largest school system in the state of Maryland with over 100,000 students.

Dr. Maxwell is embroiled in scandals including secret unauthorized raises for administrators and criticism of large raises he had the power to give, an internal audit that found evidence of grade inflation, and the loss of federal funding from head start after an abuse scandal.

Dr. Maxwell was appointed by County Executive Rushern Baker and Baker is sticking by him, but his eyes are on the governor's race.

That means there will be a new county executive and several candidates have already said they will get rid of Maxwell.

So come December, Maxwell may be gone.

So why doesn't he just quit?

If Maxwell quits, he could be missing out on a major buyout. We are talking more than a million dollars because he has three years left on his contract.

If he is dismissed, that could be another political fight because the board members vote on how much money he gets as a buyout package.