The shooting suspect ran from a liquor store and was confronted by an officer responding to the sound of gunshots, police said. 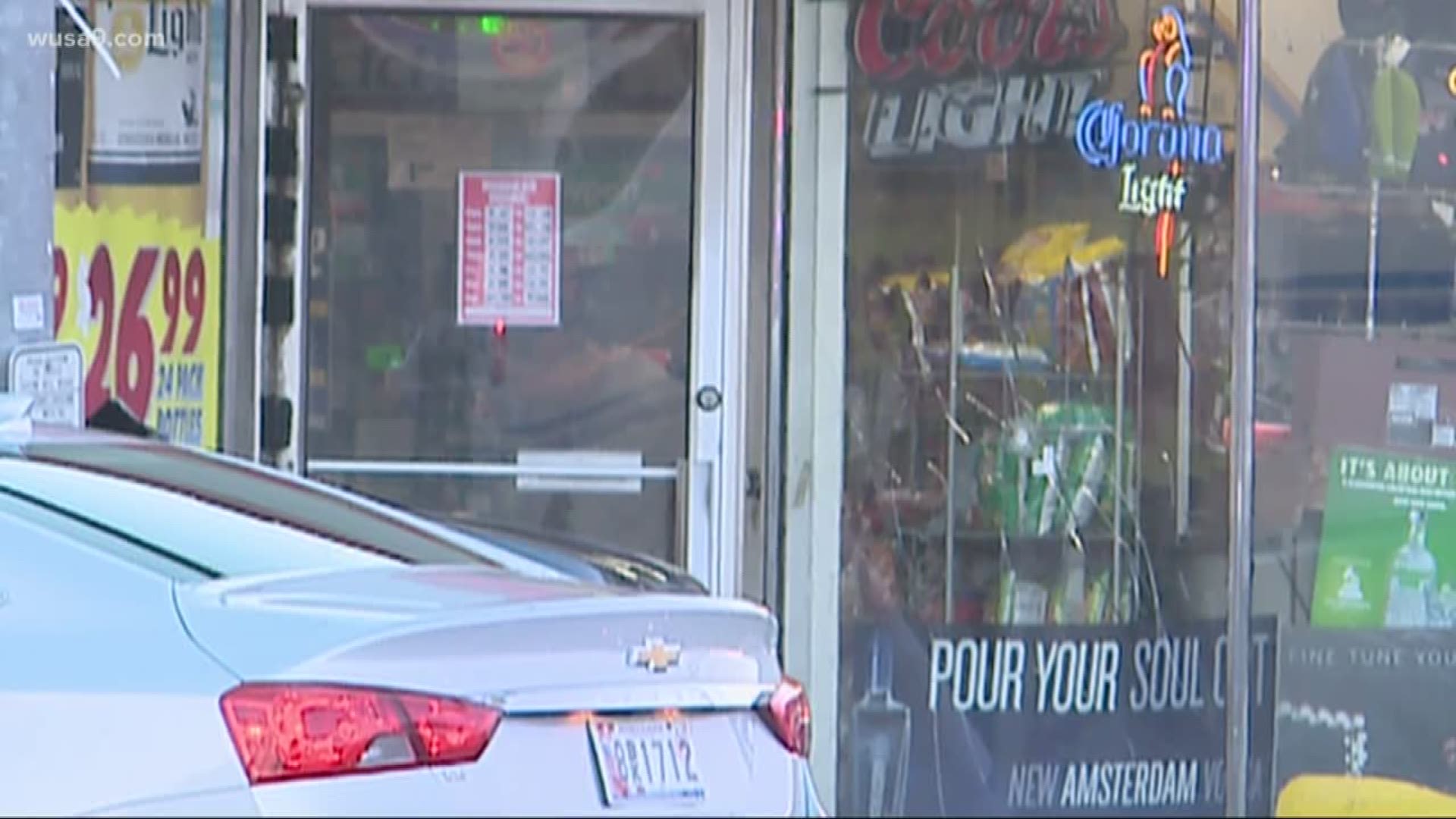 According to police, 25-year-old Ralland Whitfield was making a purchase inside a liquor store when 27-year-old David Edward Hall walked in and shot him multiple times. After shooting Whitfield, Hall ran from the store.

Corporal Andrew McKenney, an officer in the department’s robbery suppression team, was on duty in the area when he saw some “commotion” in front of a liquor store and heard several shots. As Corporal McKenney got out of his car and looked for the source of the gunshots, he saw Hall armed with a handgun turning towards him.

Prelim: armed suspect shot & killed a victim at a liquor store at corner of Livingston Rd & Oxon Hill Rd at 1:15 pm. As the suspect ran from the store, he was confronted by one of our officers who was rushing toward the sound of gunshots. (1)

That is when Corporal McKenney shouted commands to the suspect, who police said was still armed and running toward the officer. He fired his weapon, striking and killing Hall.

Police recovered the suspects gun at the scene.

Police believe the Hall and Whitfield knew each other, but the motive for the murder is under investigation.

"We have more than two dozen witnesses to this and in addition, we have video from some of the businesses in proximity to this event," Chief Stawinski said.

Kareem Kyler was inside the liquor store when a man was shot. He said he's just "happy to be here."

"He came back in, fired again, stood over the guy and finished him," Kyler said. "It’s something out of a bad movie. I watched a guy lose his life in front of me for something pointless.”

Another witness said he heard about seven shots ring out and saw a group of young people running from a liquor store in the area.

"I happened to see the [suspect] on the floor," Richard Gomez, an employee of a T-Mobile in the area, said. "People were running towards where I was at...It was a little never racking."

Corporal McKenney joined the Prince George's Police Department in 2008 and is assigned to the Bureau of Investigation, RID South Robbery Suppression Team. He has been placed on administrative leave pending an internal investigation.

The Homicide Unit is investigating the fatal shooting of Whitfield inside of the store. If anyone has information relevant to that investigation, they are asked to please call detectives at 301-772-4925. Callers wishing to remain anonymous may call Crime Solvers at 1-866-411-TIPS (8477), or go online at www.pgcrimesolvers.com, or use the “P3 Tips” mobile app (search “P3 Tips” in the Apple Store or Google Play to download the app onto your mobile device.)