At risk are many of the steady jobs at Huether's Maryland facility which pay from $14 to $30 per hour. 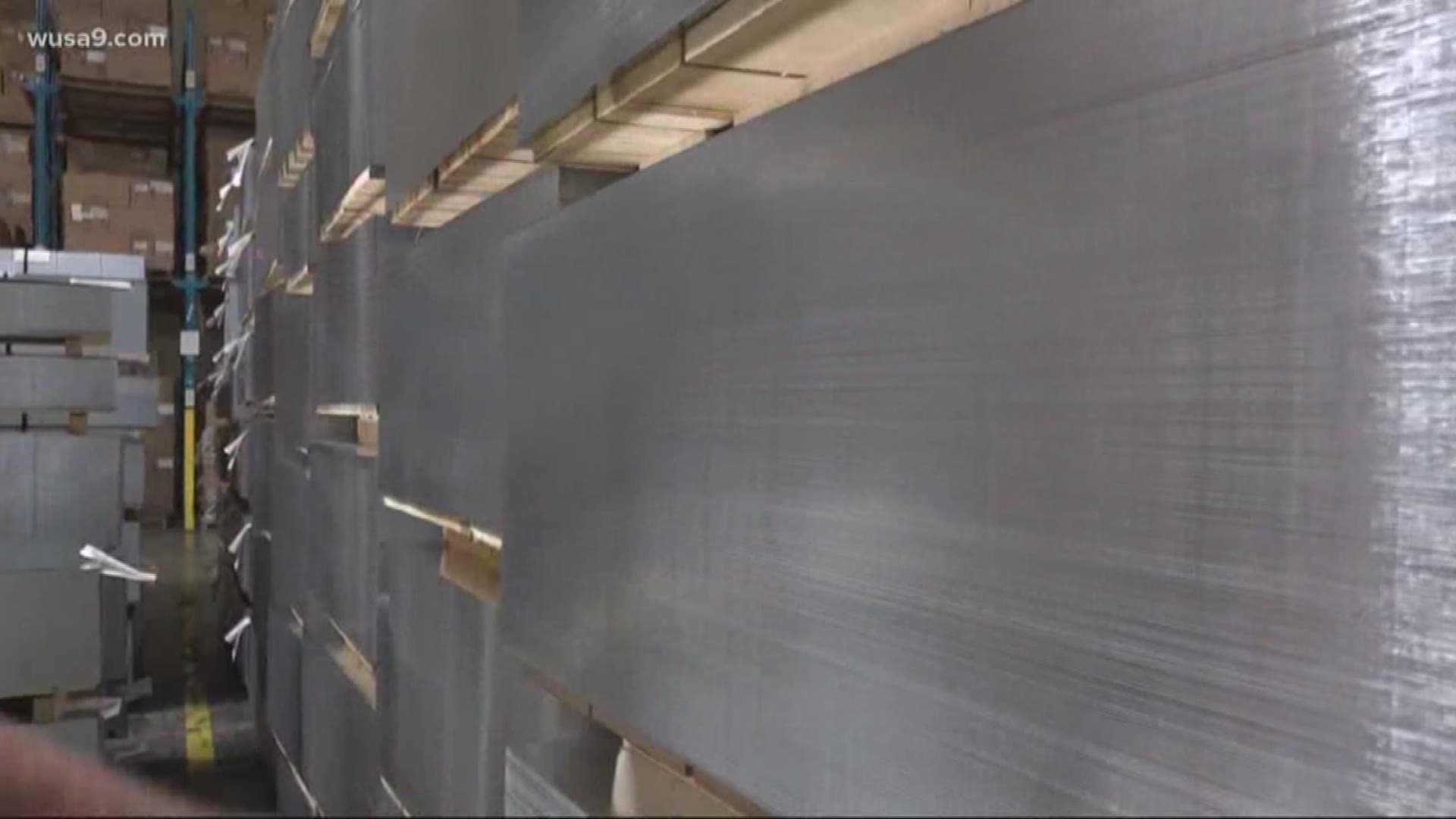 They can move production to China, or raise prices and risk losing lots of customers.

Either way, it will cost jobs, Huether predicts.

Independent Can is a 90-year-old manufacturer of decorative steel tins used for packaging everything from holiday cookies and candy to lighter fluid. It's the largest maker of custom steel packaging in the US.

The company has 415 employees at facilities in three states.

Independent Can makes its products out of steel. That is where the problem lies.

Some of the steel is imported because US manufacturers cannot meet some of the company's specifications.

That steel is now subject to a 25 percent tariff imposed by the Trump administration in March.

Total raw materials costs have jumped five percent to eight percent for Independent Can, according to Huether who spoke to WUSA9 while showing a warehouse containing some of the more than $100 million dollars worth of steel that his used by the company annually.

Heuther points out that the type of steel being used for can production is only about three percent of the steel used in the US, and broadly it has little to do with the overall health of the domestic steel business, which the tariffs are designed to protect.

"I feel like we are being used," Huether said. "I think the Administration is using a shotgun approach when they should be using a rifle approach to focus on what they are really trying to achieve and we are being hit by the flack."

At risk are many of the steady jobs at Huether's Maryland facility which pay from $14 to $30 per hour.

The company has not had layoffs since the recession of 2009.

The company is appealing to the US Commerce Department for a waiver on paying the 25 percent tax on its imported material.

The Department has received at least 20,000 similar appeals. As of June 30, only 65 cases had received rulings.