Homeowners say the Marlton IV HOA hasn't been active in more than a decade. Now, they're staring down a costly road repair. 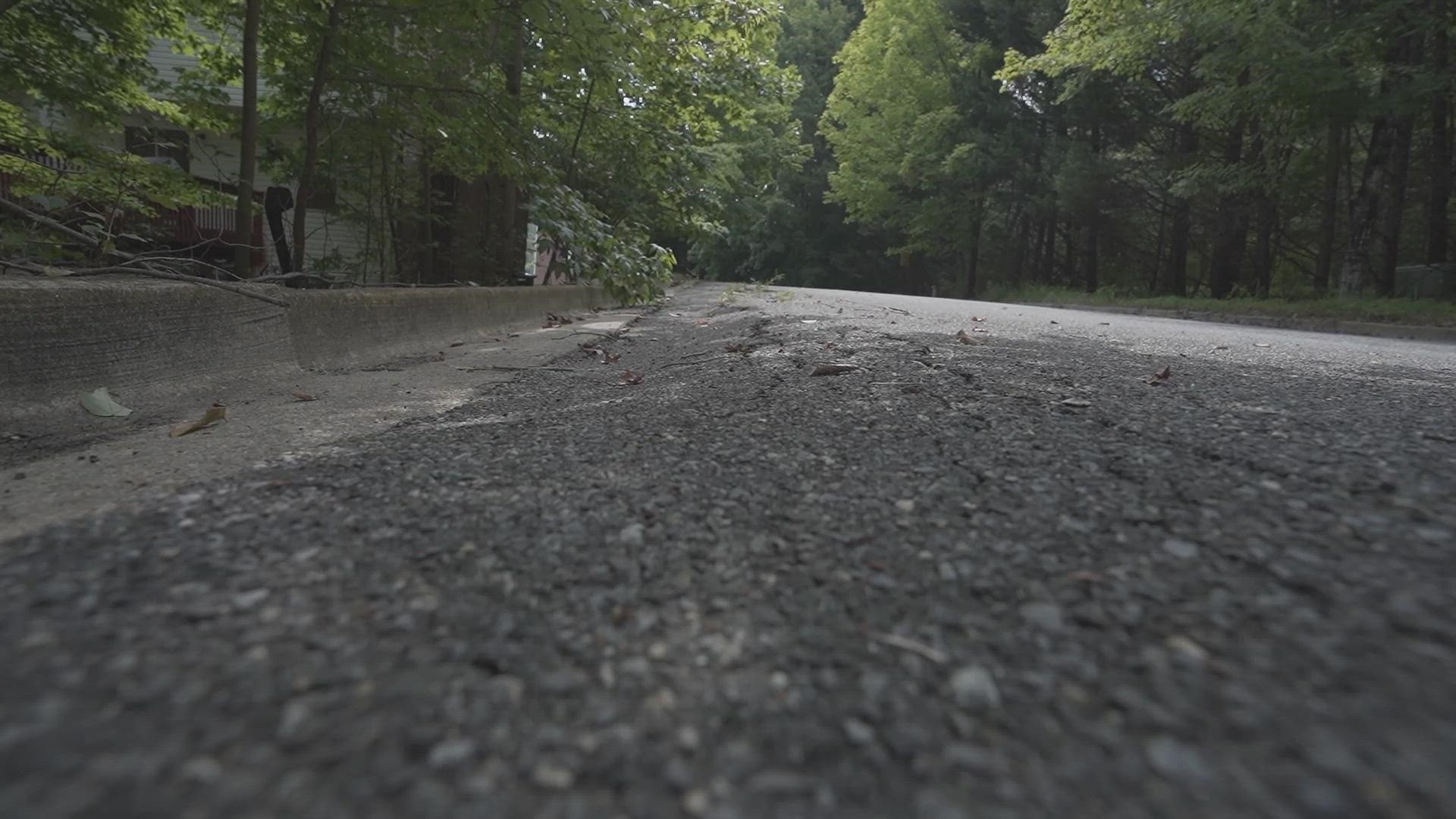 UPPER MARLBORO, Md. — When Patricia Harris bought her Upper Marlboro townhome 31 years ago, she thought she had found her ideal home. The timing couldn't have been better.

She decided on a unit in the rear of the subdivision.

But Harris' memory of a newly constructed subdivision with its well-manicured lawn and pristine sidewalks pales in comparison to what homeowners face today.

RELATED: 'If I'm on the street, where do I go?' | Maryland mother says she's worried about eviction as federal moratorium ends

“It’s really bad,” Harris said. “I used to use this sidewalk…. and go out and do some walking. But now I can’t even walk the sidewalk.”

Harris showed WUSA 9 the condition of a primary sidewalk in the subdivision. Portions of the sidewalk stand at a nearly 90-degree angle, creating more of an obstacle for residents than a walking path. The retaining wall that supports the sidewalk is failing, causing the sidewalk to slowly collapse.

Another neighbor shared photos chronicling the gradual decay of the sidewalk; more than 20 photos dating back to 2013 showed how minor damage to the sidewalk led to its current dilapidated condition.

Homeowners claim the neglect is the result of an inactive homeowners association. In most cases, an active HOA would ensure regular maintenance and routine repairs. but several neighbors told WUSA9 the Marlton IV HOA hasn’t been functioning in the last 10 years. They claim no one has been directly responsible for upkeep and regular maintenance.

“When I first purchased the home, one of the residents, he was an accountant, he did the HOA," Harris said. "We paid him on a monthly basis, and everything was pretty cool.”

“So I started paying them [the Marlton IV HOA] but everything started dropping off, and as you can see, this is what we have now,” Harris said as she gestured toward the crumbling sidewalk and unpruned trees spilling onto a street in the complex.

Neighbors turned to Prince George’s Department of Public Works and Transportation for help, but a 2013 service request showed the sidewalk falls on private property and was, therefore, the responsibility of homeowners in the subdivision.

Repairs to the road will come with a big price tag. Estimates from several contractors show total repair costs could exceed $200,000, meaning each homeowner could be on the hook for a special assessment for more than $8,000 each.

“I’m retired. So, that’s not something I can stomach,” Harris said.

RELATED: 'It went too far' | Silver Spring brothers share insight into their hoax stabbing that led to police being called

“The first step I’m attempting to assist the HOA with is to revitalize the HOA,” Holmes said. “The second step is that there will be a special meeting of this HOA.”

Holmes added that after the special meeting, an election will be held to choose new officers. But he’s concerned there are more communities like Marlton IV throughout the state where an HOA or condo is inactive and necessary repairs are being neglected.

Holmes has been a staunch supporter for greater HOA and condo association oversight. Legislation introduced by Holmes that would require a specified number of HOA meetings, mandatory curriculum training for property managers, and expand government oversight failed to get support in Maryland’s legislature. Holmes said he plans to reintroduce a reserve study bill that would force associations to assess structural, mechanical, electrical, and other needs every five years in hopes of warding off large assessments.

As for Harris, she’s simply focused on her immediate future. She wants the HOA reactivated and the crumbling sidewalk fixed.

“If it gets to a point it falls on all of us," she started, "I guess when that time comes, we’ll have to deal with it."