Eddison Hermond fell into raging flood waters in Ellicott City on Sunday trying to save a woman's life. 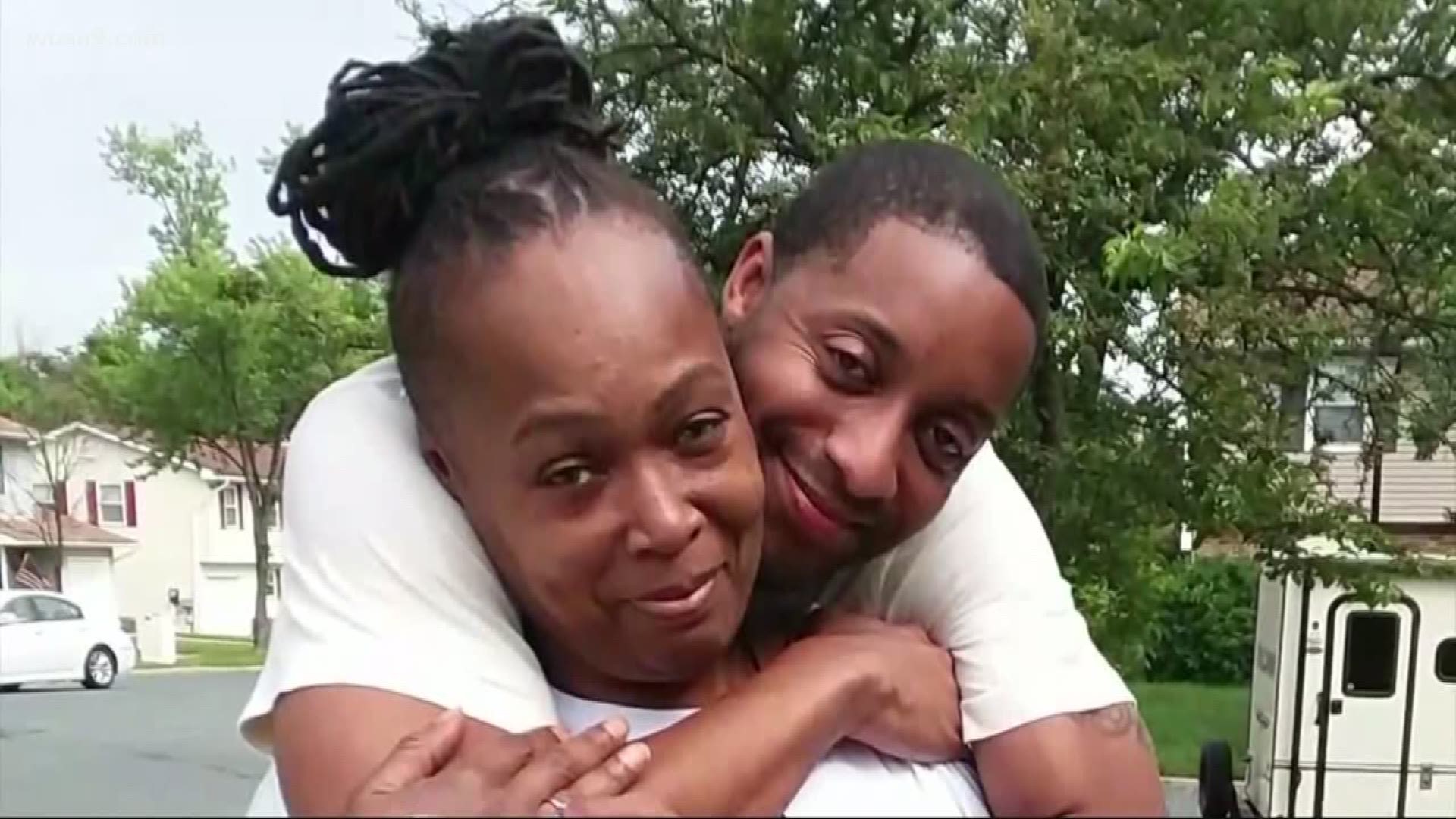 Searchers found the hero’s body after he fell into raging flood waters in Ellicott City on Sunday trying to save a stranger's life.

His body was found in the Patapsco River on Tuesday. It was the news no one wanted to hear. So many were hoping he’d turn up alive.

Kate Bowman who owns Clippers Canine Cafe in Ellicott City saw Hermond last. She’s the woman he was trying to save when the city started filling with raging waters. She was distraught by Tuesday’s news.

A quiet remembrance of #EddisonHermond sits near the Patapsco River on the day his body was found #EllicottCity #hero pic.twitter.com/RwRzk14euG

Her boyfriend said she wants to make sure everyone knows Hermond died a hero. She had just crawled out the window of her shop with her cat. Hermond was trying to save her.

This isn’t surprising to hear for the roommate of the US Air Force veteran and Maryland National Guardsman. Megan Ecker was so upset she had to leave a remembrance at a restaurant where Hermond worked.

She said she wasn’t surprised that he’d put his life on the line to help another, because that’s the kind of guy he was. She said they used to watch crime shows and even then, he would say the ambulance is taking too long.

RELATED: Man swept away after trying to rescue woman during Ellicott City flooding

At a garden by the Patapsco River, people came to remember the man many called "Eddie." The garden is at Oella Avenue and the Main Street bridge. A single candle sits there along with Hermond’s picture.

"He would have been first to spring into action," said Hermond's aunt Nina Cooper. "I could go on all day, he was just that guy, that go-to guy."

Eddison Hermond leaves behind his teenage son and his mother.

A memorial scholarship has been set up in Hermond's name by the Restaurant Association of Maryland. You can find more details and donate here.