Thankfully, the child was alert and responsive. Responding officers and the complex manager gave the child chicken nuggets and water. 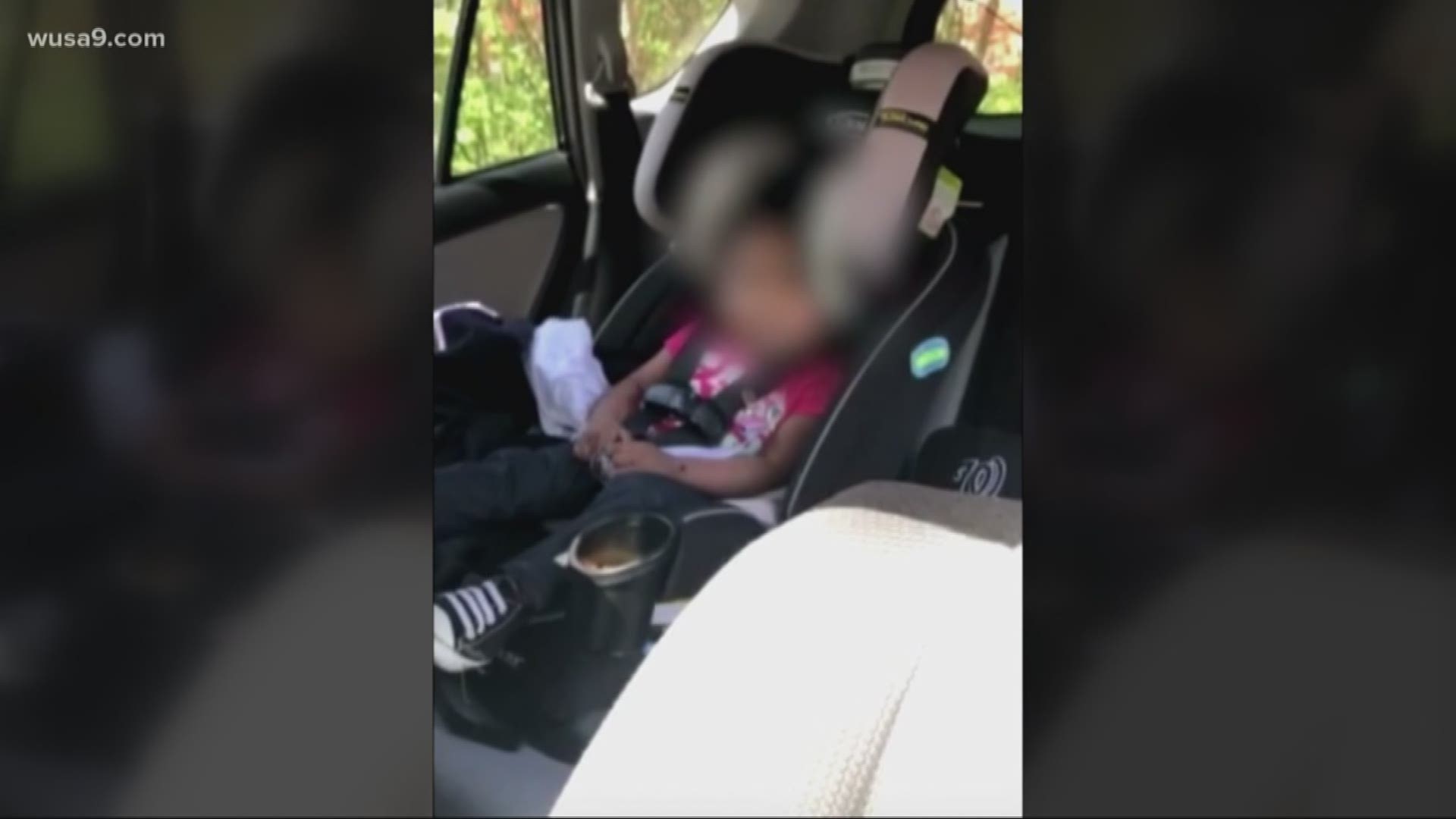 SUITLAND, MD (WUSA9) — An officer rescued a baby from a hot car after police say she was left inside the car for several hours in Prince George's County.

Earlier in the day on Tuesday, Corporal Wormuth discovered an unresponsive man lying face down in the grass in the 3600 block of Parkway Terrace Drive in Suitland. The officer called to get help for the man. Police say he appeared to be under the influence of a "dangerous controlled substance."

The man had a lanyard and key fob around his neck. Police say in an attempt to identify the man, Corporal Wormuth hit the panic button on the key fob but it did not activate any of the surrounding cars.

The man was escorted to the hospital conscious but verbally unresponsive.

Three hours later, Corporal Wormuth returned to the scene because "something just kept nagging" him.

While patrolling the same area where the man was found, Corporal Wormuth heard music coming from a parked car with the front window rolled down and engine running. Once he looked inside the car, he noticed a one-and-a-half year old girl in a car seat with her head tilted forward.

Thankfully, the child was alert and responsive. Responding officers and the complex manager gave the child chicken nuggets and water.

Meanwhile, Corporal Wormuth found a phone with dozens of missed calls inside the car. He was able to get in touch with the child's grandmother. The grandmother and mother arrived and took the child home.

Police discovered that the man who was found unresponsive earlier is a family member of the child and had been caring for her. The man has been charged with reckless endangerment and a related unattended child charge.