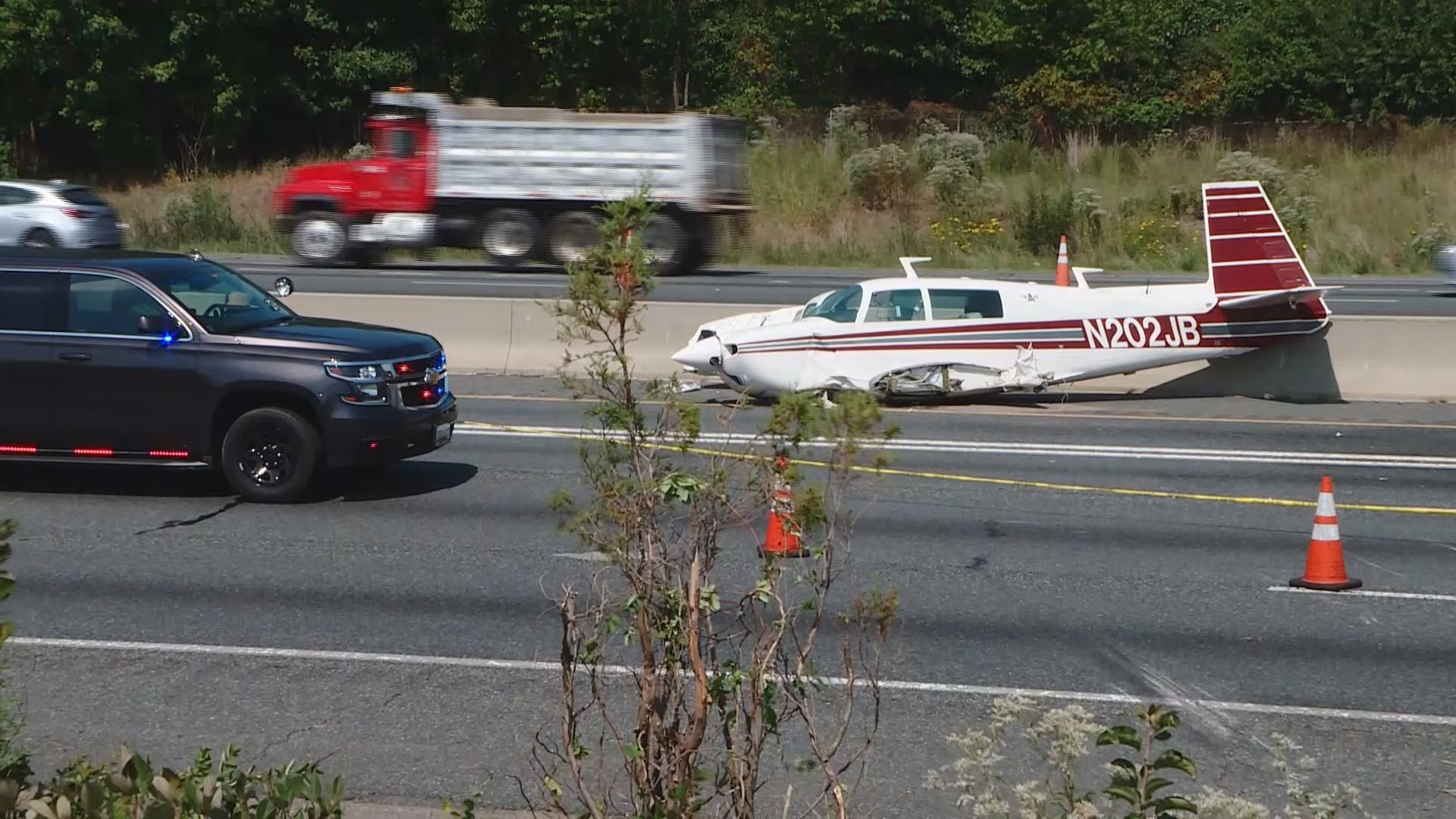 BOWIE, Md. — Two days before a small plane crashed on U.S. Route 50 just short of Freeway Airport, owner Kimberly Rodenhauser warned that safety has become an issue with the increase of growth in the area.

"As recently as 1998 a plane crashed into my home," Rodenhauser reminded the Prince George's County Council at a hearing Tuesday.

The Rodenhauser family says their financial future depends on new development on the airport site, not continuing to run a struggling small airport on Church Road just outside the Bowie city limits.

"The property is all we have left," Rodenhauser said.

The family is asking for changes to Prince George's County zoning that would allow them to sell to developers with plans to put in a 500-unit residential subdivision.

The issue has widened a sharp divide in the community.

Credit: wusa9
The owners of Freeway Airport in Bowie Maryland are asking for zoning changes that would allow the development of as many as 500 homes on the site off Church Road.

For residents the issue presents a catch-22. What's more dangerous: the threat of airplanes hitting houses or the traffic hazards that most predict will make Church Road in Bowie a death zone if volume is increased?

RELATED: 'We're just lucky that we survived' | Pilot and passenger feel blessed after walking away from plane crash on Route 50

At a County Council hearing Tuesday dozens of residents came out to oppose the zoning change.

Walton noted that s-curves and the bridge over Route 50 choke the existing heavy traffic into what Walton called a "stovepipe".

Residents also noted the June 13 death of 14-year-old honors student Kamal Nashid, who was in a crosswalk at the intersection of Church Road and Fairview Vista Drive when he was struck and killed.

RELATED: 2 injured after small plane crashes into car near airport in Bowie

"Church Road is a significant concern and with increases in school enrollment we really believe this is a bad piece of legislation we ask that you defeat it," Meinert.

The County Council delayed a vote on the proposed zoning change.  A new date has not been scheduled.