Students with the Georgetown Prisons Initiative crusaded for Keith Washington, who got 45 years for manslaughter in a shooting he insisted was self-defense. 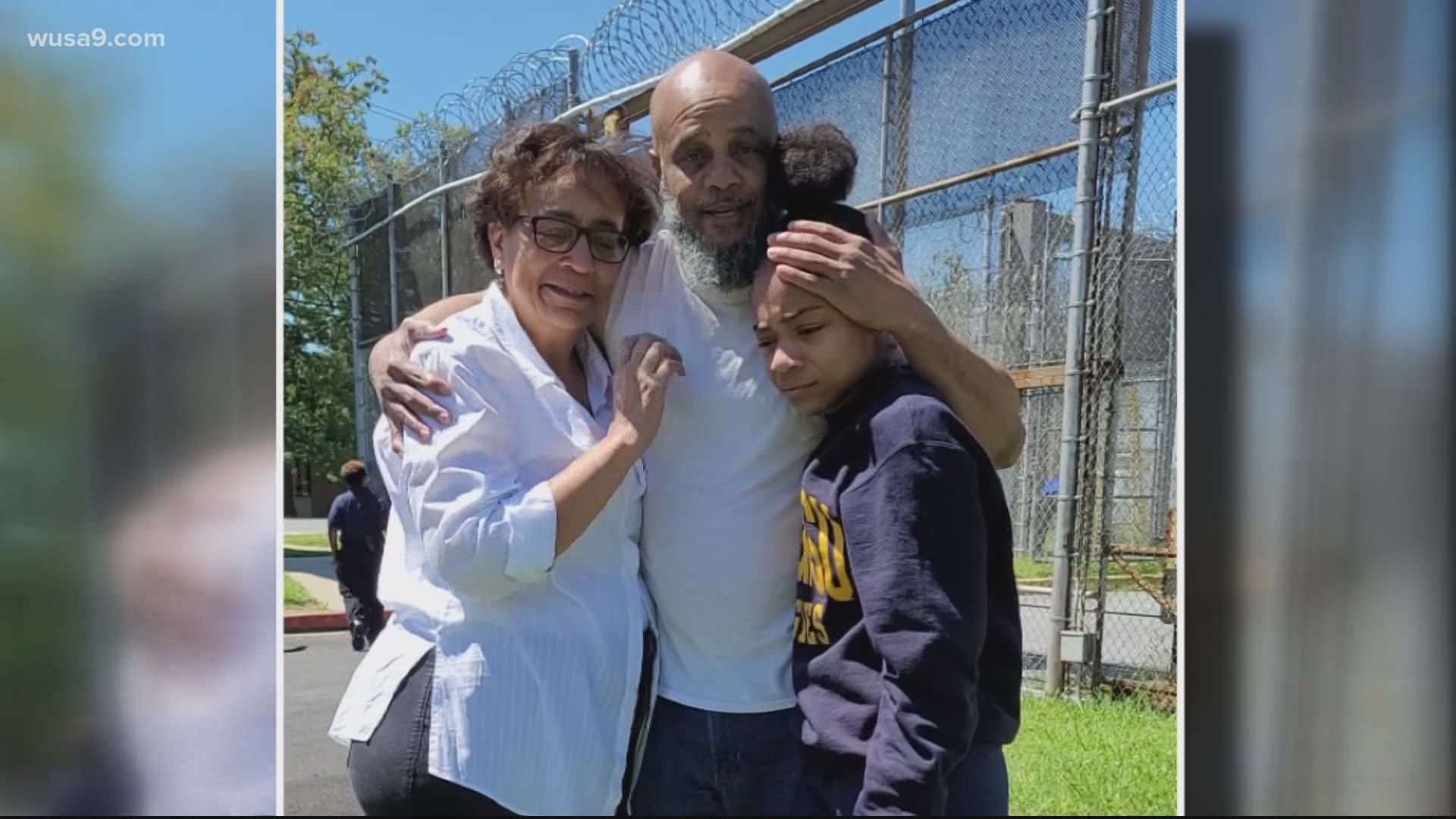 WASHINGTON — A former Prince George's police officer and deputy homeland security chief is now back home with his wife and daughter nearly 13 years after he was first jailed in the death of a furniture delivery man.

Keith Washington had been sentenced to 45 years for manslaughter. He was released from a Maryland prison Wednesday, thanks in part to the Georgetown Prisons and Justice Initiative.

"Feels good. I want to thank everybody. I'm back with my family. My wife and my daughter," said Washington, as he grabbed his wife, Stacey, and his daughter Kala in a bear hug.

Washington and his wife had always maintained he'd acted in self-defense when he shot and killed a Marlo Furniture delivery man in his Accokeek home in 2007.

"I think okay, they are beating him, these two guys, he's in the middle and they're beside him, and I think oh my god I need to help him," said Stacey Washington, standing at the foot of the stairs in her home in a documentary produced by the Georgetown University students.

"Before I know the guy hit me in the back of the head, and then (Robert) White punched me from the front," by phone from prison in the documentary.

Washington said the delivery man and his partner were upstairs when they should have been downstairs and that he confronted them when they came out of his daughter's room. Instead of leaving, he said they attacked him.

"I know that my wife and my daughter are there when I pull my gun. They're on top of me, 12 inches from me," said Washington.

"They were very large to very large men, and he was not a large guy, if they had gotten this weapon. I think they would have killed him," said Stacey Washington.

But in 2008 a Prince George's jury found Washington guilty of manslaughter in the death of Brandon Clark -- largely on the basis of testimony from the other delivery man: Robert White.

"I accept his apology. Justice has prevailed," said White, after Washington was sentenced.

A judge gave him far more time than even the prosecutor had recommended.... 45 years in prison.

Now, thanks in part to the documentary produced by the Georgetown students, a judge agreed to reduce Washington's sentence to 20 years -- effectively time served.

He'll now spend his 60th birthday home with his friends and family.

“I've been wanting this for 13 years,” said Kala Washington, a college student now, as she hugged her dad in the driveway of the home where they still live.

Marty Tankleff, Washington's lawyer, said prosecutors did not object to reducing his sentence.