How did former NBA player Delonte West end up struggling in Maryland?

A recent video of West being kicked and beaten surfaced on Twitter. West says his fall from NBA stardom stems from middle school. 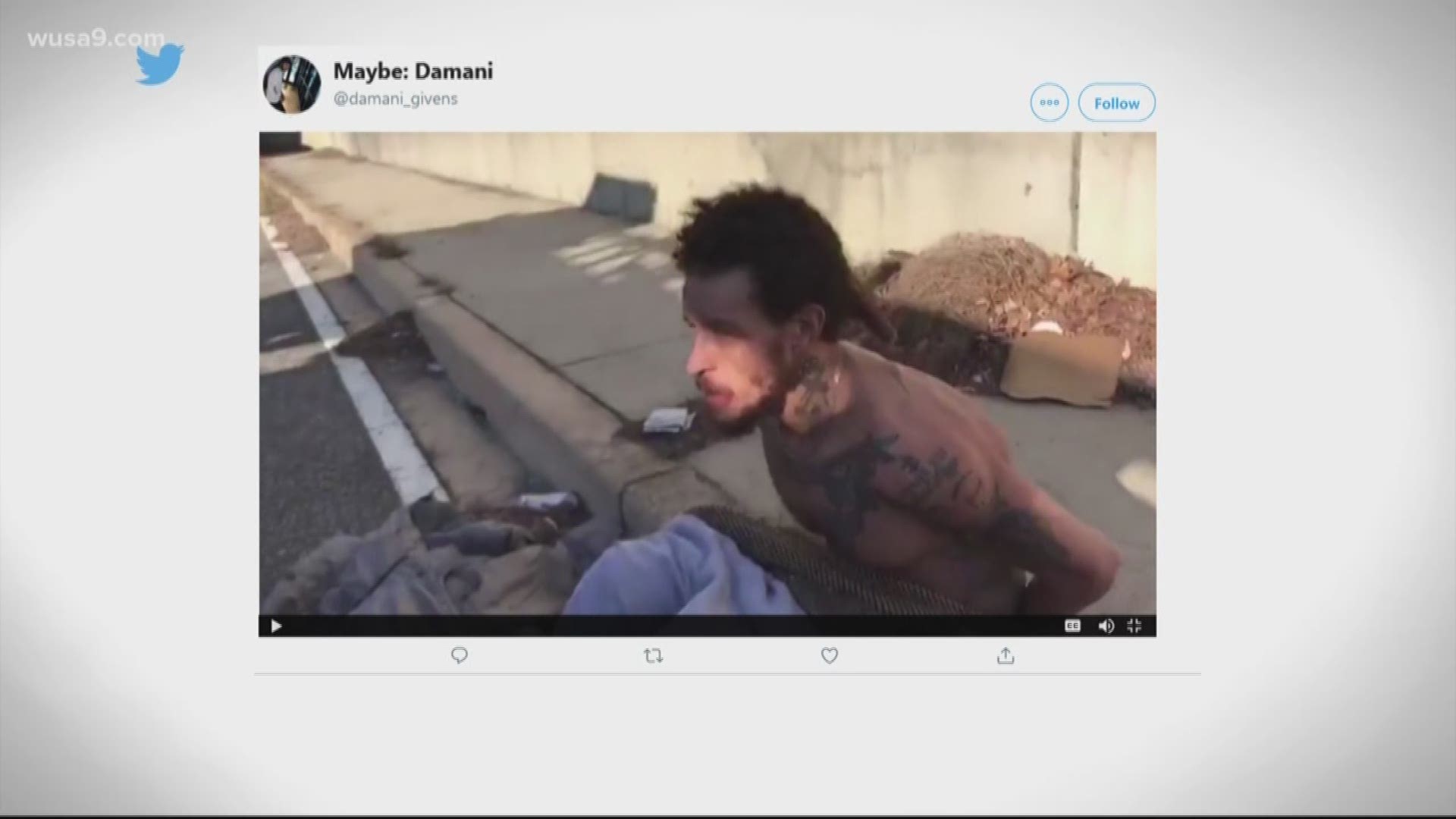 OXON HILL, Md. — Many knew Delonte West as an NBA star. He was with the league from 2004-12 and played a key role in the emergence of the Cleveland Cavaliers in the late 2000s.

West, who's no longer with the NBA, admittedly struggles with mental illness, and his recent hardships in Maryland have been documented across the internet. There have been reports that he's homeless and he's been accused of panhandling, both of which he denied.

A recent video of West surfaced on Twitter following an assault in Oxon Hill, Maryland. According to West's former agent, West is seen laying in the road being kicked and beaten.

A second video emerged, this one of West being questioned by police, but the tweet has since been deleted.

The video shows a Prince George's officer questioning West, which Police Chief Henry Stawinski said is believed to have been taken by an officer. Stawinski called the decision to release the video to the public "irresponsible" and said the officer believed to have shot the video has been suspended while an internal investigation is conducted.

West grew up in Prince George's County, bouncing around from home to home, our partners at the Washington Post reported in 2015. The light-skinned, red-haired kid was an easy target for jokes in grade school.

He struggled with mental illness and said he started spiraling downhill in eighth grade when his mom made him live with his father in rural Louisa County, Virginia.

"I’ve never shared this like this," he said in the Washington Post, "but I used to try to kill myself all the time."

West said in the Post that he routinely found himself cutting himself, abusing prescription medication and coming in and out of children's hospitals.

One night in a children's hospital in Cumberland, West vowed to kill himself that night in his room, the Post reported. But instead, he dropped to his knees and prayed. He waged a deal, telling God that if he helped him survive and play pro basketball, he'd glorify the Lord's name.

That's how he said he made it to the NBA -- by a desperate deal he pleaded to God.

West enrolled at Eleanor Roosevelt High in Greenbelt, Md. as a sophomore. He went to Saint Joseph's University where he averaged 18.9 points and 4.7 assists as a junior, the Post reports. He helped the Hawks to a 30-2 record and made an appearance in the Elite Eight of the NCAA tournament.

West left Saint Joseph's early and was picked in the first round of the 2004 NBA draft by the Boston Celtics. By 2008-09, he was playing alongside Lebron James for the Cleveland Cavaliers team that posted the best regular season ever recorded -- before losing in the NBA Eastern Conference finals, according to NBA Stats.

Credit: AP
Cleveland Cavaliers Anthony Parker (18) talks with teammate Delonte West, left, during the team's game against the Chicago Bulls in Game 5 in the first round of the NBA basketball playoffs Tuesday, April 27, 2010, in Cleveland. (AP Photo/Amy Sancetta)

But following a preseason game in 2008, West was diagnosed with bipolar disorder, the Post reported. He left the Cavaliers for two weeks and returned to the District area where he started receiving counseling and taking medicine, the Post reported. He separated from his first wife just weeks after getting married.

West returned to Cleveland at 25 and averaged 11.7 points that season.

After Cleveland lost in the playoffs, multiple news outlets reported that West was romantically involved with Lebron James' mother. West has repeatedly denied the story.

Then, on Sept. 17, 2009, West was arrested. He was pulled over by police while riding a Can-Am Spyder motorcycle north on the Capital Beltway in Upper Marlboro. A handgun was found in his pocket, another in his pant leg and a shotgun was found in a guitar case strapped to his back, police said. Each gun was loaded, police said.

West, who lived in Brandywine, pleaded guilty to the eight charges he faced and was sentenced to eight months of home detention, two months of probation and 40 hours of community service.

At the time, Cavaliers general manager Danny Ferry said the team was monitoring the situation.

"We have been in communication with Delonte and his family," Ferry said in a statement. "We are gathering more information and will not have further comment until the appropriate time."

Following his arrest, West's situation declined. He blew through his money and applied for a job at Home Depot during the 2011 NBA lockout, the Post reports. He worked briefly at a furniture store.

"Broke down in the ATM line," he tweeted one day. "25 cars behind me and I already reached my daily limit... I’m broke and my cars broke. Where's my therapist???"

The last NBA team to give him a shot were the Dallas Mavericks. That lasted less than a year. He was suspended twice in October 2012 for his conduct -- then he was waved, the Post reports.

"I couldn't move. I sulked. I cried every day, stopped eating," he said in the Post. "I felt I was so close. There was this perception of me because of one bad decision I made a few years back in Cleveland -- I felt I was on the cusp of people letting it go."

West was soon engaged again, and began throwing away any NBA memorabilia he could find. He sold a lot of his possessions, trying to make any money he could.

He said he spent some time growing up. During this time, West had a son. Then, in 2013, he received an offer to play professional basketball in Dallas. He played for the D-League, the NBA's official minor league organization that is now known as the G-League (Gatorade League).

He spent a few years with the league's Texas Legends team, but was waived in 2015 after suffering a season-ending injury, according to Basketball Reference.

In February 2016, West was seen wandering the streets of Houston with no shoes, Bleacher Report reported. Then four months later in June 2016, a photo of West panhandling in Temple Hills, Md. went viral. The photo sparked speculation that he was homeless, My San Antonio reported.

The original tweet since has been deleted, but the photo caption read, "Let’s Pray For Delonte West Y’all He Bipolar And On St.Barnabas Road Bumming Smh He Ain’t Taking His Medicine."

West denied the rumors and said that the photo was real, but he had a home and was helping someone who was actually homeless and who was a quadriplegic.

This was one of the last times West was seen in the public eye until January 2020 when West was allegedly beaten in the street in the DMV.

West is seen in the video being kicked and beaten by another man. Prince George's County police were called to the scene on reports of an assault and the video of West surfaced on the internet.

A second video surfaced -- this one of West being questioned. Prince George's County Police confirmed the video of West in handcuffs was taken by an officer. The incident is the subject of an internal investigation.

The rise and fall of Delonte West is a story riddled by mental illness and the struggles to overcome it. The once-NBA superstar is back in Maryland. Many have expressed their concerns on Twitter, saying the NBA should help West deal with his mental health issues.

Some are saying it's an opportunity for the NBA to prove it's dedication to mental health initiatives.

The NBA hasn't released a statement regarding West's condition.