Delegate Eric Ebersole is worried that seizing licenses will create problems because drivers may continue to drive without possessing a valid driver's license. 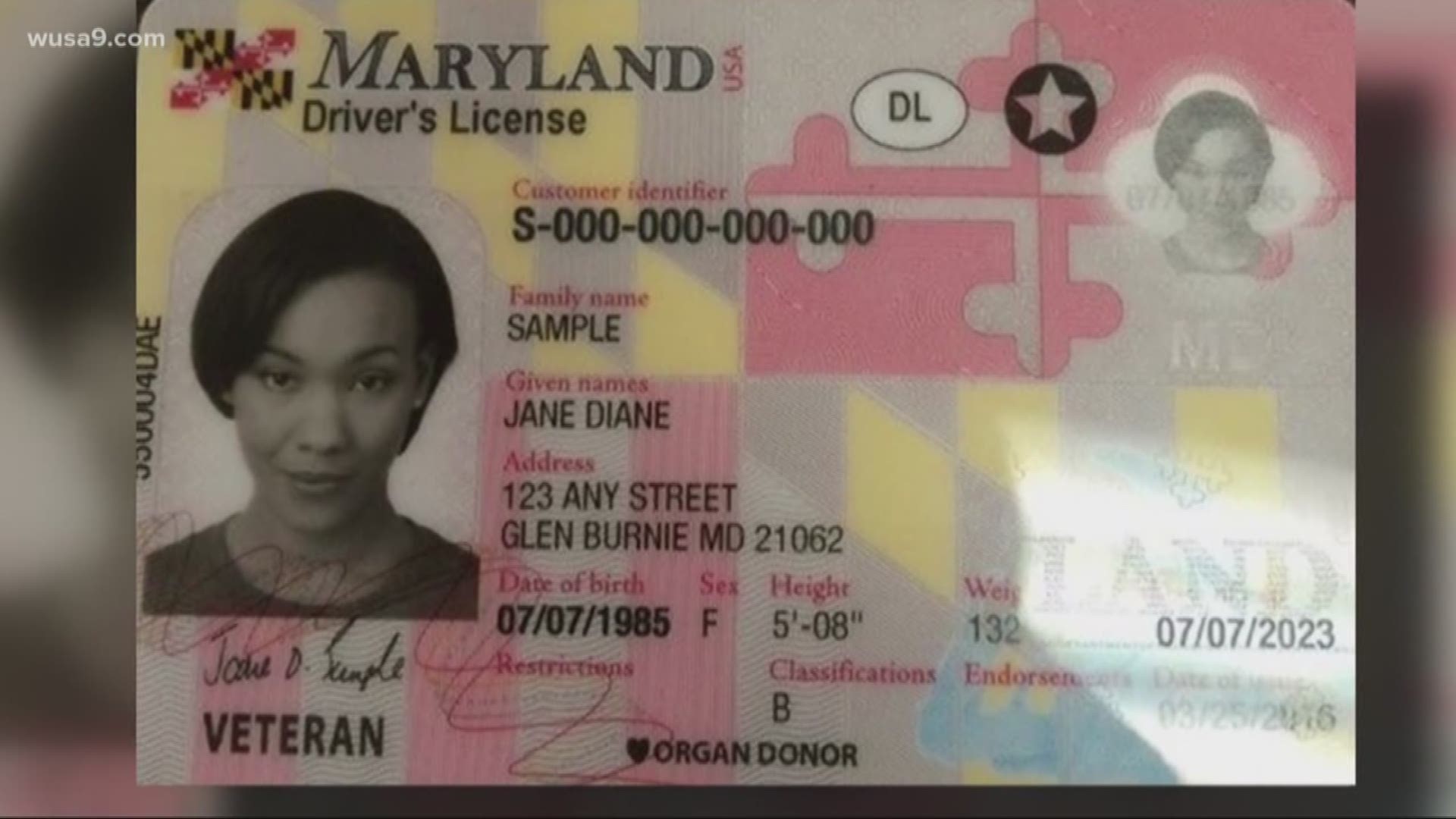 ANNAPOLIS, Md. — A Maryland state delegate is drafting emergency legislation that would protect drivers whose licenses may be confiscated by police during the state's transition to REAL ID.

Customers who have been notified must return to the Motor Vehicle Administration to prove their age and identity. The MVA will flag licenses of people who have not returned and those drivers will risk having their IDs confiscated by police in a traffic stop.

Maryland state Delegate Eric Ebersole is worried that confiscating licenses will create problems because those drivers may continue to drive without possessing a valid driver's licenses, a violation of state law.

He expressed his concern in a letter to the MVA on Thursday.

"We have a problem with law enforcement taking a license from a driver on the spot. We have laws that say you have to carry your license with you. I am concerned about this potential unfairness to drivers."

As part of his emergency legislation, Ebersol suggests that the MDOT documentation given to drivers after their license has been confiscated be recognized as a temporary license. This way drivers will still be in compliance of Maryland law requiring a physical drivers license to drive on Maryland roads.

There are already 8,000 drivers who's licenses have been flagged and that number is expected to increase as more Maryland customers are notified to update their IDs, according to Ebersole's spokesperson.

A MVA spokesperson said, "We continue to work closely with law enforcement as well as our customers to ensure they are able comply with the requirements of federal REAL ID Act. We’ve made great strides getting customers into our offices to get their documents on file and have incorporated extended office hours, appointments, courtesy phone calls and reminders for appointments into our outreach plans," in response to Del. Ebersole's letter.

U.S. Department of Homeland Security has given the Maryland Department of Transportation Motor Vehicle Administration its stamp of approval for its compliance with federal REAL ID requirements.

The re-certification affirms that Maryland has all documentation and security procedures in place that are required to make the state’s REAL ID driver’s licenses and identification cards compliant with federal law.

RELATED: 43,000 Maryland drivers have until July 3 to show documents for Real ID