One driver involved was charged with reckless driving, failure to maintain proper control. 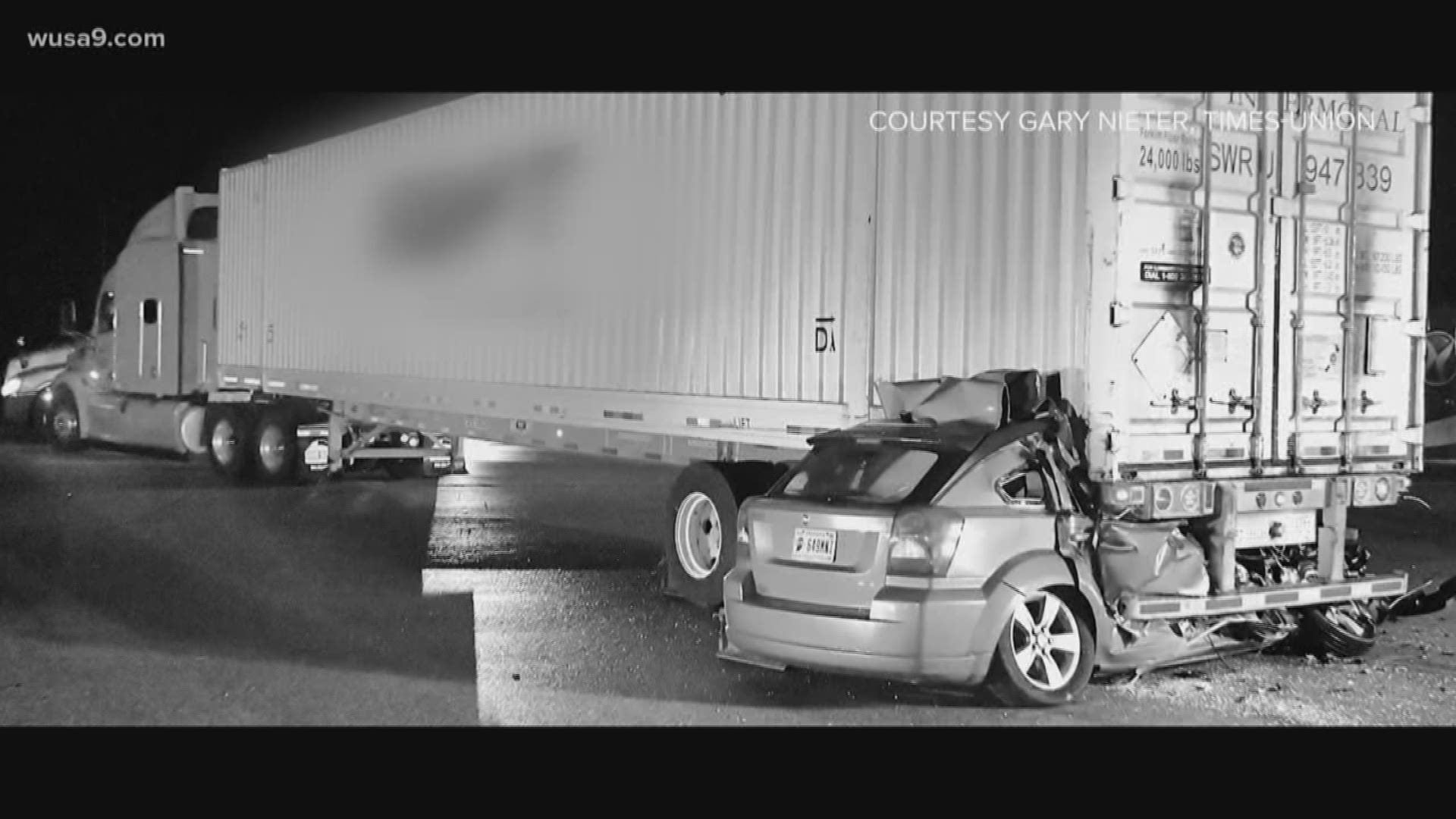 FAUQUIER COUNTY, Va. — A 19-year-old Manassas man is dead and another 19-year-old is injured and charged with reckless driving following two-vehicle accident in Faquier County on Saturday.

According to police, the accident happened Saturday around 1:10 p.m. at Route 612 near Brent Town Road, about six-tenths of a mile north of Route 610.

The driver of the Ford F-450, Brayan Moreira-Saravia, 19, of Brandywine suffered minor injuries. He was wearing a seat-belt.

The passenger in the F-450, Brian Reconis,19, of Manassas wasn't wearing a seat-belt and was ejected from the vehicle. He died at the scene as a result of his injuries.

The driver of the Ford F-150, a 31 year-old man, of Virginia Beach, wasn't injured in the crash. He was wearing a seat-belt.

Moreira-Saravia was charged with reckless driving, failure to maintain proper control. The crash is under investigation.