Kenny Sway is known to many in D.C. as the guy who's sings Adele outside of the Chinatown metro. 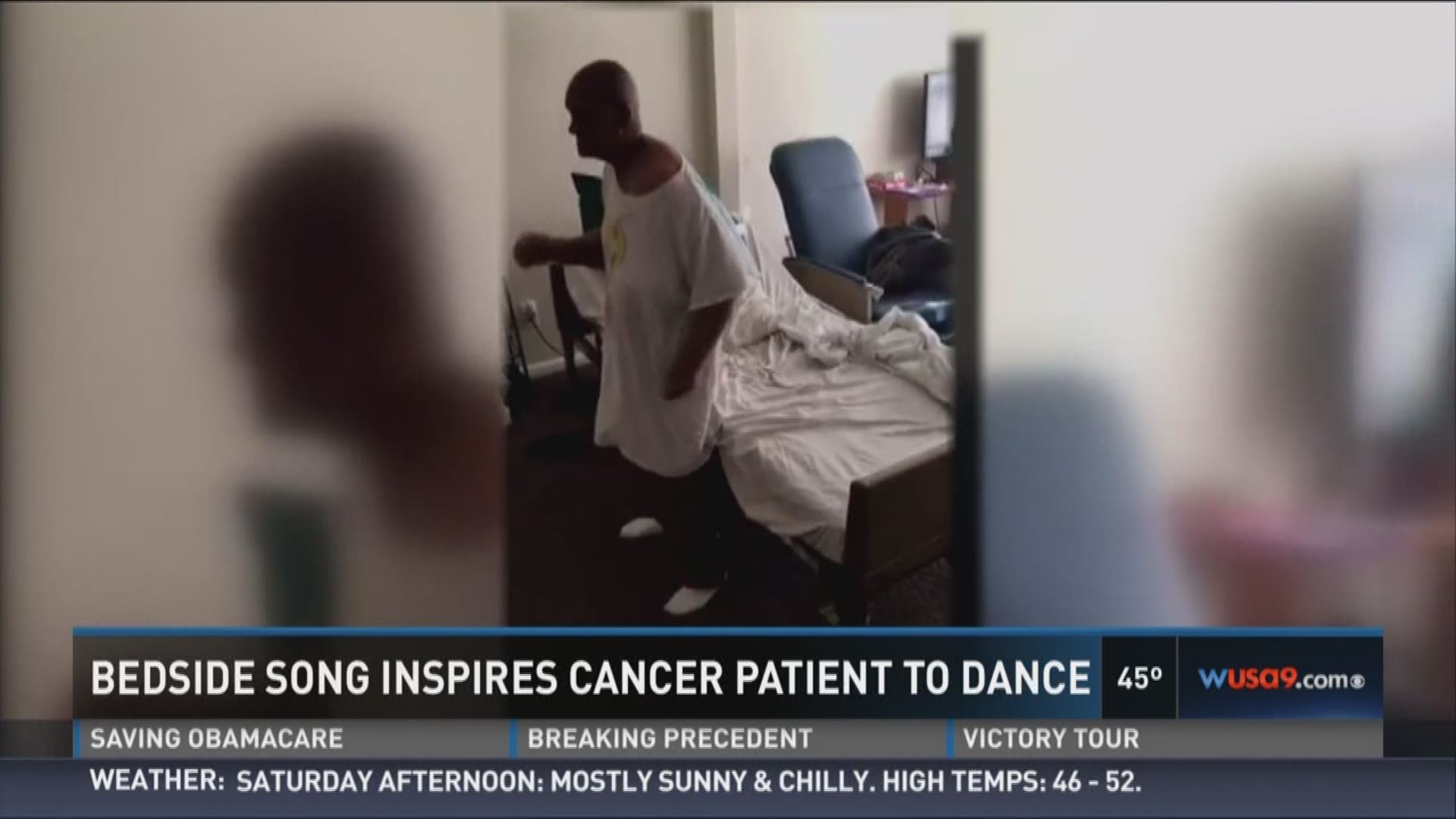 Kenny Sway is known to many in D.C. as the guy who's sings Adele outside of the Chinatown metro.

The Maryland native is always singing, and people are often talking about it on social media.

That's exactly what they're doing right now, but this time it's different.

He says the woman's name is "Ms. Amanda" and she's the mother of one of his friends.

"One of my friends Antonio called me and was like, hey my mom is feeling kind of low and can you come sing some songs, you know, to uplift her spirit... I was like man I'll do it for you."

He drove to her home in Northeast, D.C. and did what he does best - sing.

"When I opened up my mouth," Sway began, "it's like the spirit just moved her and that's when she started dancing. It's like she was getting her strength back."

In the video, Ms. Amanda can be seen slowly standing up. As she carefully stands next to her bed, Sway begins to sing a song and Ms. Amanda starts to dance.

"I thought she was just going to lay there," he told WUSA9. "But when I started singing her favorite song, [by] Smokey Robinson, she just got up as if nothing was wrong."

"Music moves, you know. In many different ways."

Sway says he didn't do it for the attention. He wasn't paid to preform and just wanted to be their for a friend, but he says it's "beautiful" to know other people are seeing it.

"It a beautiful thing because it's positive," he said. "You know people can relate because there are some people out here really struggling with cancer or may have a loved one who's struggling with it."

Update: Ms. Amanda's health has deteriorated and she's in hospice care. You can help her here: https://www.gofundme.com/amandapinkwings